Who makes the strongest argument against equitable policing in America? The police. 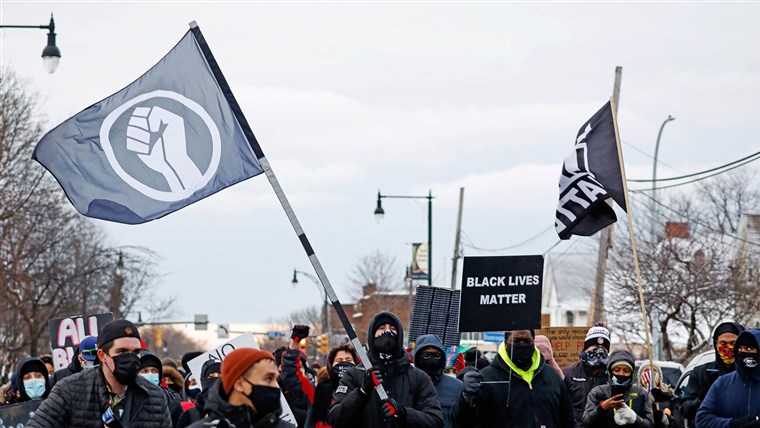 Who makes the strongest argument against equitable policing in America? The police.

Just months after the death of Daniel Prude, a Black man who was suffocated to death by Rochester Police while experiencing a mental health crisis, Rochester police have made headlines again for obscene brutality towards another Black person.

On Friday, January 29th, at around 3:30 in the afternoon, Rochester police responded to a family disturbance call. Elba Pope had gotten into an argument with her husband outside their home and called the police. When police responded, they found Pope’s nine-year-old daughter in distress outside after she overheard the argument between her parents.

Pope had attempted to get her daughter to go back inside, but when the police arrived, the girl pleaded for her dad as they tried to put her in the back of a police car to take her to the hospital. According to the Deputy Police Chief, she expressed suicidal ideation and in the body cam video was heard saying she wanted to “murder” her mother after believing to witness her father with a stab wound inflicted by her mother. No news reports say that her father was stabbed.

The body cam released on January 31st is disturbing. It starts with an officer chasing the nine-year-old before catching up to her and grabbing her. Throughout the video, the responding officer grips the girl’s arm. A woman, presumably the girl’s mother, yells profanities. The initial responding officer continues to grip her arm and when backup arrives, instructs the other officer to put her in his car. Two officers then wrestle the nine-year-old child into handcuffs while she yells for her dad. Once they get handcuffs on her, she is lying on the ground in the snow, covered in snow, pleading with the officers to help her mother, who is pregnant. It is unclear where her mother has gone, presumably back into the house.

Then, it appears that the initial responding officer yells at her to get up and proceeds to demand that she get in the car. All the while, the girl continues to scream for her dad. At one point, the officer threatens someone, saying, “You’re going to go to jail now too,” but the body cam has been knocked off and it is unclear to see who he is talking to.

The girl continues pleading, “I just want to see my dad, please.”

At one point the officer says “I don’t care [unintelligible].”

When the body cam is picked up off the ground, the girl is leaned out of the car, her feet keeping the door from closing.

As a female officer tries to get her in the car, the responding officer returns, yelling at the girl to get in the car. Then the female officer tells her “it’s [her] last chance, unless pepper spray’s going in [her] eyes”. The girl responds by crying out, “No, you said that you were going to pepper spray me. No, please. Now stop.” The woman continues to try to get her to sit back, at one point the girl yells “I got a bad arm.”

Another officer then says, “Just spray her at this point.” The officer uncaps his pepper spray, but it is the female officer with her own pepper spray who sprays the girl.

“Unbelievable,” the officer who said to spray her tells the other officers.

But what’s truly unbelievable is the level of cruelty the officers responding displayed to a nine-year-old child. This is a nine-year-old little girl being roughhoused by grown adults. Not just adults, but supposedly “professionals.” This is their job, and the way they deem most effective to communicate to a distressed girl is to order her around, physically grab her, threaten her, and pepper spray her.

According to the New York Times, “At one point, an officer said, ‘You’re acting like a child.’ She responded, ‘I am a child.’”

Officers pepper sprayed a girl who was crying and pleading because they’d grown impatient. That’s what this was. While the police union might claim that they broke no policies, and the department claims that an “irritant” was “required” after she did not “obey commands,” that equates to the idea that impatience is justification for traumatizing a child, and that cruelty is codified.

It astounds me that anyone would think the best course of action was to essentially abduct a child off of the streets while she was in distress and calling for her dad. These are strangers, trying to put a child alone in the back of the car.

But this was about control. The police traumatized a nine-year-old because they could. Because that was easier than talking to her like a person whose emotions might be worth consideration. There are no real consequences or accountability for the violence police regularly inflict upon children and communities. Though technically “officers of the law,” police actions are often extrajudicial—subject to the whims of a responding officer, with no consequences for violence or illegal actions because these scenes keep happening over and over.

On Monday, February 1st, one officer was suspended and two others were put on leave, though it is unclear which. An internal investigation is ongoing.

According to ABC7, officers said it was not the first time the nine-year-old had been taken into custody. This information begs the question: how much more trauma will the police inflict on this child?