"You Go Through More Men Than Taylor Swift": Netflix's 'Ginny and Georgia' Called Out for Sexist Joke

Aindree Chatterjee
and
March 15, 2021
in
Women's Rights
Courtesy of Vulture 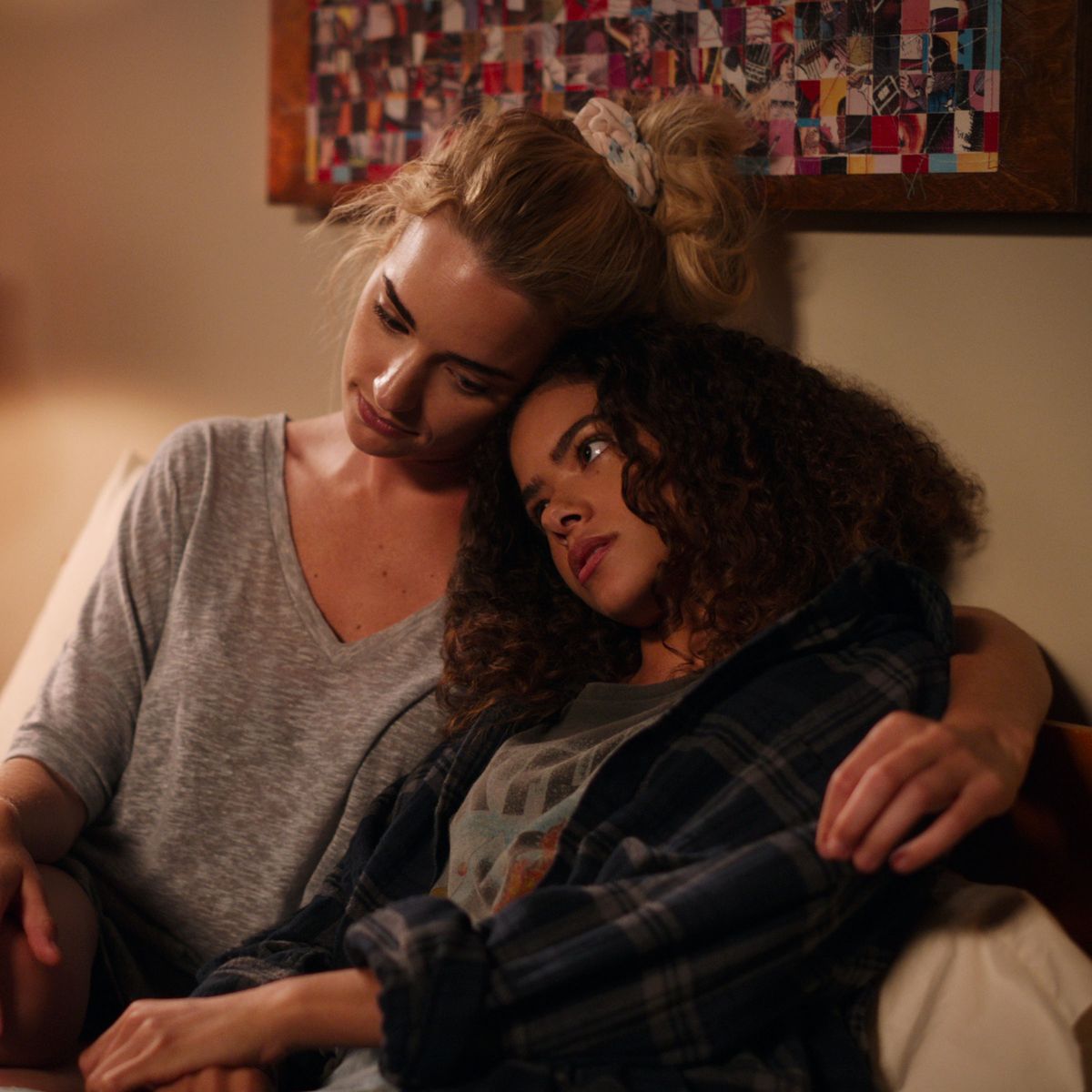 Time and time again, Netflix shows have been called out for various controversial scenes. Earlier in 2021, the period drama Bridgerton faced backlash for showing a “lack of consent during sex” in an inappropriate manner. This time, Netflix’s new young adult show Ginny and Georgia received criticism for a sexist joke regarding popstar Taylor Swift’s love life. In the episode, Ginny, the main character of the show, is seen telling her mother: “You go through men faster than Taylor Swift.”

Taylor Swift and her fans certainly didn’t find the joke to be humorous. Fans were displeased with the misogynistic joke and created the hashtag “#RESPECTTAYLORSWIFT” trend on Twitter to express their dissent. Many fans blasted the streaming platform on social media, claiming that the show was indeed promoting slut-shaming and misogyny with these jokes.

“Hey Ginny & Georgia, 2010 called and it wants its lazy, deeply sexist joke back. How about we stop degrading hard working women by defining this horse shit as FuNnY”, the AMA “Artist of the Decade” winner tweeted. “Also, @netflix after Miss Americana this outfit doesn’t look cute on you. Happy Women’s History Month I guess”, she remarked referring to her documentary on the streaming platform. She has told in the same Netflix documentary how she herself strived to “de-program the misogyny in [her] own brain.”

Netflix and the crew of “Ginny & Georgia” have not yet responded to Swift’s tweet. Antonia Gentry, the actress who plays Ginny, has received threats and hate from Swifties - Taylor Swift’s self-proclaimed fans- on Instagram. “Like, there is no such thing as a slut. There is no such thing as a bitch. There is no such thing as someone who’s bossy, there’s just a boss”, Swift had said, expressing how she renounced reductive criticism. With her chart-topping album 1989 in 2014, supposition began over singer Harry Styles as the album’s primary focus, with many urging the pop icon to cease the “sexist” obsession with writing about her love life. Highlighting this on the Australian radio show Jules, Merrick, and Sophie that year, she expressed her frustration over how neither Ed Sheeran nor Bruno Mars were criticized for writing songs about their romantic lives.

Celebrities too have voiced their opinions in support of the 31-year-old singer-songwriter. British actress Jamila Jamila, American soccer player Abby Wambach, and other celebrities retweeted her words. Fans were quick to point out positive references about Swift’s wonderful career in shows like Grey’s Anatomy.

However, the perpetrators of misogyny and slut-shaming are innumerable and spread out all over the world. This controversy is just an instance of society’s horribly sexist outlook that has an adverse effect on the self-respect and spirits of women. Boys are praised for their sexual “conquests”, while females are shamed and called derogatory names like “skank”, “whore”, or “slut”. These terms are promoting sexism and hence should never be used, even if the situation seems light or comic.

Taylor Swift, who has served as an icon for teenagers and adults alike, has a released song named “The Man” in one of her earlier albums, which essentially focuses on society’s double standards. “And I'm so sick of them coming at me again/'Cause if I was a man/Then I'd be the man” the lyrics went. Netflix’s “Ginny and Georgia” is yet again a testimony of how we have failed to modify society’s views of strong, empowered women. So, this Women’s month, let’s all strive to fight society’s biases and toxic patriarchal bigotry together!