The death toll in Yemen has far surpassed 10,000 civilians -- a result of the ongoing two-and-a-half year civil war that is ravaging the country.

Nawaal Ahmad
and
December 25, 2019
in
Justice
Courtesy of Manila Bulletin 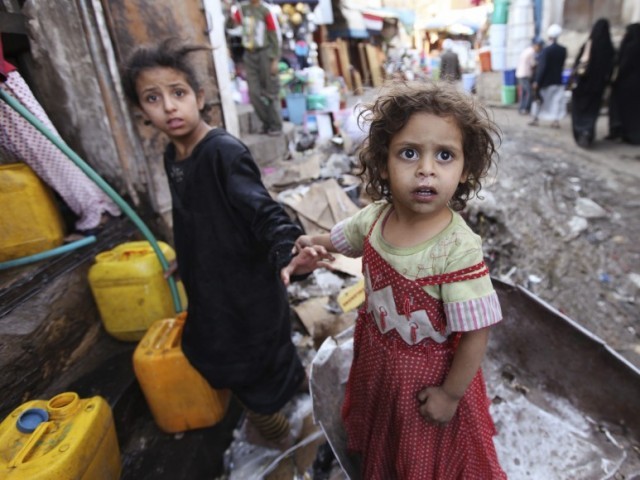 Land, homes, lives, clothes, scarves, sandals, notebooks, calendars, toys, food, water, safety, happiness, and family: all snatched by the greedy and merciless hands of the Houthis and Yemeni government. The death toll in Yemen has far surpassed 10,000 civilians -- a result of the ongoing two-and-a-half year civil war that is ravaging the country. That number has since grown while the rebels and government forces continue to feed the bloodshed on their own soil. Every single day another tally is added to the categories: “Dead”, “Alive”, “Alive and Dying”. Neighboring countries have attempted to send aid to the gasping country, but Saudi Arabia’s blockade has prevented any humanitarian relief from reaching the densest areas. The blockade was partially lifted on December 1st; however, a partial lift was insufficient to move an effective amount of resources into the borders. Saudi-led coalitions against the Houthi rebels have taken the lives of more than 5,000 civilians -- over 1,000 wide-eyed children. Nevertheless, United Nations forces have been working ceaselessly to dispatch medical personnel, food, and water to the country. The crisis has forced over 20 million civilians to survive in a state of emergency since the commencement of this atrocious war 2 years and 8 months ago. To emphasize the urgency of this situation for these men, women, and children, one must understand that the contamination of daily drinking water and lack of sanitation has polluted the country for years before the current situation. The violence brought about by these groups has left the Yemeni people helpless, distraught, and on the verge of famine. Human lives and limbs are being shattered in the name of power. Mothers of all ages are watching their feeble children die of starvation, thirst, and infection; they have already lost so much and now they continue to lose each other.

One child dies every ten seconds. One thousand a week. How can anyone live knowing the blood of their own is on their hands? How can one person possess the emotional strength to strangle an entire country of innocent people without hesitation? We may never completely understand the motives of the violence but we are more than capable of redirecting our resources and time to those who are struggling to see hope in the dust of the rubble that has yet to clear. Regardless of how hard one tries to imagine the battles a Yemeni citizen fights every day, one could never justify the pain these people endure daily.

Whether it be as fellow Yemenis, fellow Muslims, fellow refugees, or fellow humans, we must find a cause to unite against the evils of greed, violence, famine, and fear. We must disconnect from our bubbles of security and reconnect with our love for one another. Everyone can start by donating here, here, or here. Together, we possess the power to change the route of Yemen’s impending famine: act now or forever hold your peace.