A record number of women take their civic duties to the next level as they commence their journey to becoming political heroines. 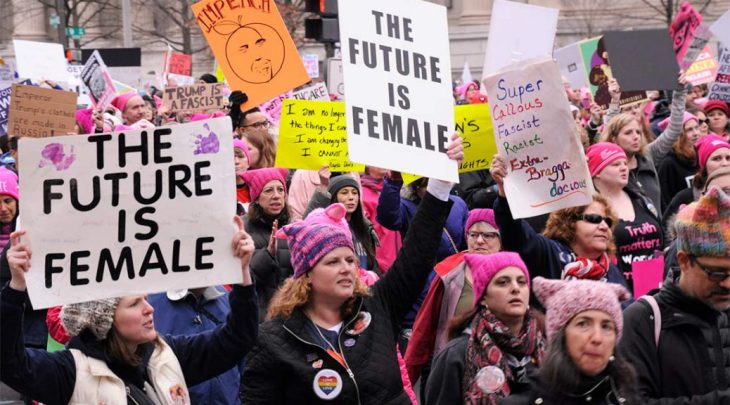 A record number of women take their civic duties to the next level as they commence their journey to becoming political heroines. Currently, women account for approximately 20% of the House and Senate. This new year in the Trump era has introduced over 500 female candidates to the primaries across both parties. In contrast, just two years ago the number of women running for Congress barely scratched 300. While the number of men running for these same positions is almost four times as many as that of women, these fearless pioneers are not discouraged. Mothers, daughters, teachers, veterans, doctors, and Americans -- fighting for a spot to rightfully represent their districts in this year’s primaries.

A handful of the candidates such as Gina Ortiz Jones, Amy McGrath, and Mikie Sherrill include the title of ‘Veteran’ in their already impressive resumes. They draw on their unique ranges of life experiences as qualifications for their positions as they face off against female and male Republicans, as well as incumbent opposition.

Much of the female turnout results from strife believed to be caused by President Trump and the disapproval of his administration’s latest policies, actions, and comments. “This is all coming out of a moment of realization that elections have consequences and women can’t afford to leave politics to someone else,” says the director of the Center for American Women and Politics at Rutgers University, Debbie Walsh. For the 2018 Midterm election, the Democratic Party will be defending 25 seats while another 8 seats are held by Republican incumbents. The Democratic Party must also defend seats from 10 states that supported Donald Trump in 2016.

One primary victor, Alexandria Ocasio-Cortez for New York Congressional District 14, recently won out against Democrat Joe Crowley who has been representing the district for five years now. A quote from Ocasio-Cortez’s YouTube campaign video indicting Joe Crowley as a inadequate representative for the Bronx and Queens area states: “A Democrat who doesn’t live here, doesn’t send his kids to our schools, doesn’t drink our water, or breathe our air cannot possibly represent us.” Ocasio-Cortez takes the primary as a teacher, a citizen, and a member of her community.

Women all across the country have launched themselves into the dynamic political atmosphere of the United States as novice politicians. They rise to introduce a new female to the world of politics where they will use their insight and fervor to shatter stereotypes.

Sexism Has No Place in the Medical Industry