Overcoming incorrect views on the nature of female victim-blaming is necessary to free women from the oppression they face.

Diego Jaramillo
and
June 17, 2022
in
Women's Rights
Courtesy of Preen 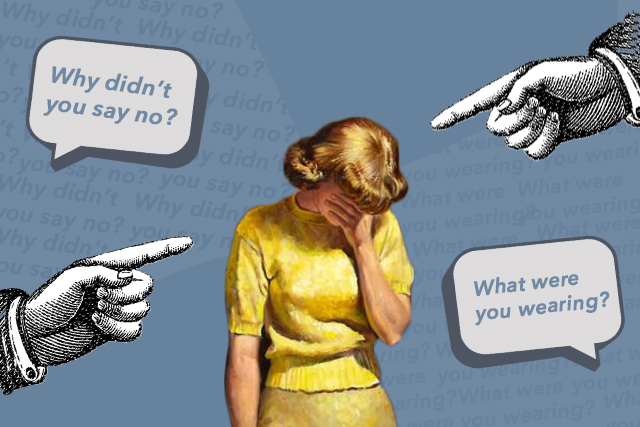 In the Middle East and North Africa, the presence of right-wing extremist groups presents an overt threat to the rights of women. Some women who otherwise wouldn’t have done so are forced to wear head-to-toe coverings. Marital rape is considered a valid expression of love for the male patriarch of a household. Women are regularly sold into sex slavery, and many of them are killed in the process. These facts have been made abundantly clear to those living in the West, leading many to view the entirety of the Middle East as a barbaric and backward land. However, only acknowledging the patriarchy’s offenses across the world necessarily detracts from critiquing its crimes at home.

In the United States, anywhere from 15,000 to 50,000 women and children are forced into sexual slavery every single year. In his article entitled When a Woman Isn't in the Mood: Part I, popular conservative pundit Dennis Prager begins by stating, “It is an axiom of contemporary marital life that if a wife is not in the mood, she need not have sex with her husband. Here are some arguments why a woman who loves her husband might want to rethink this axiom (Prager)”. Additionally, although American Christians don’t seek to enforce the wearing of modest clothing, they do claim that dressing immodestly ‘distracts’ men from remaining righteous, and that women ought to dress in less revealing manners to prevent being sexualized. In other words, the supposedly ‘free’ United States and the ‘barbaric’ Middle East share identical practices of violence against women, albeit in different forms.

These crimes of sexual assault and domestic violence are the primary area of social life where the blame for male problems is placed on the shoulders of female counterparts. Though they are always represented as completely opposite viewpoints, Middle Eastern countries’ insistence on modesty and their suspicion of female sovereignty equally reflects the views of many Americans. In the United States, it is almost instinctual to ask what the woman was wearing, how they engaged with the assailant, or their motive for coming forward before believing the legitimacy of the woman’s claims. These points are especially prevalent in accusations made against public figures. Both Former President Donald Trump and President Joe Biden have been accused of sexual assault by several women, and the immediate reactions from each supporting party was to functionally ignore the claims by treating them as just ‘getting back at someone who’s now famous’. The supposedly ‘progressive’ social attitudes of the Democratic Party were completely thrown out the window when it was politically inconvenient to follow through with them. Unsurprisingly, this is the exact reason women are still blamed for their victimhood. The immediate willingness of even the more progressive half of American politics to fall into alt-right victim-blaming necessarily prevents women from escaping their role as scapegoats, no matter how much these progressives claim to do the contrary.

Views such as these continue to harm female victims of the other aforementioned forms of violence as well. American women sold into the sex trade are demonized as having worn revealing clothes, or having done something ‘wrong’ in their lives to make themselves a target. Worse still is their time in the trade itself, where brutal acts of violence are committed against them due to patriarchal notions of male dominance. In spite of the potential consequences for doing so, the victims are often blamed for remaining in the trade in the first place. They are criticized for being forced in, and faulted for not getting out. Issues of marital rape in the United States are far from solved either, as, although it is now banned in all 50 states, certain statutes barely cover the entirety of the issue. In Oklahoma, for example, the only form of marital rape covered by the law is the violent, forceful kind, completely ignoring rape induced by drugs that lead to the inability to give real consent. These policies would have certainly fared well in Missoula, Montana, where U.M. students raped countless women on the grounds of them ‘consenting’, despite the fact that these women had blood alcohol content levels higher than the legal consent limit in the state. Even when women are protected by the law from drug-induced rape, they are still blamed for getting themselves there. Under current legislation and political attitudes, there is no way for women to escape the abusive cycle of victim-blaming in any part of the world.

The purpose of this article is not to claim that the United States specifically has the same problems as the rest of the world. Rather, it is to use the U.S. as a representative for the entirety of the Western world. 5 men in Spain were recently acquitted of a group rape that was recorded on video, and the female mayor of Cologne, Germany, publicly suggested a “code of conduct” for women in the city after over 90 suffered violence on New Year’s Day. To cover the crimes of the patriarchy in every country in only one article would be impossible. It is still imperative to remember that every nation, regardless of political, economic, or social standing, has female victim-blaming deeply ingrained into the social psyche. Therefore, proponents of women’s liberation mustn’t seek to make their country like any other; they should seek to fight the attitudes that, in all countries, maintain their oppression.