Her actions were not made as a call for accountability; rather, they were made to combat the often trivialized and discarded issue of sexual assault victim harassment.

Mehek Azra
and
September 22, 2021
in
Women's Rights
Courtesy of BBC 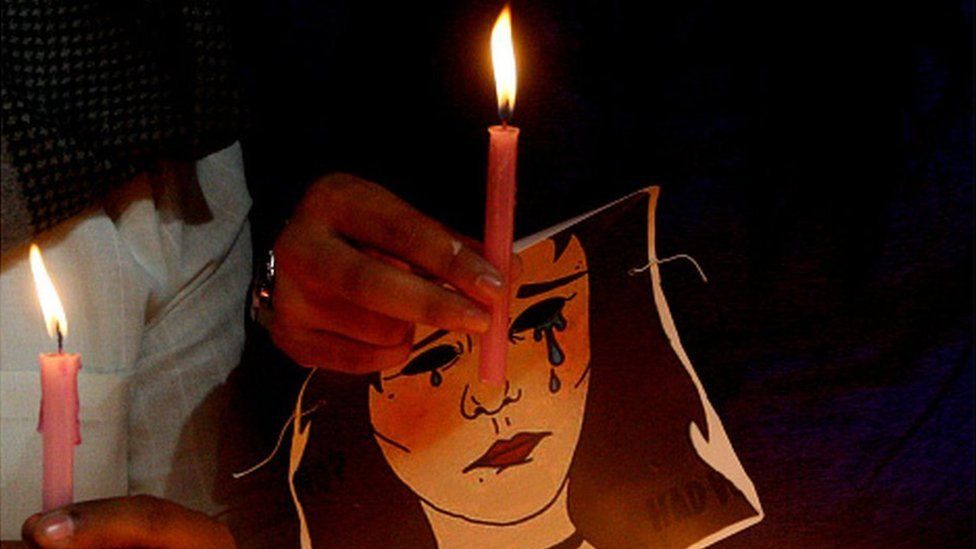 The recent horrific death of a 24-year-old woman has once again drawn attention to the unjust treatment of women in India. The woman and her male friend, both of whom remain unnamed, committed public self-immolation outside the nation’s Supreme Court two years after the former had accused then-newly-elected Member of Parliament Atul Rai of rape. When the accusation was made, Mr. Rai firmly resisted her claims but was arrested a month later and has spent the past two years in prison.

As it is clear that the woman was one of the few who have seen their rapists held accountable, her recent tragic action may seem baffling. However, her actions were done not as a call for accountability, but rather to combat the often trivialized and discarded issue of harassment of sexual assault victims. The MP had been using his influence to harass her and had called on his family to defame her in court and have her arrested. On a Facebook live conducted on the day of the recent events, she and her friend accused several police officers and a judge of assisting the MP in her harassment.  Because of his name and power, it was easy for him to try to sabotage an innocent woman’s life, and it was clear that the system had failed to provide the victim with protection and security.

According to Geeta, the woman had said, “We have reached the destination they wanted us at. They made efforts for the past year and a half to push us to this point.” In a country wherein sexual crimes and rapes run rampant, victim protection is of the utmost importance. Such acts have been in the public eye for years, especially after the tragic demise of a 23-year-old who was gang-raped by five men on a bus in Delhi. This sparked outrage within the Indian population and pressured the government to erect stricter laws to prevent future cases like this.

However, despite the progress made, women are still being mistreated and abandoned. This woman is one of the thousands who had been forced by government negligence to take matters into her own hands. As Geeta reports, in 2018, the police recorded 33,977 rape cases in India. While this is already a horrifying number, it does not even take into consideration those that go unreported. Especially when the accused are in possession of wealth and fame, the system fails to provide victims with the justice they deserve. Innocent people should not have to resort to harsh and severe actions in order to be taken seriously by those in authority.

The reason why sexual crimes still occur is that the perpetrators do not get the proper punishment, in most cases. Regardless of what position they hold politically or socially, the culprits must be held accountable for their heinous acts. Due to this particular reason, a lot of women do not bother to report their assault. They are aware that, just like thousands of others, their situations would likely be disregarded and brushed off, which in turn allows rapists to get away with their crimes. This promotes not only rape culture, but fear among the female population. We must join together in calling for proper law enforcement and for the reassurance that victims of sexual assault will receive justice. The government and those in power cannot simply ignore their stories and pile them up as “unimportant” cases.