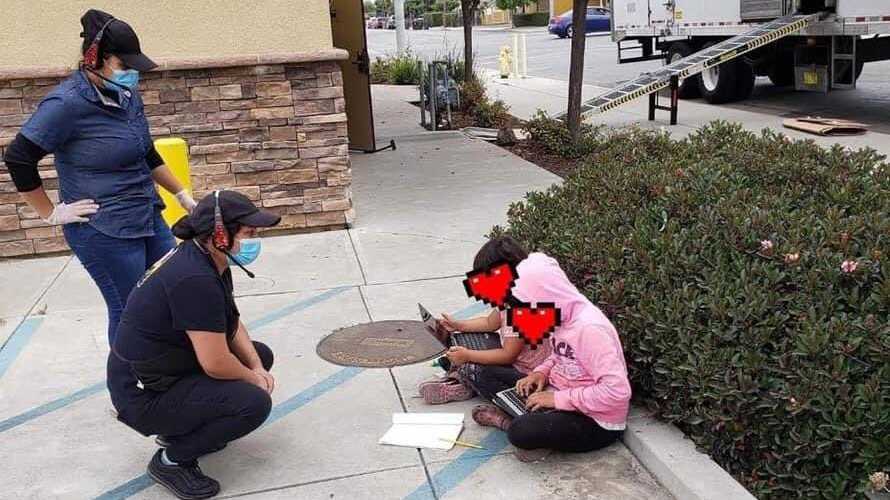 Of the 25 richest cities in the United States, California is home to eight of them. This comes as no surprise; the technology and entertainment capitals of the world are both a part of California, serving as a spotlight for glamorous movie stars, distinguished tech moguls, and wealthy entrepreneurs. However, Californians with less fortunate circumstances face a drastically different reality.

Most recently, online schooling has worsened the educational inequities that harm impoverished communities. For example, only 45 minutes away from Silicon Valley - the most expensive place to live in the country - two girls in Salinas Valley were seen doing their schoolwork in a parking lot so that they could connect to a nearby Taco Bell’s WiFi. Upon seeing the photo, Amy Ish, president of the Salinas City Elementary School District, stated that “the digital divide is very real and delays in receiving needed technology are a statewide concern.” Fortunately, the district has provided the two girls with a hotspot so they can access their schoolwork from their homes.

That being said, this overarching problem is far from over and spans far greater than California’s state boundaries. According to a study conducted by Common Sense Media, up to 30% of schoolchildren—as many as 16 million American kids—lack internet access or laptops for online learning. Many families don’t even know how computers and hotspots work. Additionally, less affluent parents often need to work full-time jobs, which prevent them from providing the emotional support necessary for their children during this difficult time. Due to the nature of their jobs, the poor are also often overexposed to risk and lack sufficient access to healthcare. With all these factors taken into consideration, it’s absurd to expect children in such families to keep up in their online classes.

Falling behind in school due to a lack of resources only perpetuates the poverty cycle: emotional and technological limitations prevent the poor from mastering content, which in turn makes them less likely to attend college and pursue high-paying careers. Andrew Diaz, a low-income high school student with a single mother, told the LA Times that online schooling made him feel “depressed and unmotivated.” By the end of April, he had only turned in one complete assignment. “I feel like when I move on to 11th grade, I’m gonna be behind, and everybody’s gonna, like, be smarter than me, and I’m afraid,” he said.

Among the countless hardships COVID-19 has created and exacerbated, insufficient resources for online school directly hinders impoverished youth from pursuing a more prosperous future. It’s time to address this disparity between rich and poor students; government funding for schools, especially the ones in poor neighborhoods, needs to increase to ensure that lower-income students can still pursue an education. Districts need to provide more emotional support to encourage these students to continue learning during this crisis. It will take years to offset the effects of COVID-19, but providing all students with the resources necessary to succeed in school is the first step in reducing the pandemic’s long-term impact.