Why You Should Be Supported, Out or Not, on National Coming Out Day

This Wednesday marks an important holiday for the LGBTQ+ community: National Coming Out Day. 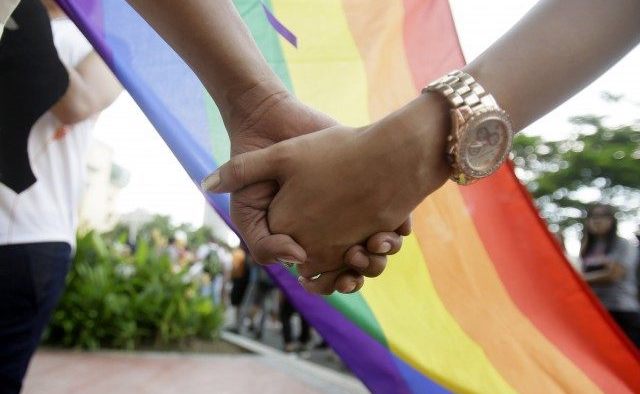 This Wednesday marks an important holiday for the LGBTQ+ community: National Coming Out Day, used by LGBTQ+ people to take pride in who they are and by allies to show their support.  Though this is its 30th anniversary of existence, many are unaware of this holiday; however, social media is helping it gain more and more recognition each year.

A common misconception regarding this day is that it is pressures those who don’t want to into coming out, so it is important to note: coming out is not mandatory.  Coming out is a decision that is entirely yours. If someone is pressuring you to expose yourself in a way you’re not comfortable with, remind them that anything regarding your identity is not their choice. Conversely, don’t “out” anyone else. Just like your coming out is your choice, their coming out is theirs.  In addition, National Coming Out Day is not the only time you can come out. You can come out whenever it feels right for you, and this day is simply to celebrate both those in the LGBTQ+ community who have come out and those are still closeted.

In order to give a perspective of what coming out may look and feel like, I’ll share my experiences from past years.  I understand that my coming out story may not be the same as anyone else’s may be, but I recognize that telling my story might help someone gather enough courage to come out to their peers.

I came out three separate times in my life, to three different groups of people. The first was to my friends. Though it was hard to do, I was lucky enough that they immediately accepted me for who I was.  Without them, I would not have gathered enough courage to come out again. If you don’t think your family will support you as an LGBTQ+ person, come out to your friends first and see how that feels.

My mother wasn’t as understanding as my friends were.  She told me I was too young to know my sexuality (which you never are) and told me to keep it to myself.  Her reaction discouraged me from coming out to the rest of my family out of fear that they would react the same way.  As I mentioned earlier, coming out is a choice. If you don’t want to be out, that is okay, as long as you’re comfortable with it. I had been ready to come out to others, but with one person’s reaction, I lost that feeling in an instant. It’s okay to change your mind, to be choosy about who you come out to. However, if you face one bad experience, it doesn’t mean the rest will be the same, and it’s likely others will still accept you.

This year, my school’s GSA had a party to celebrate National Coming Out Day.  Towards the end, we had an open floor, where anyone could hold the rainbow flag and come out.  As more people went up, I gathered more and more courage and eventually, made my way up myself.  With this action, surrounded by peers who felt the same as I had, I felt incredibly supported. If you are feeling isolated, a GSA (Genders and Sexualities Alliance club) can help a lot, as it did with me. If your school doesn’t have one, you can start one and try to make your peers feel accepted alongside yourself.

Finally, coming out is a way for LGBTQ+ people to share their identity with people, so if someone comes out to you, please support them as best you can.  They are trusting you with a valuable piece of themselves, so handle it with care. In the meantime, happy National Coming Out Day and LGBTQ+ History Month!