Why You Need to #BurstYourBubble

Not only have we become unwilling to listen to opposing views, but we instead find ourselves following the dangerous trend of surrounding ourselves in whatever we want to hear, camping out in echo chambers of our own creation. 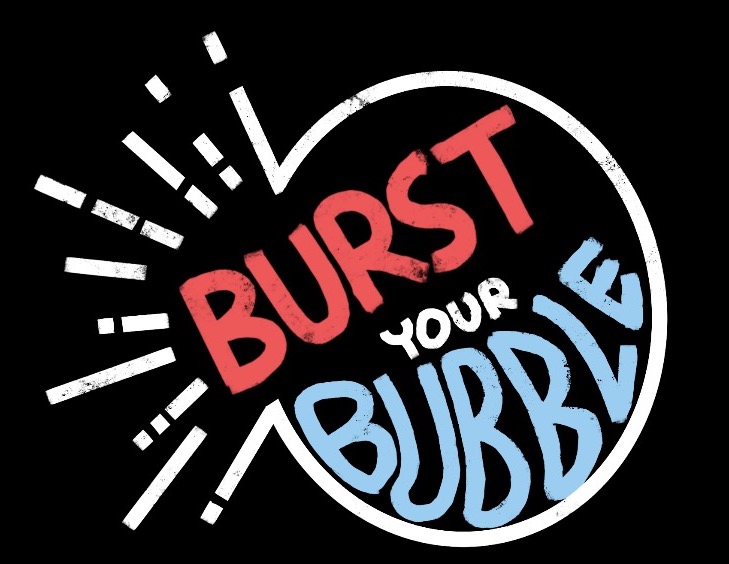 Through technology, social media, and new communication platforms, we are more connected than we have ever been. Yet, in this digital renaissance, we have also become more divided than we ever thought possible, whether it be politically, socially, economically, or nationally. We have developed defense mechanisms facilitated by our devices, enveloping ourselves in a sort of “bubble” — a shield of our own beliefs that we are often too afraid to take down, too stubborn to look beyond. Not only have we become unwilling to listen to opposing views, but we are not exposed to them either. Instead, we find ourselves following the dangerous trend of surrounding ourselves in whatever we want to hear, camping out in echo chambers of our own creation.

It is time for this to end. It is time to burst our bubbles.

Redefy would like to introduce the #BurstYourBubble campaign, designed to motivate youths to empathize with different and often unfamiliar perspectives. This can change the all-too-familiar narrative of division and alienation so that the voices of tomorrow can speak as one. #BurstYourBubble is about communicating with the most important and relevant people today — the other side. In a time in which conversations are only held within the lines that divide us, unique perspectives and differing opinions are often spurned instead of valued. But these ideas, stories, and narratives are too crucial for the growth of our collective society to be ignored for comfort and convenience.

“What would you change about your high school? What is the greatest threat to America today? What are you hopeful about?” With these three questions, we are asking teens across the nation to reach out to others — to burst their bubbles. In the official BYB campaign video, four teenagers, Deja Foxx, Juan Amaya, Hadeel Eltayeb, and Eyal Yakoby, deliberated these questions, answering them by providing unique perspectives and expanding each other’s horizons. From discussing issues such as gun control to talking about their own experiences in high school and beyond, these four teenagers worked to burst their own bubbles.

“I’ve realized that I have to be able to not just criticize those around me but to criticize myself, criticize my lived experiences, why I believe the things I believe. If we all learn how to do that, how to be more empathetic, it does feel like we would maybe burst our bubbles in a really important way,” Eltayeb stated.

Deja added that a solution to the political alienation faced by American today might be “to burst the bubbles we were placed into and to strive to see the places where our experiences interact with those of other people. We can stand in solidarity with one another in a lot of different ways and we can reject together these notions that we don’t share anything.”

On our website, you will find two of our videos to shape your understanding of the issue as well as an interactive campaign allowing you to demonstrate how you #BurstYourBubble. Explore the website, interact with the campaign, and pledge to #BurstYourBubble today.