Why We Should Not Tolerate the Supreme Court's Xenophobia

This ruling means that immigrants from Central America will be almost completely excluded from entering the United States.

Arjun Verma
and
December 23, 2019
in
Justice
Courtesy of The Mercury News 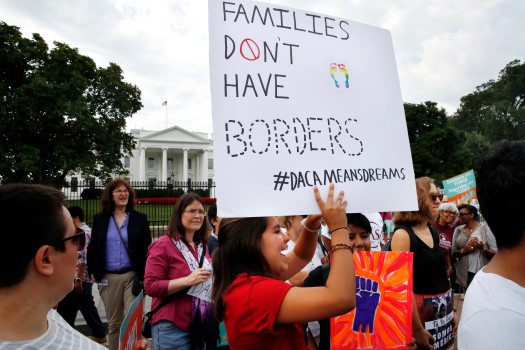 On September 11, The Supreme Court handed President Donald Trump a huge victory related to his immigration policy. Under the Supreme Court’s ruling, immigrants who migrated through a foreign country without attempting to be granted asylum would be rejected. This means that immigrants from Central America will be almost completely excluded from entering the United States.

When the United States so blatantly discourages migration from oppressive regimes, it sends a strong signal to desperate migrants that the US no longer cares about their struggles. Many migrants who are coming to the United States have escaped violent circumstances and simply have no other choice but to escape to America. Some might argue that the migrants should apply to each country for asylum to ensure the request is legitimate. However, focusing on applying for asylum in each country is often impractical for refugees.

Applying for asylum in each nation can be dangerous given the already precarious situation migrants are in. They are leaving everything they know behind, which means that they face constant danger. Whether it be deceitful guides or starvation, migrants always have to be on the lookout for potentially disastrous situations. Their home countries, plagued by despotic leaders, gang violence, and high crime rates, are no better. Therefore, the migrants’ best option is to enter the United States in order to create a better life for themselves. The requirement to waste their time applying in other countries only hampers legitimate migrants who need to emigrate to survive. Some legitimate migrants will not be able to meet the requirements due to their circumstances. For example, migrants from underprivileged regions might not have access to information about the newly enforced restriction upon immigration, which could deter otherwise perfectly legitimate asylum requests. Another possibility is that some migrants might have already come too far to fulfill this requirement.

While discouraging people may seem beneficial to stem the tide of migrants, this policy is clearly both a morally repugnant and pragmatically bad proposition. When people try to claim that immigrants are not worthy of entry into the United States, it dehumanizes them as less valuable simply on the basis of place of birth, a completely arbitrary and predetermined aspect of life. Based upon this valuation, we justify to ourselves the denial of both immigration into the United States and any hope of a better life. Just as one should not classify people based on gender or race, one should not devalue anyone due to geography, nor the circumstances they faced in their home country. Condemning them to an almost certain life of suffering cannot be tolerated by anyone. Additionally, immigrants are beneficial to everyone. Not only do they add cultural diversity and new perspectives on issues, but they also have been proven to benefit the economy.

Trump’s supposed victory through this Supreme Court decision is an atrocity. The devastation of thousands of lives based on a technicality is unthinkable. Frankly, discouraging immigration to the United States is a lose-lose situation for everybody. Thus, we need to stand together to denounce xenophobic policies like this and open ourselves up to a more diverse and inclusive world.