How an American institution serves as a lifeline for rural, indigenous, elderly, and disabled communities

Alana Esposito
and
August 26, 2020
in
Politics
Courtesy of Paul Sancya via AP 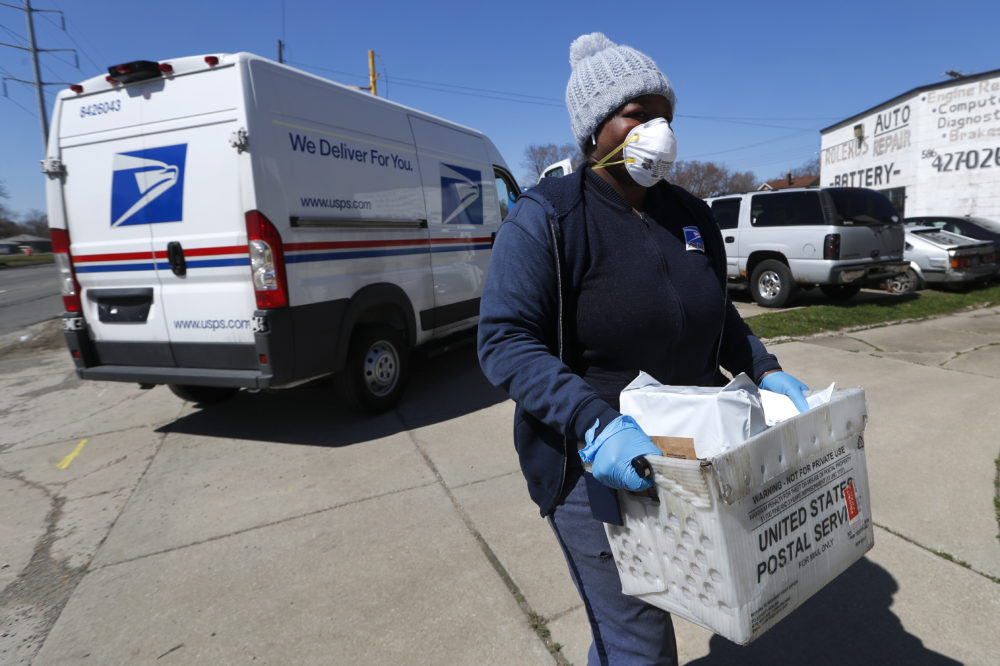 The United States Postal Service (USPS) has recently been in the headlines for actions taken by the Postmaster General Louis DeJoy. The USPS has been slated to run out of funds by September before an uptake in shipping due to the pandemic. DeJoy’s changes were intended to cut costs for a struggling Post Office. These measures include removing mail sorting machines and drop-off boxes, consolidating power, and doing away with overtime for employees. Unsurprisingly, this caused a build-up of undelivered shipments, prompting fears that absentee ballots may not be delivered in time for the 2020 election. Given DeJoy’s background, however, there seems to be personal motivations as well. DeJoy, who was appointed to his position in May earlier this year, has personally donated over a million dollars to the Trump campaign. He currently holds millions worth of stock in private competitors of the USPS. After experiencing severe backlash, DeJoy rolled back a few of these new changes in order to soothe public fear of a corrupted election; instead, these changes will now be implemented after November 3. But that’s hardly enough.

This isn’t a new fight. Postponing these supposed “money-saving” measures until after the election still endangers the people who rely on the Postal Service for both mail and job opportunities. There has been a growing effort over recent years to privatize the Post Office, which would disproportionately hurt rural and indigenous communities, in addition to the elderly and disabled.

For starters, the USPS has a flat rate for all deliveries, meaning they don’t take the accessibility of an area into account when charging for a shipment. The USPS delivers all mail, anywhere in the United States - it’s legally required for them to do so. For the disabled and the elderly, USPS is a reliable method to get life-saving medication. In the United States, as many as 20% of adults over the age of 40 who take medication for a chronic condition receive those pills via mail order. For those in rural areas, which are more likely to be affected by poverty, the USPS always delivers, whereas FedEx and other private companies often do not due to the higher costs. To this extent, privatizing the Post Office doesn’t make sense; private companies such as FedEx and UPS also rely on the USPS to deliver packages because of their coverage of the entire United States. Small businesses, like those online or on Etsy, rely on the USPS to ship products to customers all over the country. Finally, because of their range, the USPS mails absentee ballots to rural voters, a crucial aspect of democracy.

Not only does the USPS provide vital services, they also have a diverse group of employees. The USPS employs over 600,000 people and is responsible for delivering 48% of the world’s mail through the domestic service, Military Postal Service, and the Diplomatic Mail service. The USPS employee demographics are 39% minority and 40% female. Nationally, veterans account for 18% of the workforce; the USPS currently employs nearly 100,000 military members and veterans, which is three times greater than the national workforce.

The Founding Fathers, despite their shortcomings, recognized the need for private and efficient communication methods and delegated the ability to create post offices to Congress. However, the USPS is not funded by taxpayer money. It is a federal organization, with federal employees, but receive virtually no support from the government. Instead, it operates as a business, relying on shipping, sale of postage, and other services to generate revenue. So, why is it that we consider one of the hallmarks of our democracy to be a business, but we don’t apply the same language to some of the biggest government spenders, like the Department of Defense? The USPS is an American institution that is undeniably worth saving.

What can you do to help save the USPS? Start by texting “USPS” to 50409, which will automatically generate a letter to your representatives on your behalf. Consider purchasing stamps and other items from the USPS merchandise store, which will help financially keep them afloat. It’s important to remember that 600,000 jobs are on the line here; when it comes to retaining this vital democratic institution, it all comes down to us.

'A Woman of Many Firsts': Kamala Harris Makes History

Election Hysteria: The Monster Amidst Our Lives, Especially on Social Media