Literature has the ability to provide a positive representation of ethnic minorities and educate our young people about the talented individuals within those communities.

Tanishka Shah
and
May 31, 2021
in
Representation
Courtesy of 60 Seconds Online Magazine 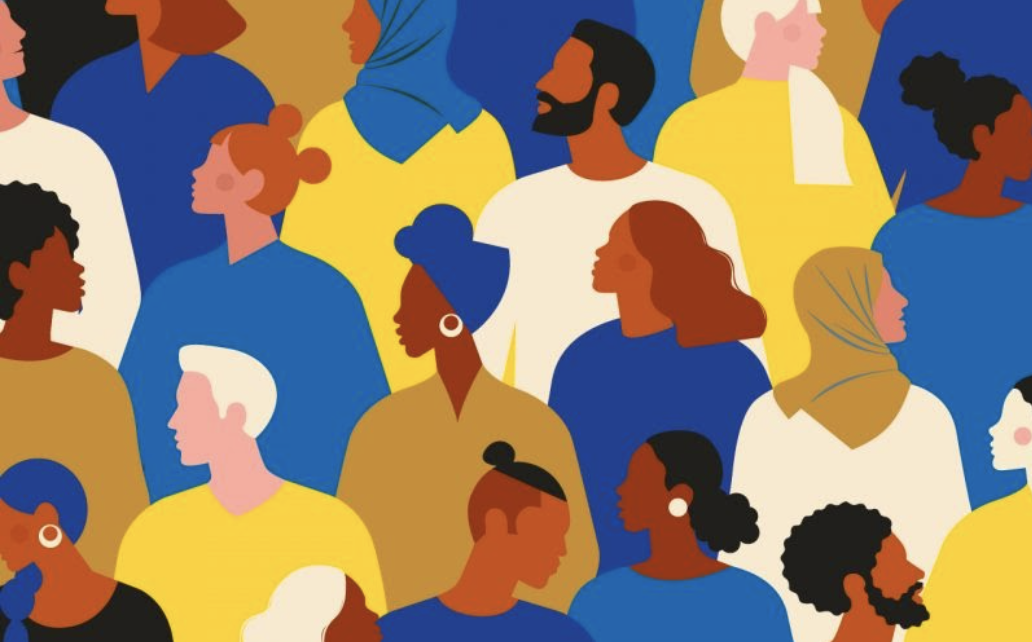 Riz Ahmed, a British actor and rapper, recently made a very powerful speech regarding the need for diversity in the art industry. He stated that if young individuals couldn't see themselves as a part of the narrative or the mainstream representation, they would turn elsewhere to feel that sense of belonging. According to him, it is the responsibility of the arts industry to reflect the patchwork that makes up a wider world and our global community.

Literature is another art form and should be doing the same. When studying texts in class, the students should have an opportunity to see themselves in the literature world. However, that is not currently the case. Literacy experts had first stressed the need for more diverse books in the classroom more than 50 years ago, and yet the current reading lists look surprisingly the same as they did in 1970. A study of children's books published in 2017 found that only 1% had a lead character from an ethnic minority background. Another 2017 analysis found that only 5.5% of children's authors and illustrators were from an ethnic minority background. For decades, school libraries and classrooms have overwhelmingly featured white faces in children's books. As the U.S. school-age population grows more diverse, students of color are significantly less likely than white students to see books with characters that look like them or share their cultural background.

For several years, campaigners have highlighted the importance of children seeing a wide range of people from different backgrounds in the literature they read and the significance of seeing themselves. Literature provides a crucial gateway into experiences and worlds that we may never encounter ourselves. A significant part of children's school is learning through stories and verses, which offers ways for these young people to understand the power of language and storytelling from an early age.

As people teach what they're comfortable with, the choices become this narrow realm of what you liked and what you're familiar with - usually the classics. But moving toward more diverse books can stretch people's imaginations and pedagogy. The classics have long been appreciated in public education as representing the "depth and breadth of our common national experience." However, what was once defined as "the norm" — middle-class, white, cisgender people — is no longer the reality in our country. In fact, in 1965, "The All-White World of Children's Books," a Saturday review article by literacy champion Nancy Larrick, noted how millions of children of color were learning from books that completely omitted them.

We shouldn't have this kind of monolithic perspective on literature. Considering the multiple incredible writers from various cultural backgrounds, white men shouldn't dominate our literature. It is vital to provide a positive representation of ethnic minorities and educate our young people about the talented individuals within those communities.

However, despite national movements like "We Need Diverse Books" and "DisruptTexts" and a growing number of diverse books, only 7% are written by people of color. Considering that 50% of the American student population is now nonwhite, the need for that mirror — for opportunities for children to see themselves and navigate a more diverse world — seems more pressing.

The solution to all this seems obvious: adding more books that represent gender diversity, LGBTQ issues, people with disabilities, people of color, and cultural, ethnic, and religious minorities. But even though teachers appear to be aware of a need to diversify the curriculum, there are roadblocks to making it happen. For example, there's a diversity gap in the book publishing industry regarding who gets published (mostly white authors), who gets awarded (mostly white authors), and which books make it onto school vendor booklists (mostly white creators).

New books come under perusal even though they often contain similar elements as classics. For instance, despite the racialized language in Huckleberry Finn, the treatment of disabilities in Of Mice and Men, or even the sexual content in Romeo & Juliet, the classics still maintain a place in classrooms across the country. On the other hand, new books like The Hate U Give are challenged as "anti-cop" that promote drug use with "sexual" references and are rejected from the school curriculum.

It indeed is essential for children of color to see their own identities and experiences reflected in literature. Changing the English literature curriculum to include more positive representations of all heritages would be a great tool in ensuring that our young individuals are proud of where they come from and strengthen their relationships with other cultures. In fact, studies have shown that Black children who receive messages emphasizing cultural pride—though not necessarily through books—have higher self-confidence, increased classroom engagement, and better social-emotional functioning.

All children deserve to leave school feeling like valuable members of society. However, if the stories they are taught throughout school only represent a small slice of human experience, there is simply not enough effort being made to promote inclusion. As educators try to diversify texts in their classrooms, a thoughtful intent is needed when choosing which books are appropriate and determining the methods to teach the material. If we can showcase the variety of brilliant writers from diverse backgrounds worth learning about, we can provide an education that will improve our society.

Increasing representation in the English literature curriculum is an important step. Once this first page has been turned, and the precedent set, progress in other subject areas will automatically be strengthened. Our education system can unintentionally uphold systemic racism, and including diverse stories at school is the very least we can do to help end it.

The following is the list of a few book recommendations from diverse writers: