Why We Must Drop the Hyphen: The Difference Between "Antisemitism" and "Anti-Semitism"

When writing “antisemitism” with a hyphen, one subscribes to the very incorrect belief that Jews are simply just “others” and are inferior to other cultural and religious groups.

Amelia Rose
and
February 1, 2021
in
Race
Courtesy of CNN 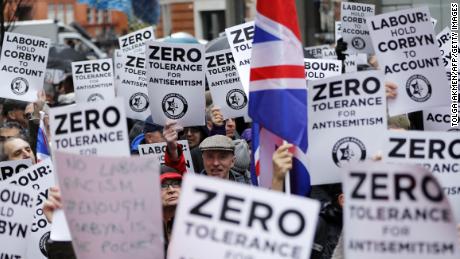 Over this last Hanukkah, there have been reports of several acts of antisemitism in the United States. People of the Jewish culture and religion are still being seen as inferior to other religions and cultures. This, along with societal maintenance of their entrapment in the stereotypes that society has built around Jewish people, has fostered a seemingly endless cycle of antisemitism. While these fabrications are still relevant today, we still can infer that as a supposedly “united” nation, we still divide ourselves into the generalizations that many of us were raised to believe.

Though, what truly is antisemitism? Before 1879, the common term that was used against Jewish people was “Jew-hatred,” but as it started to be looked down on by society, the creation of the modern term “Anti-Semitism” came into play. This term differs from other words used as prejudice towards different cultural and religious groups, as it was formally fabricated to sound scientific rather than hateful. This is all in the attempt of being seen as well as socially accepted.

As this term is broken down, Rootsmetals’s Instagram post entitled,“The Word “Antisemitism,’” states that, “’Semites’ is a pseudoscientific white supremacist racial term to describe people that speak Semitic languages”. In other words, the radical phrase is used to describe people who speak languages like Hebrew, Arabic, Amharic, Tigrinya, Maltese, Tigre, and many more. Though as this term was originally used to show hostile behaviors towards “Semitic” people, it was really specifically created to stand alongside Jew-hatred. This type of bigotry looks past the fact that this term isn’t historically accurate, especially when it seeks to represent hate specifically towards Jewish people.

This brings us to the idea as to why “anti-Semitism” is hyphened. According to Rootsmetals, the spelling “anti-Semitism” perpetuates the racist, pseudoscientific, Darwinian theory that Jews (i.e. “Semites”) are an inferior racial group. When writing “antisemitism” with a hyphen, one subscribes to the very incorrect belief that Jews are simply just “others” and are inferior to other cultural and religious groups.

However, antisemitism is still not a term that should be endorsed in society at all. It is known specifically to represent hate and hostility towards a large group of people. Its meaning shouldn't be validated or justified because of its historic antiquity, especially because of the fact that Judaism isn’t just a religion but is also an age-old culture.

Antisemitism differs in many ways from every other type of bigotry. Although many consider their forms of hate towards specific groups as inferiority, antisemites see Jewish people as truly supernatural, and even immoral, sometimes, superior beings. Rootsmetals claims that, “Antisemitism very rarely manifests as outright loud hatred toward Jews. Instead, it functions through conspiracy theories. It’s extremely insidious”. These types of people who have an interest in or even regard towards the Jewish people are known as Philosemites. In other words, they believe and even create the stereotype that the Jewish people experience on a day-to day-basis. They are stereotypes that can trade off from being either good qualities or even bad, however they are ultimately stereotypes that perpetuate the idea that Jews are inherently different from all other beings. This, once again, is another instance of antisemitism.

It can be seen by many people in this current time in history that the former President Donald Trump stands by and supports stereotyping of Jewish people. Trump shows qualities of being a Philosemite himself as he generalizes Jews as being, “...in positions of power because they are so smart, educated, and business savvy!”. He also sees stereotyping as a good thing. With this statement however, he generalizes 14 million people. This is like many other Philosemites, who see Jews as one specific person rather than millions of different people with unique experiences and mindsets.

It’s important for all of us to understand this term and the history behind it. More importantly however, how can we be more mindful towards people of the Jewish culture and help reverse the stereotyping that they endure? The biggest factor is learning how to stop theorizing this large cultural group that lives everywhere throughout this world. Understanding that each and every person of the Jewish culture has their own set of complicated thoughts and feelings is salient in the act of mindfulness. Jewish people are humans, just like every other group that has endured stereotyping, hatred, and even persecution. We are all peers in this world.

Similarly to the generalization of all groups of people besides the Jewish culture/religion, it’s easy to fall into the trap of assuming specific qualities that all people of that group portray. But once again, if we are able to find ourselves and take the time to understand this form of prejudice, we as humans can grow to not spread this long lasting hatred, but to embrace the beauty that all cultures and religions have to offer to this vast world.