Putting this bill into effect means putting the Philippines at the same age of consent as modern countries around the world and, finally, protecting the rights of their children, especially young women 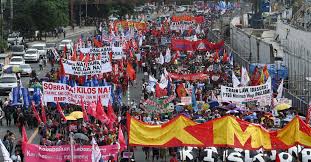 Trigger Warning: This article discusses matters of rape and sexual assault. If you are sensitive to these topics, please exercise caution while reading ‍

82% of juvenile rape victims are women. Overlooking this statistic and failing to address it, is a symptom of a blatantly patriarchal society that ignores the well-being of both women and children. This correlates to a society that hinders the freedoms of women and children by allowing a chance for their lives to be tainted by rape. In the Philippines, the age of consent is 12. As a 12-year-old, I was struggling with algebra and attempting to deal with friend drama for the first time. Having an age of consent this low means that a child’s innocence is more likely to be taken away as a ruthless consequence of a male-dominated society.

At such a young age, many children have yet to develop a sense of maturity or awareness to even understand the difference between consensual and non-consensual intercourse. For example, one Filipina teenager realized she was a victim of sexual assault much after the event had occurred. She began having intimate relations with a man who was twice her age when she was 13 and then became pregnant at 14. During intercourse, she asked him to use a condom, and he reportedly refused. Not only that but the first time she had relations with the man, but she was also drunk. Her childhood has been traumatized by a man who took advantage of her in a vulnerable position, at an immature age, and left her with a consequence she had to deal with for the rest of her life: a child. Unfortunately, this unawareness is a common occurrence. In a scientific study Casey B, Jones R, and Somerville L found that “recent human imaging and animal studies provide a biological basis […] suggesting differential development of subcortical limbic systems relative to top-down control systems during adolescence relative to childhood and adulthood.” This means that teens do not have the maturity level to make decisions that relate to risk-taking, which is part of the reason why many countries oppose a 12-year-old age of consent.

According to Agence France-Presse, “Child rights activists have lobbied for decades to increase the age—enshrined in the penal code since 1930—but faced resistance from what they describe as a ‘culture of patriarchy’ in a country where abortion and divorce are illegal.” Now, Congress has approved a bill to raise the age of consent to 16, similar to most of the world. Putting this bill into effect means putting the Philippines at the same age of consent as modern countries around the world and, finally, protecting the rights of their children, especially females.

Sexual exploitation has been an issue around the world and the Philippines, being a hotspot of child exploitation, has much work to do to further prevent it. Fortunately, many organizations work their hardest to provide resources and education to areas regarding sexual violence against women and children.

The World Health Organization outlines various pathways they have taken to prevent sexual exploitation. One of them is working and with and educating local populations to report their incidents. Many people in impoverished countries simply do have access to a means of reporting incidents of sexual assault and are often unaware of their rights. Additionally, it may be difficult to discern between what is considered normal and abnormal in a society where it may either be extremely normalized or taboo. Understanding the implications and premises around sexual exploitation is undeniably necessary to combat sexual violence against children and women.

Unfortunately, a nasty side-effect to reporting sexual violence and assault is victim-blaming. Whether the victim-blamer is in pursuit of protecting their own naivete about the kindness of the world or they refuse to believe the perpetrator would ever do such a thing, there are rarely valid reasonings behind blaming the victim.

There are various ways to address the common statements of victim-blamers, and this goes for all events for rape. Some incorrect statements include: “it was not really rape”, “rape is a trivial event”, and “rape is a deviant event”. These all feed into the pre-conceived notion that rape is not as traumatizing, difficult to cope with, or as common as it actually is. Many use the argument “They asked for it” as a way to justify the events that occurred. The true fact of the matter is that no one asks to be raped. Dispelling common misconceptions regarding rape is essential to move forward in every country. There is not a single nation where reporting rape and persecution happen as often as they should.

Nonetheless, this action by the Philippines to finally take initiative to protect the children of its country is a step forward and, hopefully, serves as a model for other countries that are hesitant to do the same. For countries that have more progressive laws in terms of sexual exploitation and violence, this may give them the chance to serve as a model for the Philippines, but also reassess their own inner workings. Any country that takes a step forward brings a new set of expectations to the table for every other country. Hopefully, this new law in the Philippines will aid in protecting the rights of children in their country and also influence other nations to further protect and care for their citizens through various policies.

Not only that, but this brings about a new opportunity for nations with a male-dominated government to assess their bias and the reasons why there seems to be a lack of women involved. With women being more than half of the world’s population, it is only fair to give them an equal opportunity to be protected by the government and given a role in it as well. So, in a world where neglect towards victims of sexual exploitation is seen more commonly than care, it is essential that every nation ensures that they are doing as much as they can to ensure that everyone feels safe and heard.