After a law banning abortions after six weeks was enacted in Texas, the public is outraged.

Varshini Sathiyaseelan
and
September 25, 2021
in
Justice
Courtesy of the Wall Street Journal 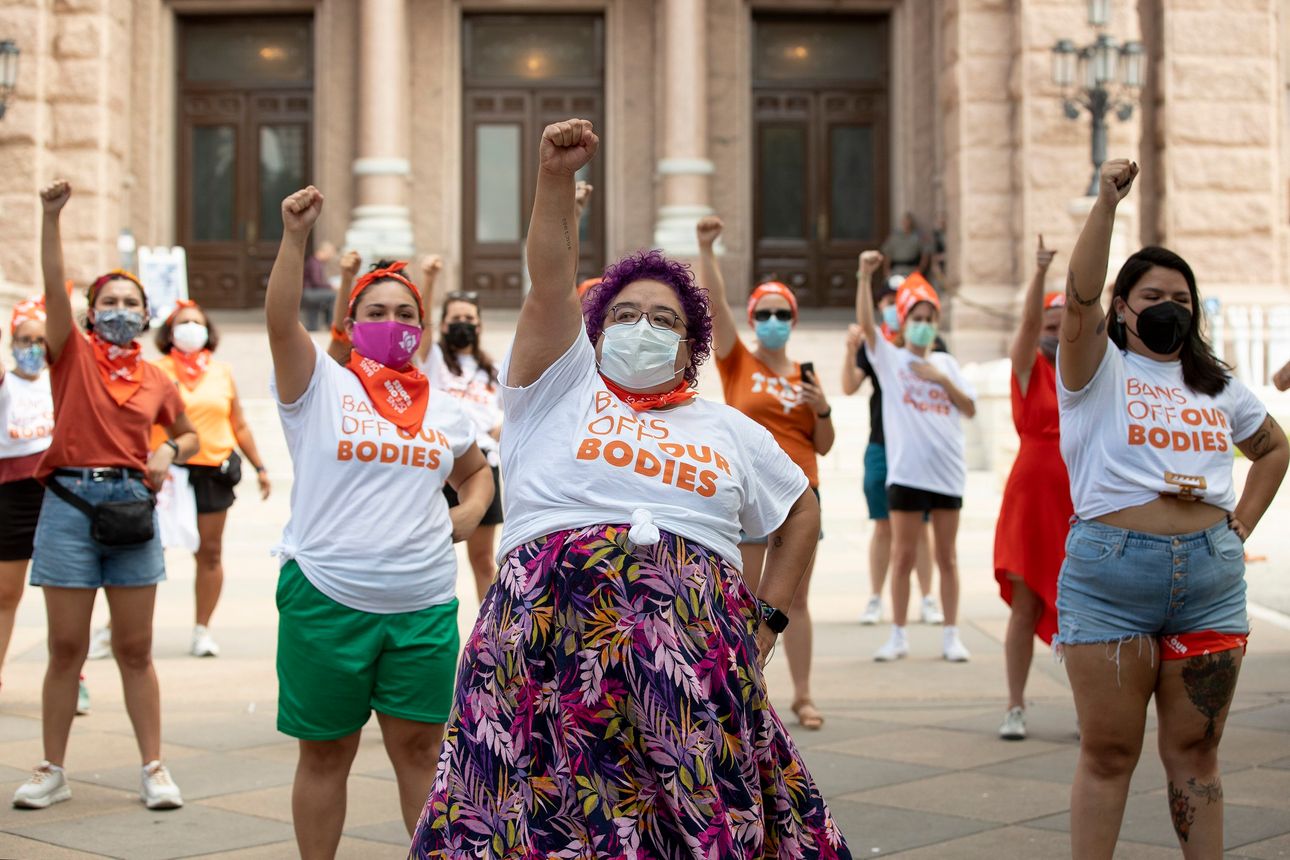 After a law banning abortions after six weeks was enacted in Texas, the public is outraged. The "Heartbeat bill" does not leave any exceptions for rape or incest and would make Texas one of the most challenging states to get an abortion in. The name references the point at around six weeks' gestation when the embryo's cardiac activity can first be detected by an ultrasound, which triggers a block on abortion under the new law.

"Approximately 85 to 90 percent of people who obtain an abortion in Texas are at least six weeks into pregnancy, meaning this law would prohibit nearly all abortions in the state," the American Civil Liberties Union (ACLU) said. The new law which bans abortions at about six weeks — before most people know they are pregnant — is blatantly unconstitutional. A coalition of organizations including Planned Parenthood, the ACLU, the Center for Reproductive Rights, and others have petitioned the Supreme Court to intervene and block the law's implementation.

However, American Airlines and Dell Technologies, which previously advocated against voter oppression laws, are now declining to comment on the recent abortion laws. Even companies quick to speak up on social issues, including Patagonia and Levi's, did not say anything about the new law. Catalyst, a nonprofit organization that teams up with big companies to "build workplaces that work for women," also declined to comment.

"When all of these companies who participate in things like International Women's Day won't speak out on reproductive health care, it shows that they care about the bottom line, not what women need and want," said Lindsey Taylor Wood, chief executive of The Helm, a venture capital firm that funds female founders. Staying silent about such an important issue would only cause more harm as the objections against this sinister law will be recorded scarcely when even the big companies do not take a stand.

The effective ban on abortions in Texas not only infringes on women's rights to reproductive health care but it puts their health and safety at greater risk. This new law is as detrimental as the other socio-political issues, if not more, but why is the corporate side keeping mum at such a critical time? The lack of response from major corporate giants regarding the anti-abortion law suggests that their previous contributions and activist efforts in issues like sustainability, racism, and climate change may have been performative and insincere. It also points out that these companies may consider abortion a hushed topic when it should not be one. Remaining muted only undermines the seriousness of this issue as well as the consequences that it holds. Especially now, it is crucial that major voices speak out against the ban as other conservative states now have the resources to pass similar laws.

On the other hand, it is encouraging to see that not the entire corporate side is staying low. Bumble, the dating app company, founded by Whitney Wolfe Herd and based in Austin, is donating funds to organizations that support women in Texas seeking abortions.

"Bumble is women-founded and women-led, and from day one, we've stood up for the most vulnerable. We'll keep fighting against regressive laws like #SB8," the Austin-based company said in their Twitter post. Other companies in the dating app industry are also taking action. Shar Dubey, CEO of Dallas-based Match Group, which operates numerous dating apps like Match.com and Tinder, shared the urge to speak out against the Texas law.

This new anti-abortion law in Texas is a "terrifying" reminder of the fragility of hard-won rights throughout history. Of course, this law will not curb the need for abortion care. It will, however, make it much more difficult, expensive, and dangerous to obtain one. If the law takes effect, many will not overcome the obstacles to access care and will be forced to carry their pregnancies to term. Ultimately, this only exacerbates existing issues like child abandonment, poverty, and child abuse. Keeping silent regarding this issue dooms those seeking their reproductive rights in Texas under extreme anti-abortion restrictions.