Anne Hidalgo, the Mayor of Paris, rejoiced when fined a hefty sum of nearly $100,000 for forgoing the “Sauvadet Law” in her 2018 staffing by appointing too many females in the top civil service positions 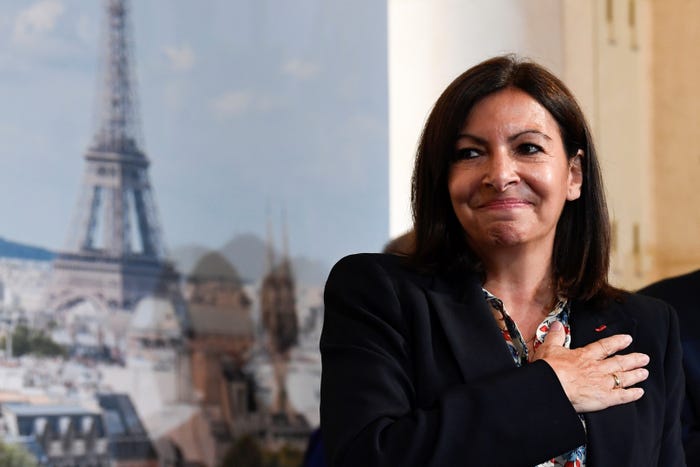 In 2012, a 1983 law of Paris’s public service ministry was updated to state that 60% of new appointments of senior civil servants should go to one sex. Subsequently, the law was amended such that no fines would be issued if the aforementioned gender quota was not fulfilled in any given year, as long as the overall gender balance was respected.

“I am happy to announce that we have been fined,” Anne Hidalgo, Paris Mayor, rejoiced during a city council meeting when she was issued the penalty. The Socialist party member was fined a hefty sum of nearly $100,000 for forgoing the “Sauvadet Law” in her 2018 staffing by appointing too many females in the top civil service positions.

If she had done the hiring in 2019, there would have been no fine, but Hidalgo appointed females for 11 out of 16 top city positions in 2018. This meant that only five males were appointed in senior management positions, resulting in only 31% of the staffing to be males, falling short of the minimum 40%. Yet, Hidalgo sarcastically added that she feels pride in being sentenced to an “absurd” penalty for being “far too feminist”. She viewed it as an opportunity to shine a light on systemic problems that persist across France, where only 31% of the Civil Service jobs were filled with women in 2018 according to official figures. She has clearly pointed out that previous staffing had already been running afoul of the law.

Ms. Hidalgo, the first woman to lead the city’s government, was elected in 2014. She has been working hard since then to bring the imbalances and disparity to limelight. Paris has shown tremendous progress in filling the ever-persistent gender gap where women currently hold 47% of senior management positions across the city government. Now that Ms. Hidalgo has succeeded, she promotes turning Paris into a “feminist capital” to improve services for females, specifically in sectors such as healthcare, education and providing support for victims of domestic violence.

In response, Amélie de Montchalin, France’s public service minister, said in a message to Hidalgo, “I want the fine paid by Paris for 2018 to finance concrete actions to promote women in the public service. I invite you to the ministry to discuss them.” This is a clear signal that this archaic law must go.

This incident sparks a new controversy in France over gender quotas, and whether the Sauvadet Law is the best tool to ensure gender equality in the workplace. Gender equality cannot simply be achieved by mere numbers and quotas. In fact, having gender quotas could drift away from the fact that hiring more women doesn’t automatically make a workplace more equal. It’s also about pay equity, discrimination, reasonable accommodations, and working conditions.

Is the point of gender equality only to have equal numbers of each gender appointed? Undoubtedly, quotas are empirically the most effective way of achieving a better gender balance. However, we can only agree that gender equality has been truly achieved when females are treated equally, not just equally represented. Quotas might distort the idea of representation and work against females.

In some cases, quotas may imply the erroneous idea that only women can represent women—while men can represent both men and women. This would work against women in gaining representation based on the political ideas they represent rather than on their gender. Moreover, legislated quotas may serve more of an upper ceiling rather than a lower floor in terms of women's participation hindering the pursuit for real parity. Counterproductively, reserved seats to fulfil quota may foster an unhealthy environment where females compete against each other more than working together to achieve more influence in politics.

The archaic Sauvadet Law remains counterproductive in terms of the gender imbalance. Other than ensuring that a balance is achieved in staffing, it fails in balancing out the other crucial aspects of gender parity. It instead aggravates the pay gap and discrimination, inevitably compromises the means of influence for females. The cause of women definitely deserves better, but for that the archaic law needs to go.

Willie Simmons's $9 Robbery: How the Criminal Justice System Has Failed Us Again