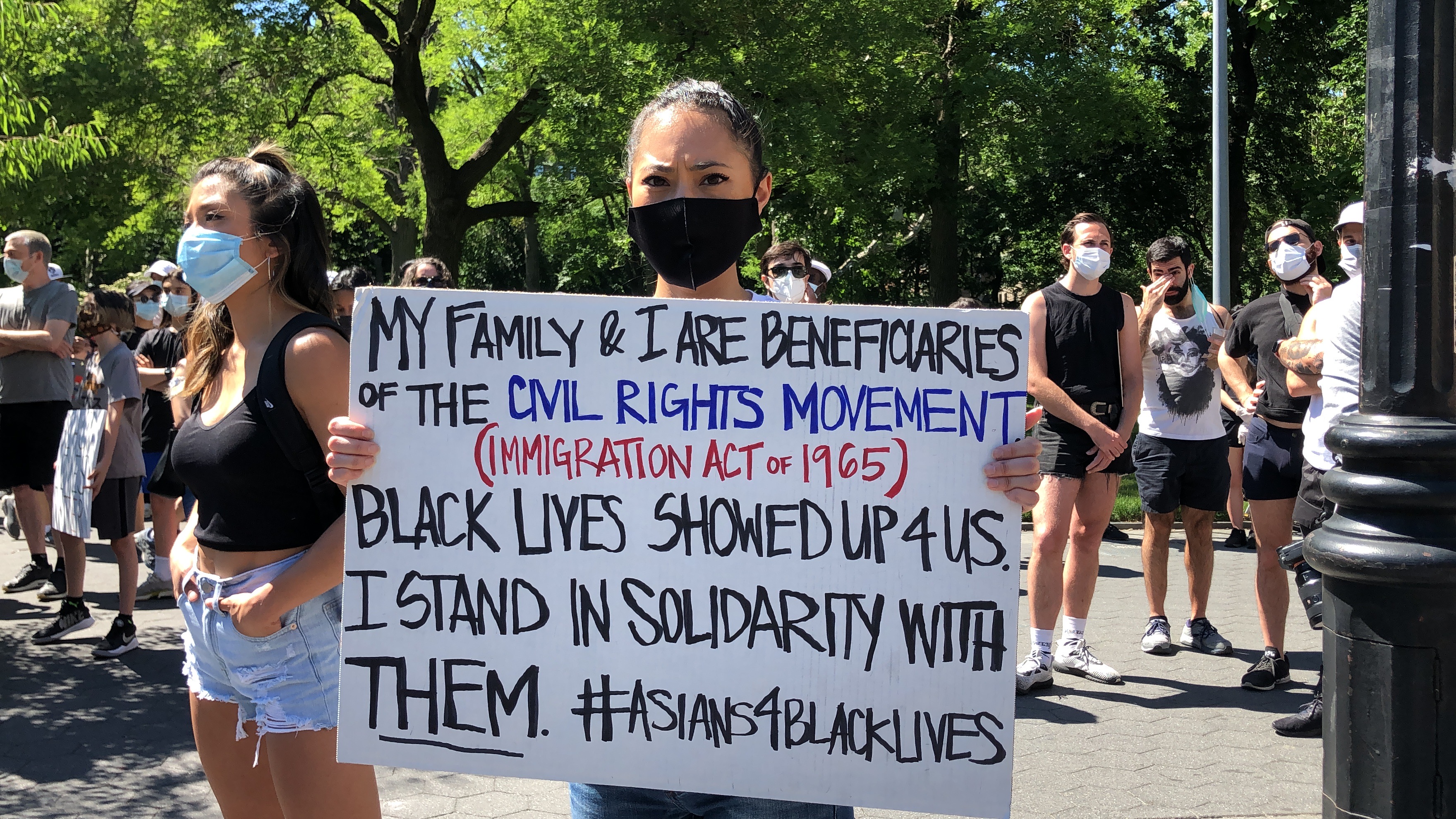 When there was a national uproar over George Floyd's murder, I didn't hear a word. When my local Black Lives Matter protest was tear-gassed, I didn't hear a word. On Blackout Tuesday, I didn't even see a single black post. The brown community around me seemed to be unbothered and ignorant about the systemic racism that surrounded them. Yet, it isn’t just my community that behaves this way: this thought process permeates the entire Asian American population. We have fallen prey to the Model Minority Myth.

The "Model Minority," as described as Time Magazine Columnist Viet Thanh Nguyen, is "the desirable classmate, the favored neighbor, the non-threatening kind of person of color." Our false notion of meritocracy furthers this stereotype. We are a population that has achieved its success through hard work and initiative. We are the "good immigrants."

In the current political conversation, Asian Americans are singled out as the antithesis to Black Americans when it comes to race. While Asians are labeled the "Model Minority," this simultaneously labels Black citizens – and other minorities too – as unideal. This is consistently used as a conservative talking point arguing the nonexistence of systematic racism. The argument goes something like this: If Asian Americans are highly educated and work well-paying jobs,  then why can’t Black Americans achieve the same level of success?

This leads ignorant individuals to the conclusion that Black people are inferior, explaining away the long-term detrimental and cyclic effects of systemic racism. This puts the level of discrimination and circumstances that Asian Americans face equivalent to that of Black individuals, which is wholly incorrect. Yes, I've faced my fair share of microaggressions and outright racism; people have routinely called me dirty or a terrorist because I'm brown. However, in the grand scheme of things, this is nothing compared to what has occurred throughout American history to its Black civilians. Hundreds of years of slavery, sharecropping, Black Codes, and Jim Crow laws have impacted this community deeply, with their legacy still residing in America today. American history is defined by the oppression of their Black population. It is irresponsible and imprudent to believe that the oppression Asian Americans have faced is equivalent. Meritocracy is not real in the 21st century; systematic racism and a history of discriminatory policy cannot be entirely counteracted by merely working hard.

We are the "Model Minority" for two reasons only. First, as stated before, we have faced much less oppression and have comparatively been offered greater economic opportunities than Black Americans. Second, selective immigration policies prefer the entrance of highly-educated Asian immigrants. Logically, if only highly-educated Asian Americans are allowed into America, they will presumably be more successful. On the other hand, over-policing, historically discriminatory lending practices, and lynchings made it much more difficult for Black Americans to succeed, accumulate wealth, and move upward socially.

Instead of comparing the success of two groups of people of color, we must take a nuanced and informed perspective on this complicated issue. I'm not the model minority, but a privileged one. I've never been afraid that I'd get killed when a police officer stopped me. My ancestors were never slaves. We cannot continue to benefit from the "Model Minority Myth." We must realize our own privilege and utilize it to be allies of the Black community.