As teenagers in contemporary society, we have too often witnessed prevalent injustices in Hollywood’s cinematic industry

Naomi Vuong
and
July 3, 2021
in
Representation
Courtesy of Elle 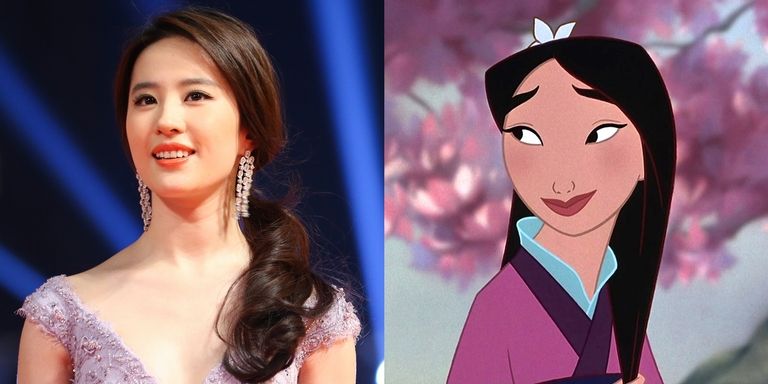 As teenagers in contemporary society, we have too often witnessed prevalent injustices in Hollywood’s cinematic industry. And the history of Hollywood’s injustices echoes a deep truth that has been neglected to be acknowledged until now.  For decades, roles of POC, especially Asian characters, would be assigned to white actors, who would then stereotype minorities for an audience that would pay to keep the industry thriving. Hollywood’s most abhorrent examples of whitewashing include Mickey Rooney’s Mr. Yunioshi in Breakfast at Tiffany's, John Wayne’s Genghis Khan in The Conqueror, and Scarlett Johansson in Ghost in the Shell. According to USC Annenberg School for Communication and Journalism, a measly 1% of leading roles in film go to Asian actors today.

What justifies this tendency of whitewashing? What could possibly make depriving minorities of leading roles, all the while taking away the creative visions and authenticity of these cinematic arts, appropriate?

In 2016, news broke out that Disney had planned to release  a live action remake of Mulan, set to release in 2019. In the past, Disney has faced heavily criticism in accusations of whitewashing the 2019 live action remake Aladdin, when Naomi Scott, a non-Arab actress, was casted to play the character of Princess Jasmine and for the addition of Billy Magnussen’s character, when there is not a white character present in the original film.

After months of waiting, Disney finally revealed that Liu Yifei, also known as Crystal Liu, is set to play Mulan, the legendary female warrior in the upcoming 2019 epic.

Liu Yifei, 30, has starred in numerous TV shows and films, which include the Chinese American film The Forbidden, alongside Jackie Chan and Jet Li, and Outcast, alongside Nicolas Cage and Hayden Christensen. She has gained notable recognition for her cinematic talents, encompassing 53 million followers on Weibo. More recently, she has headlined the Chinese romantic fantasy Once Upon a Time, which grossed approximately $82.3 million. Currently, she serves as an ambassador for notable brands, including Garnier, Pantene, Tissot, and Dior.

Yifei’s casting has sincere significance for POC in the cinematic industry, as well as for those in the audience. Her casting is a reminder that despite the ignorance today, minorities still have a voice, and that a time when minorities gain equal representation in Hollywood’s cinematic industry will inevitably come. As a Chinese actress who has been casted to play a notable Disney character in an American production, Liu Yifei serves as an inspiration to young girls across the globe, giving them the ability to see that they have the power to overcome the norm and defy stereotypes. As a minority that is being represented in Hollywood industry, her casting will be particularly meaningful to the Asian audience. Furthermore, having a Chinese actress play Mulan, an independent, headstrong female who persists to join the ranks of men echoes the out cry that contemporary society is finally catching up to traditional stereotypes of the past, and shows individuals of modern society that they too can break barriers of stereotypes and stigma, and carve the path that they choose, not construed traditional norms that were carved out for them.

In the past, Hollywood has failed to see that there was a negligence in representation of minorities equally. However now, Yifei’s casting will hopefully encourage the cinematic industry to give POC recognition, and perhaps society will progress for the better.