Your Voice Matters: Why India Scrapping Article 370 Means We Need to Yell

After the recent actions conducted by Indian Prime Minister Narendra Modi in Kashmir, it has become clear that we should be yelling.

Sabah Lokhandwala
and
September 23, 2019
in
Activism
Courtesy of Telesur English 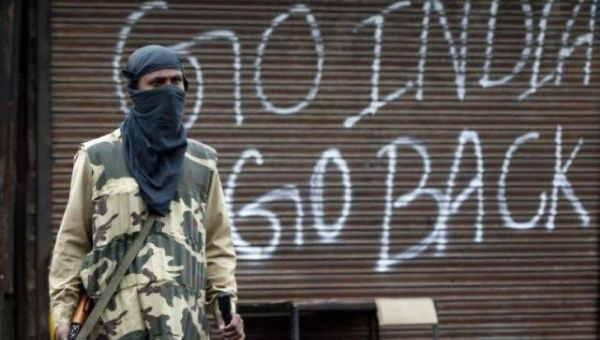 “Girl, don’t yell,” said Priyanka Chopra, an Indian actress and UN ambassador, to Ayesha Malik, a Pakistani woman questioning Chopra on her support of the Indian Armed Forces in Kashmir. At BeautyCon LA, Malik attended a panel where Chopra was answering questions about female empowerment and self-care; however, when called on, Malik proceeded to ask Chopra about her twitter history. In February, the actress sent out a tweet that stated support for the Indian Armed Forces in a time where tensions between India and Pakistan were high, due to the highly controversial territory Kashmir. For many observers, in person and online, this was their first interaction with the ongoing altercation in Kashmir, a conflict that has alienated Pakistan and India since 1947. Threats of nuclear war, intense militarization, and even UN involvement has left Kashmir as a prominent global issue, drawing input from high-profile politicians and celebrities. After the recent actions conducted by Indian Prime Minister Narendra Modi and his administration, Priyanka Chopra is wrong; we should be yelling.

Modi and his administration announced on August 5th that they would scrap Article 370 of India’s constitution, a clause that has maintained peace for the Kashmir region since 1949. Article 370 grants Kashmir autonomous status, allowing the region to have its own laws and constitution, with the exception of finance, defense, foreign affairs, and communication. With this recent administrative action, India has obtained the ability to control Kashmir, and they have already started: after an announcement by the Modi administration, additional troops were deployed to the region. Schools, businesses, and offices were all closed; telephone lines and internet were down; and local politicians were put under house arrest. Kashmir is now expected to follow all laws imposed by India’s federal government.

Modi promises to bring prosperity to the region of Kashmir, but based on his political record, his intentions are elsewhere. Modi identifies as part of the BJP party, a hindu-nationalist movement growing in India over the past few years. In 2014, Modi won with one of the highest margins ever in India’s lower Parliamentary house. In 2019, that margin was even higher, with Modi winning off of inflammatory rhetoric demonizing Indian Muslims. When 24-year-old Tabrez Ansari was beaten until death by a Hindu mob, Modi remained silent. In fact, he has stayed silent after multiple lynchings of Indian Muslims. 90% of religious hate crimes in India in the last decade have occurred under the Modi administration. Modi doesn’t like Muslims, so it makes sense he would want control of Kashmir, a region that is majority Muslim. Sovereignty over Kashmir is just one more step for his party to elicit a sense of dominance over Indian Muslims. He can now create and support policies against them.

In the past, only residents of Jammu and Kashmir could purchase property in the area, the scrapping of Article 370 opens up property to anyone in India. Some say an increase in jobs and businesses is going to help Kashmir, but it could end up hurting the Muslim population. The influx of non-Muslims changes the demographic of Kashmir. This can lead to “son of the soil” conflicts, where new migrants create tensions with natives. Modi came to power because of an anti-Muslim plaform, so the people and businesses entering Kashmir may hold the same prejudices. This leaves Indian Muslims targeted in Kashmir the same way they are targeted in India. Aside from businesses, the shift in politics also creates problems for Muslims. Studies indicate that, when a national minority is excluded from political power, it fuels violence against them. For Kashmir, that means Indian Muslims are going to be targeted even more when it comes to acts of violence. Except now, in Kashmir, there is no government willing to advocate for them.

The legality over Modi’s actions are ambiguous. Technically, Article 370 can only be scrapped with consent of the state. The problem is Kashmir has not had a defined state government in over a year. The administration says their actions are sound and supported by past precedent. Opposing political parties could challenge Modi and his actions, but that poses the threat of being framed as anti-India, leaving parties wary of involvement. This means change and opposition to the Indian government has to come from individuals and activism. We have to yell. We have to question who people support and what politicians are doing to mediate the issue. If we don’t, we let Islamophobia, violence, and another leader that fuels hate, discrimination, and bigotry win.

Profiting From The Classrooom: Devos, Greed, and Student Debts