While the primary resistance against same-sex marriage resides in deeply rooted religious beliefs, there is another seldom noted reason Russian President Vladimir Putin has provided as to why it will not be legalized in Russia.

Bella Carreno
and
March 13, 2020
in
LGTBQ+
Courtesy of the New York Times 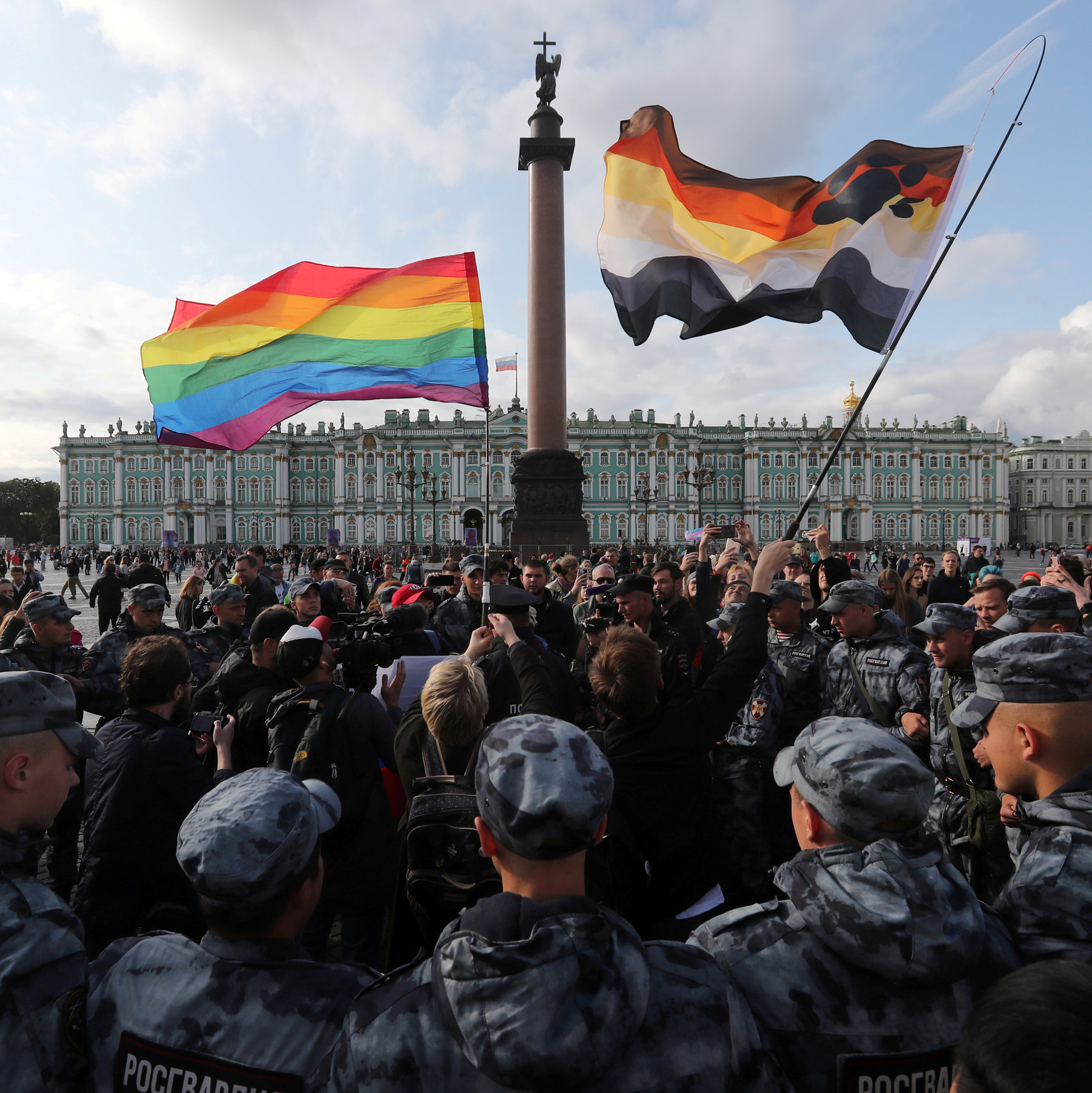 As of 2019, 30 countries have made same-sex marriage legal, beginning with a law passed in the Netherlands in 2001. This small number may come as a surprise to many, but even though our world is more progressive than it has ever been, we still have a long way to go.

While the primary resistance against same-sex marriage resides in deeply rooted religious beliefs, there is another seldom noted reason Russian President Vladimir Putin has provided as to why it will not be legalized in Russia:

A child needs two parents, a mother and a father.

Although this reasoning is legitimate in the minds of many leaders around the globe, to science, it is far from reliable; children should not be designated a certain type of household under which they must grow. According to the Washington Post, the children of same-sex couples are 7% more likely to graduate high school than those of heterosexual couples. At the same time, they also perform better on standardized tests by a 0.18 standard deviation.

Education is a necessity to a child’s maturity into adulthood. If children of homosexual couples are performing adequately – even outperforming those of heterosexual couples – then why do we still question whether or not they should parent a child?

This is because we still live in a conservative world, and it takes time for that world to change. It is human nature to be scared of things that are different than “the norm,” whether or not that be a religious or sexual preference. We become so scared of our differences that we forget that we alienate a significant portion of the population, and we lose the idea that we are all people.

Vladimir Putin’s reasoning for not declaring same-sex marriage legal in Russia is based on a social code and a discomfort in perceived differences. However, we cannot let our fear of change affect other people's lives. 30 countries have already realized that, and hopefully the rest of the world will follow.

We need to realize that our fight for progress is a long one, and one that is far from over.