In recent years, the names of white climate activists, such as Greta Thunberg, have become household names; however, equal representation and media attention must be given to people of color 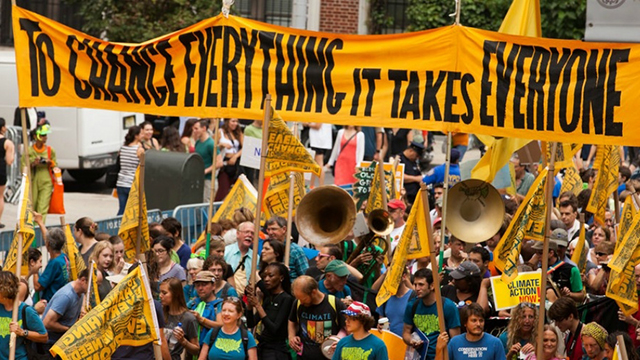 The threat of sea-level rise, drastic temperature increases, biodiversity loss, resource wars, and a slew of other devastating impacts of humanity’s continued use of fossil fuels is growing increasingly dangerous. The primary victims of these problems will inevitably be developing nations and the historically disadvantaged—both abroad and at home. Island nations will be the first to feel the wrath of a rising sea level. Impoverished communities will disproportionately face the effects of air pollution. Communities of color will lack access to clean, affordable drinking water.

Recognition of the climate change problem and its sheer magnitude has compelled activists, especially the youth, around the world to mobilize and advocate for change to detrimental environmental policies. Using social media to express their passion for preserving the world’s future, this generation of youth climate advocates have been particularly effective in gathering support and demanding action. From Isra Hirsi to Autumn Peltier to Bruno Rodriguez, the stories of inspiring youth activists stretch far beyond the mainstream and household name of Greta Thunberg. Now that the effects of the environmental crisis have become clearer, more widely recognized, and pressing, the appeal of the movement has drastically grown.

Unfortunately, despite its growth in popularity among people of all races, the media has disproportionately diverted coverage and recognition away from the activism of minority groups while focusing on those who are white. From cropping activists who are people of color out of photos to only recognizing the white sustainability advocates on rankings, there has been a continuous and noticeable exclusion of historically marginalized groups. While some may question whether this is actually important, diversity in the climate movement is essential to best address the problem and pave the path for greater inclusion and recognition of activists of color.

Without the inclusion of a plurality of voices from different groups of people, we risk ignoring valuable solutions. Only people who have experienced suffering first-hand as a result of the climate crisis are able to properly convey the urgency of the problem and create solutions that are tailored to their needs. It is not enough to think of solutions in the abstract; rather, they need to be applicable to the people who need them the most. For example, indigenous populations in the Amazon have been working to preserve the rainforest against those who wish to destroy it for their own survival. Ignoring how some communities have been resisting environmental injustice for decades or even centuries in favor of newcomers is unjust and simply impractical.

The climate problem is dynamic and complicated, requiring nuanced solutions. Everyone needs to be given a chance to be recognized for their ideas. Shining light on a few voices papers over how everyone has unique experiences, motivations, and backgrounds that influence their contributions. Given that the West has been primarily responsible for this impending climate catastrophe, it’s crucial that all activists are given a seat at the table.