In the end, Frazier will go down in history as a woman of moral strength, who showed the injustices occurring in her city to the world through the lens of her camera-phone

Eshaan Mani
and
June 30, 2021
in
World
Courtesy of Vanity Fair 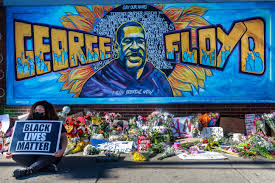 Over the course of the past year, our world has been permanently altered by the death of George Floyd, whose murder caused an ongoing series of protests against police brutality and systemic racism in the United States and internationally. Millions of people heard his voice growing weaker on the recording and his pleas of “Sir, please, I cannot breathe” (said at least 16 times), “water,” “Mama” and a final “Don't kill me…I'm about to die…Everything hurts…Mama.” The video of Floyd’s murder was circulated across social media and news networks, but few know the name of the woman behind the camera.

Darnella Frazier of Minneapolis, Minnesota, was 17 years-old when she filmed former Officer Derek Chauvin forcing his knee on Floyd’s neck for over nine minutes. She testified that she was walking to a grocery store at the street corner with her then-9-year-old cousin when she saw Floyd and Chauvin. If it had not been for her courageous act of documenting and sharing this heinous crime, Minneapolis, the United States and the world would never have clearly known what exactly occurred on that day in May 2020. The video was the most incriminating piece of evidence in Chauvin’s trial, and Chauvin’s conviction in April 2021 of second-degree unintentional murder, third-degree murder and manslaughter was largely because of Frazier’s actions.

Roy Peter Clark, a senior scholar at the Poynter Institute for Media Studies in St. Petersburg, Fla., said that Frazier’s 10-minute video was “globe shaking” and that “it would be hard to select, even from the work of professional journalists over recent years or decades, a 10-minute video that had as profound an impact as this young woman’s video did.”

The Pulitzer Board at Columbia University in New York City was evidently in agreement with Clark as they issued a special citation to Darnella, who is now 18, “for courageously recording the murder of George Floyd… highlighting the crucial role of citizens in journalists’ quest for truth and justice.” The special citation she received adds Frazier to a list of illustrious personalities including Ida B. Wells, Aretha Franklin, and Bob Dylan.

There are several things that set Frazier’s special citation apart, however. For over one century, the Board has never recognized a journalistic piece created by a citizen journalist who is not affiliated with a newsroom. The Prizes are awarded in fifteen categories, and entries may be made by any individual based on material coming from a regularly-publishing United States newspaper, magazine, or news site.

The Pulitzer Prize certainly has history with the African-American community. Trailblazing investigative journalist Ida B. Wells published an account of the racist riots in East St. Louis, Ill., and in Elaine, Ark., which were covered up by the government and went unacknowledged by the Pulitzer committee, who did not honor a Black journalist for written reporting until 1977, when Acel Moore of the “Philadelphia Inquirer” shared the award with fellow Philadelphia reporter Wendall Rawls for their reporting on the conditions at Fairview State Hospital.

Wells was honored with a posthumous special citation in 2020, but the line she delivered to an audience in October of 1892 is interesting to consider: “The way to right wrongs is to turn the light of truth upon them.” The Pulitzer Prize committee had chosen not to honor Wells throughout her life, but it seems like the tides are turning, especially with the special citation given to Frazier, though many think it is not enough to compensate for the trauma she experienced.

Frazier’s recording of Floyd’s murder was recognized as a work of journalism, a monumental step for the Pulitzer Board, who are often seen as the gatekeepers or guardians of journalism, regulating the ability to access and collect accurate and clear reporting on subjects of popular interest. Her award has a special significance as citizen journalism seems to be overlapping and at times, overshadowing mainstream media, and the citation shows the power of citizens standing up for tolerance, equity, equality and social justice.

Something must be said, however, for the fact that Frazier had to go through what she did - see a man being killed, capture it and publish it for citizen journalism - to truly come into front focus. Her citation comes at a time when white support for the Black Lives Matter movement has dropped to 60 percent according to a USA Today poll in June 2021. And the weight that Frazier has to carry in her heart seems to loom over the accolade.

She testified at Chauvin’s trial that she wishes she had done more to help Floyd and that she looks at the Black men in her life and thinks about “how that could have been one of them.” She admits to staying up several nights, “apologizing and apologizing to George Floyd for not doing more and not physically interacting and not saving his life.” She won a Pulitzer, but at what cost to her mental health?

In one of her few public comments about her actions, she posted a statement on Instagram that read as follows: “A lot of people call me a hero even though I don’t see myself as one. I was just in the right place at the right time. Behind this smile, behind these awards, behind the publicity, I’m a girl trying to heal from something I am reminded of every day.” Her graceful statement shows a deep, dark truth she must deal with. She is seen as a hero by the public but has to deal with the fact that bearing witness was all that she could have done for Floyd, a heart-wrenching concept to acknowledge.

In the end, Frazier will go down in history as a woman of moral strength, who showed the injustices occurring in her city to the world through the lens of her camera-phone. She embodied the values and high-quality journalism that Ida B. Wells stood for while documenting the horrific events that transpired on her grocery run.