Alana Esposito
March 26, 2020
in
Justice
A rendering of the Thirty Meter Telescope on top of Mauna Kea. (Photo/Business Insider) 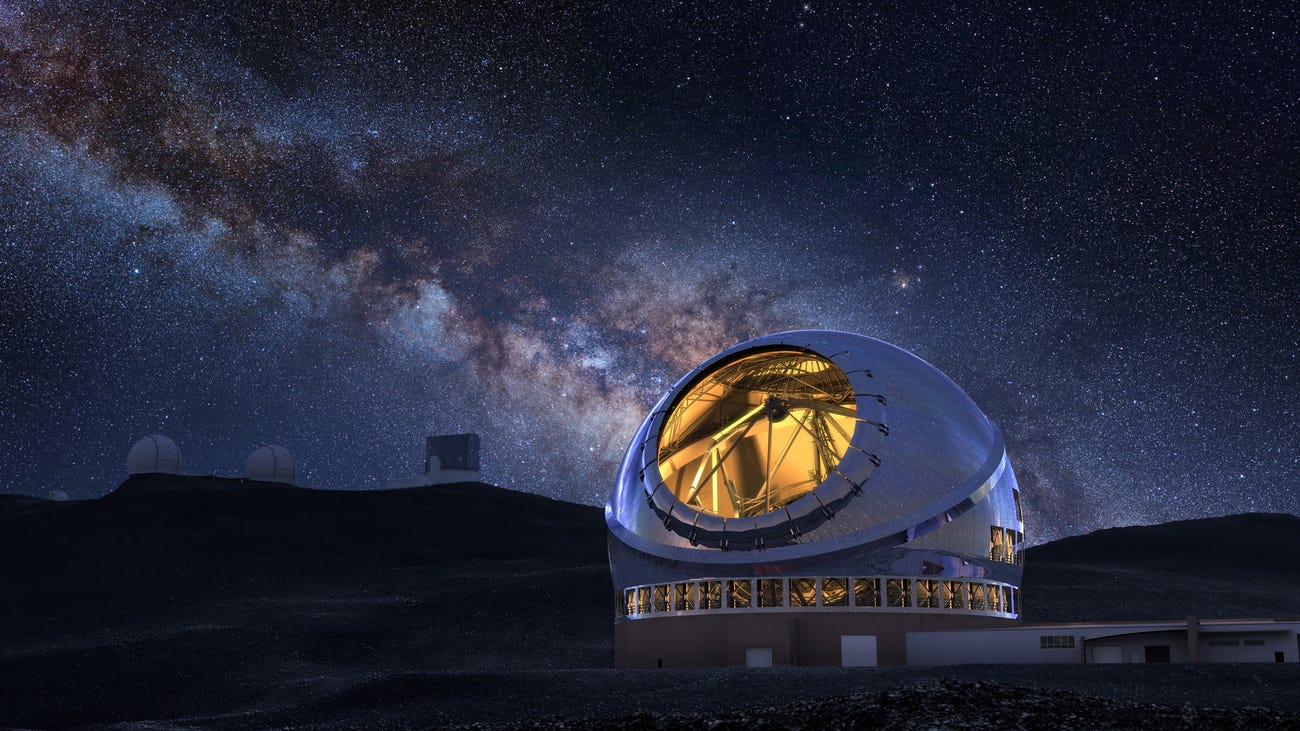 Atop Hawaii’s highest mountain peak, there is a raging storm. Not an actual storm—rather, an ongoing dispute between native Hawaiians and the government, which is attempting to build a telescope atop Mauna Kea. The telescope, named the Thirty Meter Telescope, or TMT, is the cause of the latest dispute over sacred native lands. Native Hawaiians fear that the construction of the Thirty Meter Telescope not only will adulterate the land but that it will also make it easier for a flurry of telescopes to be built. The Thirty Meter Telescope is supported by the University of California, California Institute of Technology, and participating scientific organizations in Canada, India, Japan, and China. The project is estimated to cost $1.4 billion dollars. Mauna Kea has been an ideal location for telescopes because of its high altitude (14,000 feet above sea level) and the absence of light pollution. However, it’s also a sacred monument for Native Hawaiians because it is where the sky god and the earth god met to create the Hawaiian islands.

In order to prevent the telescope’s construction, activists have participated in a variety of nonviolent protests, from roadblocks to chaining themselves to a road grate to prevent access to the mountain. Despite the non-violent nature of the protests, arrests have still taken place. Though the fate of the TMT is still in question, the protests at Mauna Kea are proof that peaceful protests are still a powerful tool. The potential cancellation of the TMT project offers a much-needed win for those attempting to protect Native lands after the Dakota Access Pipeline Protests failed to stop the construction of the pipeline in Native lands. The TMT protests have been successful for the time being. The construction company responsible for building the Thirty Meter Telescope has told Hawaii’s governor that they are not prepared to begin construction and it has been announced that there are currently no plans to attempt to move equipment to the top of the peak. Japan, though not withdrawing complete involvement, suspended funding for the Thirty Meter Telescope as a result of the ongoing controversy.

Like the Dakota Access Pipeline Protests, the Thirty Meter Telescope Protests help show the power of protest. They also bring the ongoing encroachment on Native Land into the spotlight. There is such a desire to continue to exploit the Earth’s resources by powerful companies and corporations. Whether it be through peaceful demonstrations, petitions, or boycotts, it is the duty of activists to continue to protect the environment and sacred spaces in order to maintain the traditions which have inhabited those very lands for hundreds of years. If these spaces are not protected, they will cease to exist-- the first step to erasing an essential part of history.  Activists must step up to challenge such companies—even if it doesn’t always pan out how they hope, raising awareness of such abuses is the key to progress.

Meghan Markle, Kate Middleton, and the Expectations of Women