Where Time’s Person of the Year Falls Short

In 2019, Time chose 16 year old climate crisis activist Greta Thunberg as their Person of the Year. 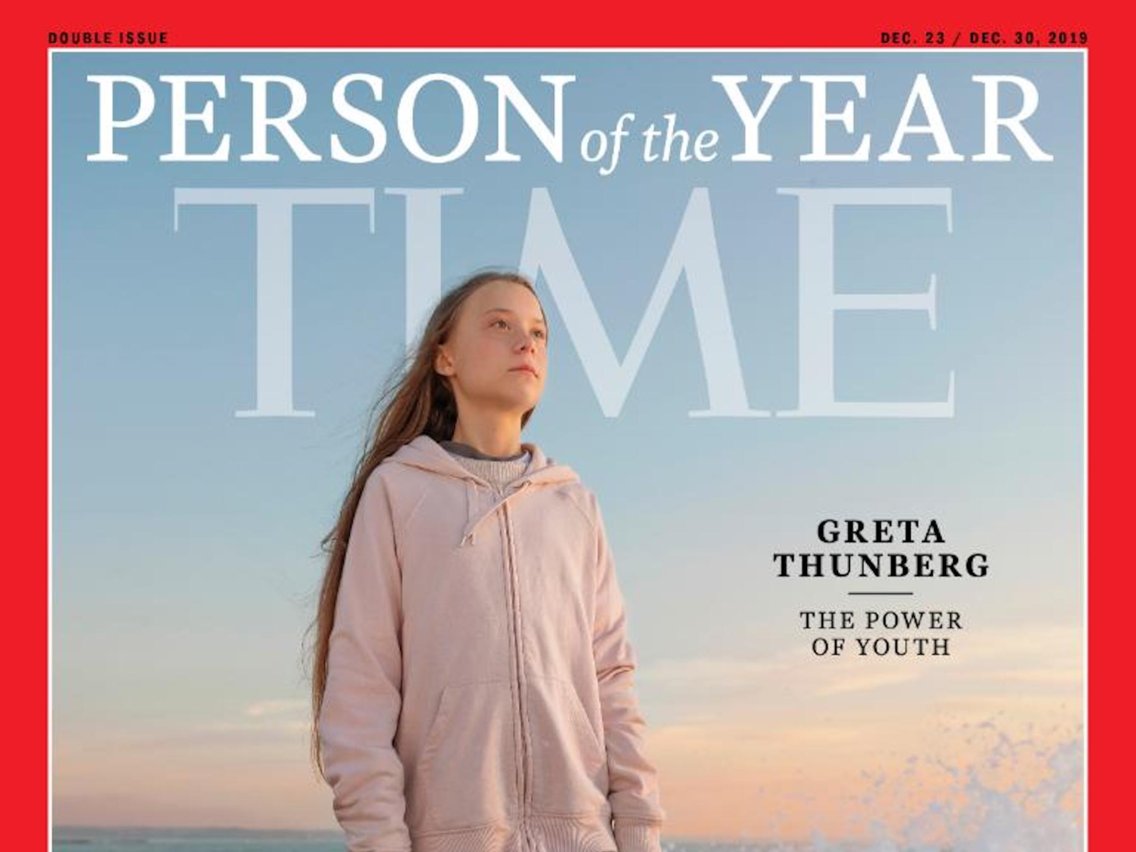 At the end of each year, Time announces their Person of the Year “who wielded the most influence in the previous 12 months.” In the past they have selected politicians, pilots, scientists, soldiers, royalty, astronauts, journalists, activists, businesspeople and even the earth.

In 2019, they chose 16 year old climate crisis activist Greta Thunberg. She was recognized for starting a school strike movement and getting millions of people globally to join massive demonstrations like the one on September 20, which was the largest recorded climate strike in history as reported by the Guardian.

‍Greta’s global recognition came in 2018. She held her handmade Skolstrejk för Klimatet sign every Friday as she striked in front of the Swedish parliament. In a lot of ways, she was an ordinary teen in the same position that many are in. She feels the fear that so many young people feel thinking of an uncertain future, an 11 year deadline to save the world, nations ruled by people who choose to turn their heads at a global crisis in exchange for a cheap pay-out.

‍But she has also made some extraordinary choices by taking the common anger that unifies young people in the environmental movement and doing something with it. She has spent her time at UN conferences, giving speeches at protests and testifying in front of Congress and European Parliament. She has started a global #FridaysforFuture movement and inspired millions of people to mobilize in order to demand political action against one of the most urgent issues of our time.

Greta became the youngest person to be given the title in the 93 years since it has started. This accomplishment is significant not just for Greta herself but for teen activists everywhere. For decades and in the past few years especially, youth have led historic movements across the globe. During the 1960’s, they helped desegregate schools, stage sit ins and organize marches during the civil rights movement. During the Vietnam War, they were on the frontlines of anti-war marches and protests. In 2018, they skipped school, marched and organized for gun reform after a school shooting in Parkland, Florida. They have put their well-being, bodies and lives on the line to protect their communities and their future, and now they are finally being recognized for it.

As momentous an accomplishment as this is, it’s still critical to question why it’s taken this long for youth to be spotlighted in this way. Even more importantly, the question needs to be asked of why Greta is being given the attention when there have been so many before her doing the work.

Greta’s steadfast commitment to striking every week and her blunt honesty about climate change have drawn followers and fans across the world. Despite the swell of attention that’s been brought to the 16 year old, fame and self-gain were never the goal. She has stated that she dislikes being in the spotlight, and she rejected an award from the Nordic Council on the basis that “the climate movement does not need any more awards,” rather it needs action.

She has faced ableist comments about her speeches due to her Asperger’s syndrome, demeaning headlines that mock and dismiss her for her age and condescending tweets from the US president. She has handled all of these things with an air of grace and a sense of humor.

‍However, it would be irresponsible to ignore that the attention she’s gotten stems in many ways from her privilege and position in society.

Media has spotlighted Greta, governments have listened to her speak and people around the world have named her an inspiration. When the environmental movement was searching for a face, it looked past Jamie Margolin of Zero Hour who is an activist for Latinx and native communities. It looked past Mari Copeny of Flint who advocates against environmental racism and the water crisis. It looked past Isra Hirsi of US Youth Climate Strike who works for inclusive and radical solutions to the climate crisis.

Instead, it found a girl from Sweden, a place that is currently experiencing and will continue to experience the climate crisis in very different ways than overexploited developing countries. It found someone who is white and does not face the same level of environmental injustice. It found someone who is neither radical nor centered on equity with climate solutions. This helped guarantee that the face of the climate change movement wouldn’t threaten the long-standing power structures driven by racism, patriarchy and colonialism in the way that many black, indigenous and people of color (BIPOC) activists do by advocating justice-first approaches.

In that way, their message is not the same as Greta’s. Their story is not the story of a young girl scared for the future who learned of the climate crisis at eight years old in school. Theirs is the story of an entire group of people who have known the struggles of the climate crisis since birth, who learned of the pain of negligent and violent governments from their own lived experiences rather than textbooks. They are the activists born not out of fear for what’s to come, but of anger from what they’ve been put through.

They are the indigenous Hawaiians standing at the top of Mauna Kea protesting America’s legacy of colonialism and insistence on ignoring the sacredness of their native land. They are the natives at Standing Rock who put their lives on the line and stood up against the Dakota Access Pipeline. They are the communities of the Amazon Rainforest like Terra do Meio who are protecting their land, it’s resources and its biodiversity.

These activists have been on the frontlines of environmental movements for decades, and not necessarily by choice. Marginalized communities tend to contribute the least to carbon emissions and ecological destruction yet they are hit hardest by the effects of the climate crisis.

BIPOC activists have faced the same things Greta has as they’ve been dismissed for their age, mocked by the public and degraded by leaders. But they have also faced the silence where she has seen applause, been denied recognition where she has been given awards, dealt with tone policing over a righteous anger where she has been praised for delivering emotional speeches.

Greta has made attempts to acknowledge the disparities in climate change. She visited Standing Rock in 2018 to speak with native activists and bring attention to their protests. She said in a speech to parliament that “those who will be affected the hardest are already suffering the consequences, but their voices are not heard.” She has used her platform to uplift those who have been ignored in the climate discussion. However, marginalized voices need to be centered in this conversation and movement, not just briefly mentioned or acknowledged during speeches and in interviews. Otherwise, there will be no sustainable solutions and no livable future.

Decade in Review: A Period of Acceptance & Change

How to Not Look Like a Clown This Halloween