What's the Difference Between Cultural Appropriation and Appreciation?

Especially on Halloween, we must understand the difference between truly appreciating a culture versus blatantly appropriating it for personal benefit

Neha Vazarkar
and
October 31, 2020
in
World
Courtesy of The Wildezine 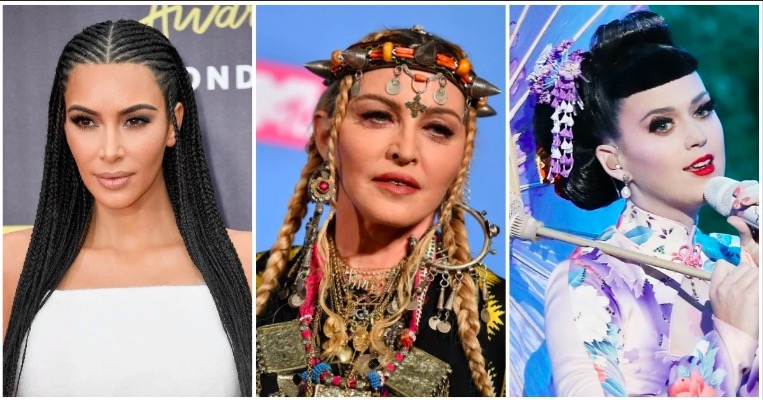 As the Black Lives Matter movement rapidly gained global support in the wake of police brutality events in the United States, an increased number of people who had felt oppressed as a result of their race began speaking out about their experiences and raising awareness for under discussed issues.

In recent times, many celebrities and influencers have come under fire for cultural appropriation. Cultural appropriation occurs when an aspect of another culture is taken and used for one’s personal benefit. One example is the Kardashian family—Kim Kardashian was criticized for appropriating Black culture by wearing cornrows, a traditional hairstyle originating in Africa. Furthermore, she called the cornrows “Bo Derek braids,” referring to the hairstyle of Bo Derek, a white actress, in the 1979 film “10.” Singer Adele was also recently criticized by many for appropriating the Jamaican hairstyle of Bantu knots. However, Jamaican fans supported her, stating that she had honored and highlighted their culture by posting a picture of her wearing the hairstyle on her Instagram. Thus, an important question emerges: where do we draw the line between cultural appropriation and cultural appreciation?

Cultural appropriation can happen in many ways, but the most impactful way is one in which the dominant group takes from a culture that is or was oppressed. A common example of this in the United States is when white people wear Native American headdresses. In Native American culture, headdresses were reserved for men who had received many honors for their work and were therefore incredibly significant to the culture. So when people at Coachella and the Victoria’s Secret Fashion Show wore headdresses as not only a prop but also a sexual object, many people were upset—for good reason. In the past, the United States implemented policies that stripped Native Americans of their identity in an effort to push and integrate them into the new society. Native people were forced to hide their cultures and wear western clothing. While the cultural appropriation today might not seem as offensive to outsiders, for many, it serves as a reminder of past trauma and a mockery of historical injustices.

Another example is the appropriation of Black culture as a whole. For many years, some have accused Black people of not having a separate culture. In recent years, however, many celebrities have been adopting traditionally Black hairstyles and making them “cool.” Yet, there is a double standard: even as white celebrities turn Black hairstyles into trends, many Black women’s natural hair are not seen as “work appropriate” and they are expected to adopt hairstyles unsuitable for their hair types. In the workplace, people view Black hair and hairstyles as subpar to white or western hair styles in contrast to the fashion industry or social media world, where they are viewed as “trendy”.

Yoga is also a practice that has been appropriated in mainstream American culture. Yoga has been stripped of its cultural identity with many people desiring an experience that does not include chanting, Indian symbols, or bells, which is central to the practice as a whole. Similar to the experience of Native Americans in the United States, during the British colonization of India, Indians were ridiculed for this practice. But today, the practice is common among the upper throngs of society, mostly with white people, and has little Indian representation. This trend continues a long standing pattern of the misrepresentation of Indian culture.

Many people immediately jump to the conclusion that because of “cultural appropriation” they are unable to explore other cultures, but this is simply not the case. Instead, here are some points to keep in mind when you think that you may be appropriating a culture: first, check the significance of the article of clothing or hairstyle to the culture. If it is significant, make sure not to undermine the cultural significance or wear it in a way that would be offensive in that culture. It is crucial to not wear a significant item as a fashion statement. Next, make sure that you are giving proper credit to the culture that your clothing comes from. Finally, make sure that you are not looking down at people from the culture for their practices, and then trying to adopt them for yourself in an effort to be trendy. This is key to being appreciative and respectful of the culture. Cultural events that you are invited to participate in are a form of cultural appreciation, as long as you do not take that invitation as a sign that members of that culture will not be offended if you misuse their culture. If there is ever a time where you are unsure of what to do, remember that there are many ways to participate in a culture without “stealing” it. Listening, understanding, and participating are all habits that can help you ensure that you are not overstepping your boundary.

The Lack of Diversity in the Publishing Industry