What's Happening in Ethiopia and Why You Should Care

In a country on the brink of a civil war, the people of Ethiopia are caught in a crossfire with little aid

Eshaan Mani
and
January 7, 2021
in
World
Courtesy of AFP 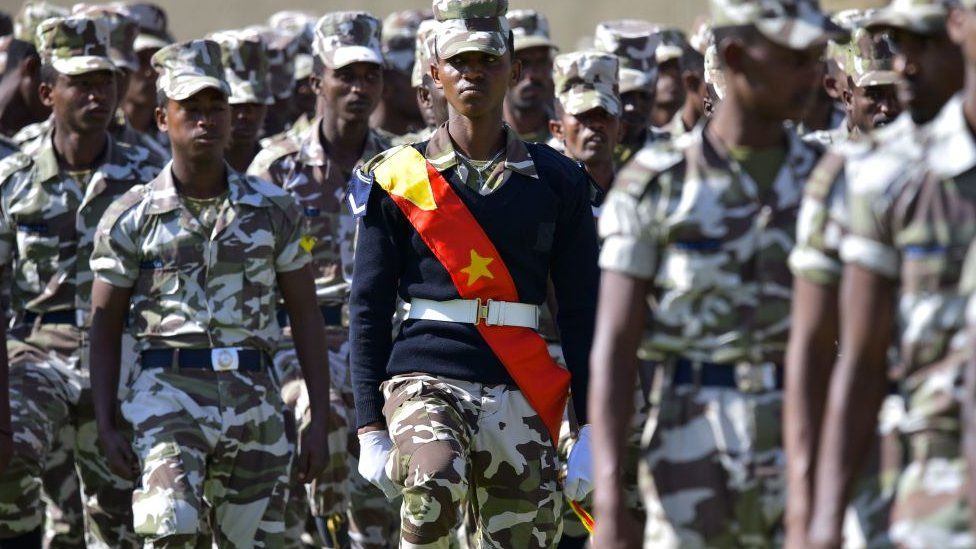 Ethiopia: Africa’s oldest independent nation, birthplace of coffee, and a beautiful script. Unfortunately, coffee is not the only thing brewing in this East African country. In recent months, a conflict between the Ethiopian government and the Tigray People’s Liberation Front in the northern Tigray region has thrown the country into turmoil and destabilized the entire region. The cause of this crisis can be traced back to the fact that Ethiopia is a federal republic, with various tribes coming together to govern the nation’s ten regions.

The Tigray People’s Liberation Front (TPLF), from the northern Tigray region, was the leader of a coalition that was in power from 1991 onwards. While this coalition brought the nation prosperity, it paid no heed to human rights or a democratic process. Their blatant disregard for these crucial elements of a just and equal society led to widespread protests and unrest, eventually ushering a new leader, Prime Minister Abiy Ahmed, into office.

The new Prime Minister set up his own political party and ousted TPLF leaders from his government, with some backlash and further unrest from TPLF supporters. Ahmed successfully ended a land dispute with Eritrea, a neighboring nation, landing him a Nobel Peace Prize in 2019, and resulting in much praise from all regions of the country- save for Tigray. The people of Tigray notoriously have a less-than-friendly relationship with the people of Eritrea, exacerbated by their immediate proximity at the Eritrean border. In the views of many critics of Ahmed’s actions, ending the land dispute was attributable to an “unprincipled friendship”, and was a move that was “anti-national”, since it went against the wishes of the tribe of Tigray, one of the tribes in the federal coalition. Thus, according to the BBC, the people of Tigray “see [Ahmed’s] reforms as an attempt to centralize power and destroy Ethiopia’s federal system.”

Essentially, the region of Tigray is semi-autonomous. The Tigrayan people are one of the most independent tribes in the nation. In 2019, the TPLF refused to participate in Ahmed's newly-instated government, and refused to merge with his Prosperity Party. When Tigray insisted on holding regional elections autonomously in September, in a move of defiance against the central government which had delayed national elections, Ahmed’s cabinet suspended funding, and cut nearly all ties with Tigray. The region interpreted this as a declaration of war, and tensions mounted.

On November 4, 2020, Prime Minister Abiy Ahmed launched a military offensive to retaliate against an attack on a federal army base in Tigray. He stated that Tigrayan forces had tried to steal weapons from the national military, crossing a “red line”. Thus, the two entities entered a state of civil unrest and military conflict, on the brink of an all-out civil war.

Al Jazeera reported sporadic shellings, missiles, and shootings in Tigrayan towns including Mai-Kadra, Mekele, and Humera, with thousands displaced since early November, fleeing to Sudan. In Mai-Kadra, witnesses told the visiting Ethiopian rights commission they saw police, militia, and members of a Tigray youth group attack the Amhara people, another major Ethiopian tribe. This was an example of an independent conflict: neither the TPLF nor the Ethiopian army were involved. Communications have been cut from the region, a strategic move by the Prosperity Party, so that little to no news could permeate to media outlets. The exact number of casualties is not clear.

The Ethiopian army is one of the strongest in Africa, and the stability of the nation is key to economic and political stability across the Horn of Africa. Tigray’s forces are nothing to scoff at either, with the International Crisis Group estimating their numbers to be “perhaps 250,000 troops combined."

This could mount to total civil war, which could polarize more ethnic groups and push the region back in terms of progress, which, especially for a sensitive region like the Horn of Africa, could be devastating.

Ethiopia’s neighbors include Somalia, which has been wracked by constant conflict at the hands of Al-Shabaab terrorists and revolutionary forces since 1991, and Djibouti, still recovering from a major civil war and border conflict. The situation is less than ideal in this East African region, and a full-blown civil war in Ethiopia could spill over into these already tumultuous territories, offsetting the current fragile political balance.

Though the deputy army chief claims the war will end with Tigray, there are many other regions in Ethiopia calling for autonomy and personal freedoms, not to mention unrest over the Grand Ethiopian Renaissance Dam, which has drawn apprehension from Egypt and other entities along the Blue Nile due to fears of resulting water insecurity in Nile-dependent regions. Ethiopia is facing a reckoning concerning widespread civil unrest, human rights, and political equality and representation both within and outside of its borders.

Substantial numbers of Ethiopians have already been displaced as a result of the conflict, civilians caught in the crossfire. The situation with refugee camps at present is abhorrent; wounded, destitute, hungry, and without any supplies, ethnic Amhara and Tigrayan refugees are camping out in temporary shelters near the Lugdi border in eastern Sudan. Medical professionals do not have the supplies to deliver babies or provide dialysis treatments, and have had to make life-and-death decisions. Human rights commissions, like the UN, have attempted to call for independent investigations and further aid, though these efforts are still in progress. A convoy associated with the Red Cross will enter Tigray soon, and is currently pending approval.

No matter who presides in this conflict, it is becoming clear that Ethiopia’s citizens will be the victims and are already being caught in this position, caught in a crossfire they have no power to end. For now, we can only hope that a peaceful resolution will be found.