With opening statements set to begin March 29, a sense of unrest hangs over Minneapolis, the city where this case began almost a year ago

Kendall Carll
and
March 14, 2021
in
Justice
Courtesy of The Minnesota Daily 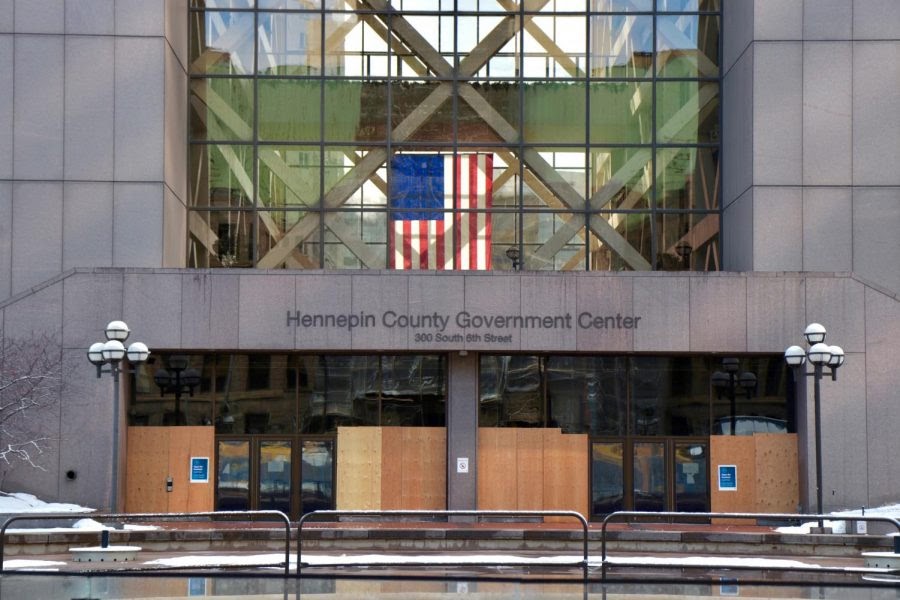 On May 25, 2020, a convenience store employee called 911 with allegations that a customer had purchased a pack of cigarettes with a counterfeit $20 bill. Seventeen minutes after the first officers arrived on scene, a 46-year-old Black man named George Floyd was pinned beneath three police officers, unconscious, and showing no signs of life. Despite Floyd repeatedly saying he couldn’t breathe, Derek Chauvin, a white officer, pressed his knee against Floyd’s neck for about eight minutes. A few hours later, George Floyd was pronounced dead at the Hennepin County Medical Center emergency room.

The murder of George Floyd sparked a revival in the Black Lives Matter movement. In the months to follow, more than 26 million people would participate in the largest social movement in US history. On June 6 alone, half a million people turned out at nearly 550 protests across the country. Despite opposing claims, The Guardian reports that “93% of all Black Lives Matter protests involved no serious harm to people or property.” The same, however, cannot be said about police treatment towards the protestors. Videos of police in riot gear shoving down elderly people and unleashing tear gas on peaceful groups dominated social media feeds all summer.

Now-fired officer Derek Chauvin faces second-degree murder and manslaughter charges. With opening statements set to begin March 29, a sense of unrest hangs over Minneapolis, the city where this case began almost a year ago. Workers have installed barbed wire fences and concrete barriers around the courthouse as a part of security in preparation for the trial.

Chauvin will be tried seperatedly from Alexander Kueng, Thomas Lane, and Tou Thao, the other three former officers involved in Floyd’s murder, who will be tried in August for aiding and abetting second-degree murder and manslaughter. But with less than a week before jury selection, the Minnesota Court of Appeals is now considering the addition of a third-degree murder charge. While the district court judge presiding over Chauvin’s case had previously dropped the charge, prosecutors from Minnesota Attorney General Keith Ellison's office now argue this decision was an “[abuse of] his discretion.” It is expected that prosecutors will continue to push for this charge as “third-degree murder offers a middle ground should jurors want to compromise with their verdict,” improving the prosecutions odds substantially. Just recently, an appeals court demanded that the original judge must consider the charge, a reason for hope on the side of the prosecution.

The jury selection process will prove difficult for the attorneys of this case. While lawyers usually look for jurors who are unfamiliar with the case being tried, it would be impossible to do so with such a high-profile case like Chauvin’s. Instead, Chauvin’s defense and the state will try to find people who have not made up their mind on the case. The battle over juror selection is sure to be heated as Chauvin’s attorneys and the state prosecutors both understand that judicial bias may be easily introduced in these types of cases.

As cruel as Chauvin’s actions were, many expect that getting a conviction will be challenging for both factual and legal reasons. While Floyd’s family will easily win any civil suit for excessive force, discrepancies in Minnesota law make it less certain that Chauvin will be convicted of homicide. Ted Sampsell-Jones, professor at the Mitchell Hamline School of Law, explains that in Minnesota statutes, “there is a large legal space between the definition of excessive force and the definition of homicide.” Jones predicts that Chauvin’s defense will rely on “exploiting unfortunate indeterminacies in Minnesota law.” Moreover, these defenses don’t need to be particularly persuasive to inhibit a conviction; they only need to be enough to raise a reasonable doubt in a single juror. If the defense is able to convince a contrarian juror that there exists a reasonable doubt, then they may manage to prevent the jury from coming to a unanimous decision during deliberation, or hang the jury, thus avoiding a conviction . Inconsistencies created by multiple autopsies contests to the timeline of events leading up to Floyd’s death, and even manipulated evidence of intoxication are all weaknesses in the state’s case that Chauvin’s defense may be able to capitalize on. Moreover, these challenges don’t even consider the additional difficulty of convicting a police officer. Despite possessing video footage and eye-witness accounts, state attorneys will face an upward battle against history and precedent in this case. According to Mapping Police Violence, police officers were not criminally charged in more than 99% of on-duty killings since 2013. In Minnesota’s 165-year-history, a single police officer has been convicted of murder – a conviction now on appeal.

Nevertheless, prosecutors retain an optimistic outlook on conviction, in part because of the weight of this case. As one of the most cut and dry instances of police use of excessive power, Floyd’s case offers a historic opportunity to break the precedent currently shielding police officers from accountability. Given Floyd’s case’s role in the Black Lives Matter moment, a victory in the courts would also provide critical momentum for the legislative agenda of BLM.

As influential as the death of George Floyd was, it's important to remember that it was far from “ground-breaking.” George Floyd’s murder is not the first case of systemic racism within the US justice system. No, the murders of Eric Garner, Michael Brown, Tamir Rice, Walter Scott, Alton Sterling, Philando Castile, Stephon Clark, Breonna Taylor, and hundreds of other unarmed Black Americans have already made that clear. While the next few months will center around Floyd, understand that this case is but the tip of the iceberg in a decades-long struggle for police accountability and racial equity that will persist well after the final gavel strike in Hennepin County.