April was Autism Awareness Month, and Rumari Zalez, an 11 year old boy with autism, had something to say about it.

Morgan Weir
and
December 23, 2019
in
Health
Courtesy of ABC News 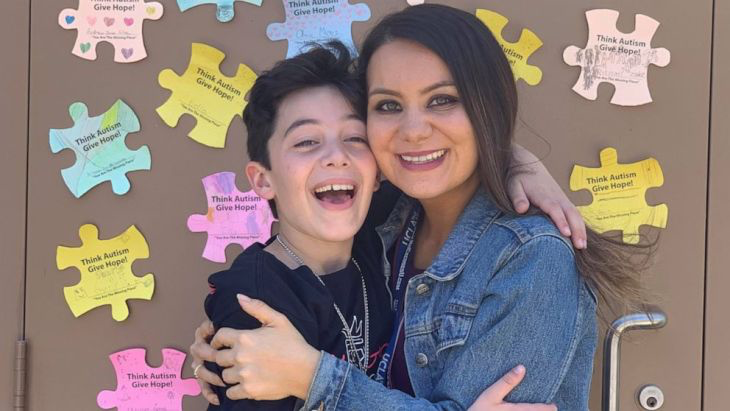 April was Autism Awareness Month, and Rumari Zalez, an 11 year old boy with autism, had something to say about it. He asked if he could talk to the class about his experiences during their autism awareness lesson, and his fourth grade teacher, Lisa Rachel Moe, posted a video to Facebook of a speech he gave to his classmates.

In the speech, Rumari asked his classmates to “see other people who actually have it and make them feel like a somebody.” This is especially important given that students with disabilities are at an increased risk of being physically and verbally bullied, according to Stop Bullying. It’s clear that anti-bullying programs in schools need to address the root causes, and ableism is easily one of the most prominent.

The Facebook post went viral, with people praising the 4th grader for his willingness to be unapologetically himself. Rumari’s classmates were just as excited about the speech. They gave him a round of applause at the end, and one student said “I think you’re awesome just the way you are.”

Despite these leaps in destroying stigma around autism, organizations like Autism Speaks have come under fire for trying to speak for autistic people without listening to them (along with spreading stigma and spending more on fundraising than on services). According to Autistic Advocacy Network, only 1.6% of the overall budget for Autism Speaks actually went to family services in 2017. Out of 26 board members, only 2 are on the autism spectrum and 19 represent corporations like PayPal and Sprint.

It’s so important to include the voices of people with autism in this discussion, and Rumari highlights that by having the courage to speak up. If “autism awareness” becomes about hearing a neurotypical person teach things they read off WebMD and not about listening to the voices of autistic people, then there’s no point.

Another way we can continue to destroy the stigma around autism is by donating to and supporting well-run, ethical organizations like Autistic Self Advocacy Network, Autistic Women and Nonbinary Network, or Self Advocates Becoming Empowered.

More than anything, Rumari’s speech serves as a reminder of how important it is to listen to each other and teach students to do the same. Public school is unequivocally ableist and tends to ignore the voices and needs of kids like Rumari. When it comes to the new wave of reform to public education, it’s more important that we take moments like this to listen to each other and help students understand different and diverse experiences than it is that we implement flexible seating or get rid of standardized testing.

Another Epidemic Amidst the Chaos: Child Abuse