Millions of people all over the world are already facing the consequences of global negligence.

Isha Umamageswaran
and
September 12, 2021
in
Environment
Courtesy of Al Jazeera 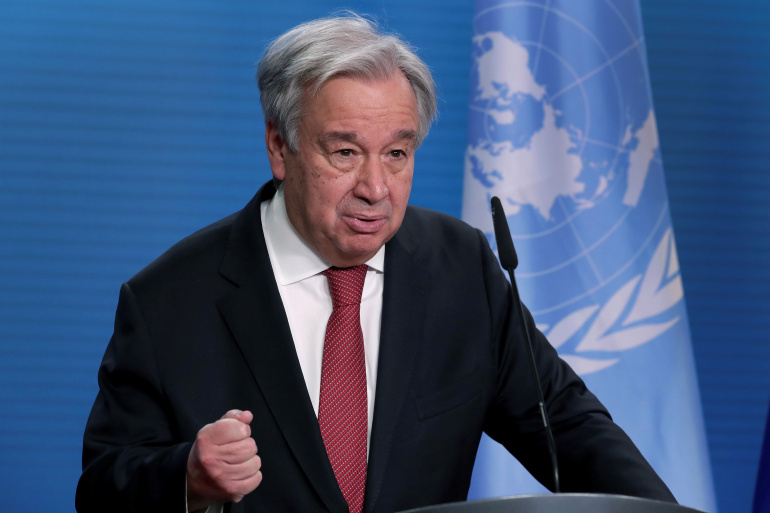 On August 9th, 2021, UN Secretary-General António Guterres released a statement addressing the recently issued UN IPCC Climate Report. Referred to by Guterres as a “Code Red For Humanity”, the report embodies his worries for the ever-increasing temperatures that the world is currently witnessing as well as his requests and commands to all nations to combat what he says is soon to be an irreversible disaster.

Recently, cities all around the world have hit record-high temperatures and the amount of climate-related disasters such as forest fires and floods have increased as well. As Guterres and the IPCC stressed, the issue will only worsen with time, as degrees are rising exponentially. Guterres also mentioned that the 1.5°C goal of the Paris Agreement is “perilously close”— the world has already crossed 1.2°C. Additionally, he discussed the number of people and communities that are currently depending on their nations to take action, especially those that are the most vulnerable and in need of change. He then announced his current orders for governments to start taking action. “This report must sound a death knell for coal and fossil fuels, before they destroy our planet,” he declared, signifying his powerful stance on this issue. Included in his statement were the following new measures: new coal plants shall not be built after 2021, all nations should put an end to fossil-fuel exploration by 2030 (or, for non-OECD members, 2040), and renewable energy should triple by 2030 (or 2040) as well as other initiatives. Guterres went on to explain the severity of the situation; he called out the moral and economic responsibilities that every country holds conjointly. Finally, he ended the announcement by requesting both private and public sectors to work together and align themselves with the Paris Agreement, hopefully in time for COP26.

Even though the original IPCC report covered many topics, it can be condensed down to a few key points. Firstly, it is made clear by the exposition that whether or not the 1.5°C goal is met, extreme weather occurrences will continue to remain a permanent recurrence in the world. This means that even serious measures put into place today would not be able to stop forest fires and extreme heat waves from making frequent comebacks. Secondly, the report tells us that it would take drastic measures in order to prevent temperatures from exceeding 2°C over pre-industrial temperatures‒ let alone the prevention of a 1.5°C increase. This is alarming, as it seems as though the UN may not be able to reach its goal of staying behind the 2°C threshold. Finally, the report highlights the conclusion that humans are ultimately at fault for climate disaster. Even though the world has been full of discourse concerning humans’ affect on climate, it is now an undeniable fact that mankind has been the largest propeller of this issue.

As of now, the climate situation will continue to unfairly impact certain communities. These include poorer areas and places that might not have access to as many resources as other areas, especially those that can help combat extreme climates. A study done by 300 U.S. government experts showed that lower-income communities will be affected by these new temperatures a lot more than other communities for several reasons such as an already greater number of environmental hazards and a lack of inclusion of residents from government officials.

Meanwhile, British politician and democratic-socialist Jeremy Corbyn says that the “...Climate Crisis Is a Class Issue”. In an article he wrote about the situation, Corbyn describes what he sees as several governments’ failure to properly react on time to this crisis and how they contributed to our current situation. In one portion, Jeremy writes, “With military budgets ballooning across the world, powerful countries are preparing for conflict, not cooperation, to deal with the climate emergency. Such false solutions will increase all our suffering; but as ever, will favor the wealthy few while punishing the many — whether people flooded out of their homes in England or people fleeing drought in North Africa.” As it was pointed out in the excerpt, nations have been purposefully avoiding the current crisis and instead spending money on other parts of their government such as the military. The situation we are in is not a coincidence; major political and economic figures have predicted this day for decades, but have ignored it thus far.

As Secretary-General Guterres says: even though there might be hope for a less-impacted future, action must be taken now to prevent further permanent damage to our globe. Several communities all over the world are already facing the consequences of their negligence— any longer, and they might start facing major losses, whether it be financial or health-related. It is already too late to reverse many long term effects of climate change; if the world wastes more time, the consequences will be hefty.