What Remains To Be Seen From the Breonna Taylor Settlement?

Seven months later, Breonna Taylor, a Black woman who was shot to death in her own apartment, still hasn't received justice 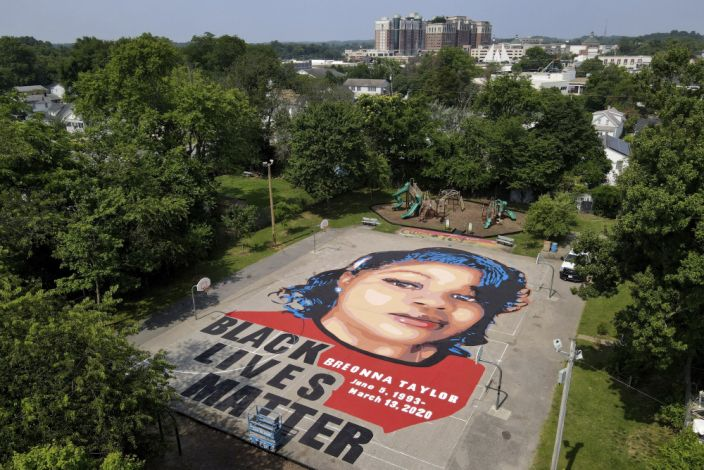 Trigger Warning: This article discusses matters of police brutality, racism, violence, and death. If you are sensitive to any of these topics, please exercise caution while reading.

Six months after 26-year-old Black emergency room technician Breonna Taylor was shot and killed by police in her own apartment in Louisville, Kentucky, city officials agreed to compensate her family with $12 million, and agreed to implement institutional changes aimed at preventing future deaths at the police’s hands. The wrongful death lawsuit was filed in April by Ms. Taylor’s mother, Tamika Palmer, alleging battery, excessive force, and negligence in the shooting of Taylor on the dreadful night of March 13th by police officers without so much as executing a warrant.‍

Mayor Greg Fischer, Taylor’s family, and their attorneys announced the settlement at a joint press event in September. As Palmer, the lawyers, and various activists walked into the council chamber, a momentary show of unity occurred after six months of nightly demonstrations that have left Kentucky’s largest city boarded up.

As part of the settlement, the city agreed to initiate a housing credit program as a motive for the officers to live in the areas they serve, use social workers to lend support on certain police runs, require commanders to review and approve search warrants before seeking judicial approval, and implement several other systemic changes.

The agreement, which did not require the city to acknowledge wrongdoing, was “considerable”, with her family receiving more than double the amount paid to the relatives of Eric Garner. While a few similar cases resulted in larger amounts of payment, a majority of them came only after years in court battles. The Louisville agreement was reached in a ‘mere’ six months.

Taylor’s mother stated, “Justice for Breonna means that we will continue to save lives in her honor. No amount of money accomplishes that, but the police reform measures that we were able to get passed as a part of this settlement mean so much more to my family, our community, and to Breonna’s legacy.”

The policing changes would require more supervision from top commanders, and make safeguards that were not followed during the raid on March 13th mandatory, though they were already common practice in the department. They would also implement an early warning system to flag officers who’ve been accused of excessive force.

Attorneys said that more must be done to achieve justice for Breonna- specifically, criminal charges for the three officers who were involved in the shooting. Civil rights attorney Benjamin Crump said that second-degree manslaughter charges should be filed, at minimum.

He proceeded to add, “We want full justice. Not partial justice.”

The lawsuit stated that the police had a “knock and announce” search warrant to enter Taylor’s apartment, when the officers were actually searching for a person who lived in an entirely different area of Louisville. The suit also said that the officers entered Taylor’s apartment while Taylor and her boyfriend, Kenneth Walker, were sleeping, without knocking and without announcing themselves as police officers before opening fire.

Taylor was shot eight times and killed despite committing no crime and posing no immediate threat to the police officers. Walker, her boyfriend, said that although he had heard a pounding at the door, the policemen didn’t announce themselves. According to the Louisville Courier Journal, he had fired one warning shot and hit an officer, Sgt. Jonathan Mattingly, in the thigh, followed by the other policemen, Brett Hankinson and Myles Cosgrove, who returned fire and killed Taylor. All of the three officers were named as defendants in the lawsuit.

On June 19th, then-interim Louisville Metro Police Chief Robert terminated one of the officers, Brett Hankison, for “wantonly and blindly” firing 10 rounds into her apartment. Following that, on September 24th, a grand jury in Jefferson County, Kentucky, indicted Hankison on three charges of “wanton endangerment” – accused of endangering lives in a neighboring unit. Neither Hankison nor the other two officers involved in the fatal police shooting were charged directly with Taylor’s death. No other charges were filed by the grand jury as they found that none of Hankison’s initial bullets struck Taylor, and determined that the conduct of the other two officers was justified.

This clearly indicates how the police departments of the United States have not been able to implement a just system for holding officers accountable. After the verdict of the jury in the Breonna Taylor case, protesters gathered in downtown Louisville shouted in disgust. They were particularly upset that the only officer charged was required to post a bond of just $15,000. After the announcement, which the protesters listened to live, the crowds yelled, “That’s it?”

When asked about the verdict, President Trump said, “Nobody’s done more for the Black community than I have.”

Attorney Benjamin Crump said that full justice is needed, not partial; this particular act of the jury has snatched away justice from the Black community instead of even giving it partially. As Tamika Palmer said, “… she deserves justice and much more. Her beautiful spirit and personality is working through all of us on the ground. So please continue to say her name. Breonna Taylor.”

The protests must not cease until justice is fully served.