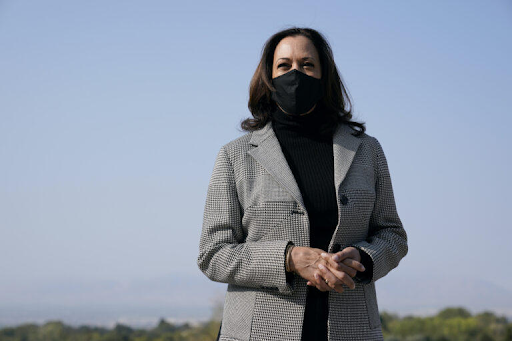 The 2020 presidential election was certainly one for the history books. With record voter turnout, the oldest President-elect in history, a pandemic still raging through the country, a sitting President losing re-election, and now not only the first female Vice President-elect but the the most prominent South Asian woman in the history of American politics. For communities of color across the United States, the Biden-Harris victory is a step in the right direction, towards true and equal representation in politics.

In many Indian-American communities, Kamala Harris’s groundbreaking victory alongside President-Elect Joe Biden was one that instilled a deep sense of pride, some even noting that it was like ‘an early Diwali present’, as stated by NPR. Indian-American communities are typically given a small magnitude of importance when it comes to targeting voter bases in elections despite making up the second-largest immigrant group in the United States, which may be attributed to the demographic’s consistent Democratic leanings. However, this overlooking of Indian-American communities was certainly not the case in the 2020 election, when the vice presidential candidate was an individual who came from these communities herself and truly spoke to them through her actions. Kamala Harris served as a role model and an inspiration for many South Asian-American children regardless of political views. By shattering both gender and racial stereotypes, Harris is seen as a beacon of hope for many young girls from minority communities. According to the U.S. India Political Action Committee, “Harris’ election was one of the most inspirational days for young girls everywhere, especially Black and Indian girls.” ‍

Earlier on the campaign trail, soon after Joe Biden announced Kamala Harris as his running mate, news outlets across the country responded with headlines noting that Harris would be the first Black woman to be on a major party ticket, without mentioning that she would also be the first Asian American VP candidate in history. This left Asian American communities with a sense of under appreciation and disappointment. The United States has long struggled with the exclusivity of South Asians from ‘Asian’ communities, with 42% of white Americans saying they do not identify Indian citizens as Asian Americans. The ostracization of the Indian community is something that many are hopeful will be improved with the Biden-Harris administration, as their ethnic group will finally be acknowledged in America at the highest level. All members of the incoming Biden-Harris administration must remedy the situation and work to remove the division between South Asians and the rest of the Asian American community, but the responsibility especially falls on Harris, seen as one of the most prominent voices in politics for this demographic.

The profound impact of Harris’s victory was one felt by South Asians across the country and the world. After Hillary Clinton’s electoral loss in 2016, many young girls and women feared that the country was not ready to have a woman in the white house, but Harris has pulled communities of color and young girls into a new era of shattering stereotypes and working towards progress.