What is the #KuToo Movement and Why Does it Matter?

In a recent event held in June 2019, Tokyo watched as men hobbled across a stage, wearing high heels and pumps. 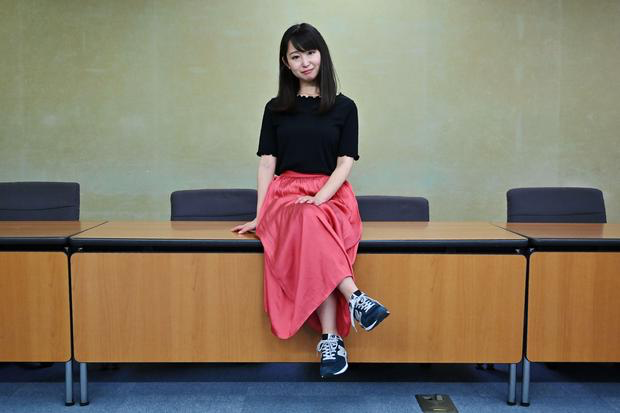 In a recent event held in June 2019, Tokyo watched as men hobbled across a stage, wearing high heels and pumps. The event was the most recent highlight of Japan’s #KuToo movement, a social media campaign meant to bring awareness to the unfair and mandatory dress codes women are subjected to in the workplace. The hashtag is a triple pun, playing on the Japanese words “kutsū” (pain), “kutstu” (shoes), and America’s #MeToo movement.

Yumi Ishikawa, 32, started the #KuToo movement through a tweet; as a funeral parlor worker, Ishikawa’s job requires her to wear heels or pumps between 1.9 and 2.75 inches. After noticing that there was not a comparable dress code for men to follow, Ishikawa’s tweet received over 67,000 likes and 30,000 retweets, followed by women replying with pictures of their bloodied and blistered feet.

June’s event marked the first time many men became aware of the uncomfortable nature of heels, Ishikawa explained. As more women related to the experience of unfair dress codes and unproductive workdays due to painful feet, a few realized that their attire was something they had never questioned before because of how common and expected it was.

“We need to be angry about this, but we’ve been taught to live with it for many years,” Ishikawa told Reuters in a recent report.

Additionally, some campaigners are tying this to foot binding, an antiquated practice in China that involved binding girls’ feet to alter their shape into smaller, more “feminine” sizes. Some have also mentioned that in earthquake-prone Japan, forcing women to wear heels can pose a threat to their lives.

The #KuToo movement challenges etiquette norms in Japan and represents a step toward awareness and understanding of limitations faced only by women. On June 3, Ishikawa submitted a petition against forced heel wearing in the workplace to the Health, Labor, and Welfare Ministry after racking up close to 20,000 signatures. The move was meant to coincide with upcoming screening processes for new university graduates, a practice during which female applicants usually wear heels. However, labor minister Takumi Nemoto stated he would not support a ban on such dress codes, as “it’s generally accepted by society” and is “necessary and reasonable in workplaces.”

Since Ishikawa’s viral tweet in January 2019, the #KuToo movement has manifested itself in similar forms across the globe in places such as the UK, British Columbia, and the Philippines. Shino Niato, the vice senior researcher at the Japan Institute for Labor Policy and Training, recognized that “Japan is a society where people are often hesitant to speak up. But once one person does speak out, others tend to follow.”

The #KuToo movement holds greater implications for women: the fight against regressive dress codes has initatied dialogue about social conventions, gender discrimination, and the plight of many women in a society known for uniformity and set tradition. While lobbying against a dress code may seem insignificant, it only serves as the next step toward equality.