Even though New York is the fifteenth state to legalize recreational marijuana, this decision's impact is significantly greater than most other states

Isha Umamageswaran
and
May 19, 2021
in
Race
Courtesy of The New York State Senate 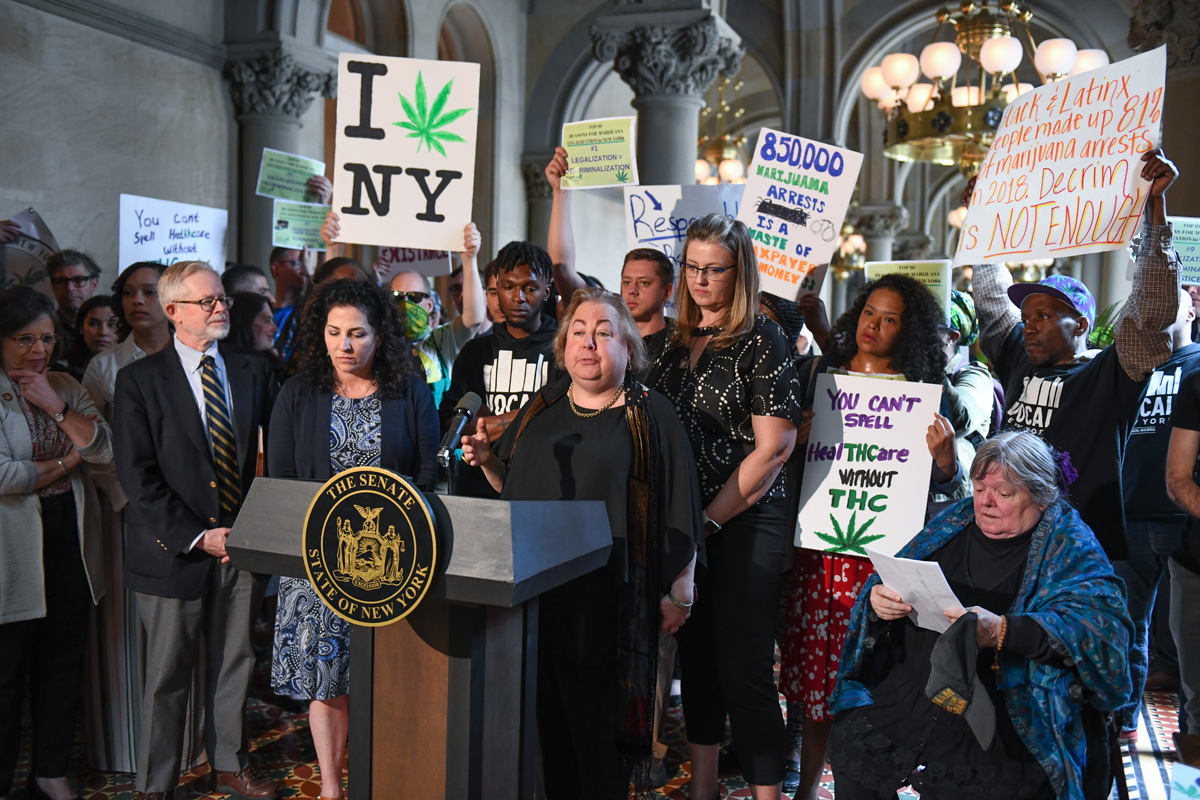 The infamous “War on Drugs” started by President Richard Nixon had lasting effects on the way that drug prosecution operated in the United States. The “war” was a campaign that fueled the implementation of several anti-drug policies and the ban of many substances, as well as increased prison sentences. Yet, instead of reducing crime and rates of substance abuse like it claimed to accomplish, laws set in place by Nixon in 1971 introduced another level of systemic racism into our government and enabled federal officials to target already marginalized communities. Though the damage has already been done, several states are now looking to put an end to the harmful consequences of drug laws on minorities by decriminalizing marijuana usage.

Currently, Black Americans are around 4 times as likely to be arrested for possession of marijuana than white Americans, even though usage rates are around the same. To leave these laws unchanged would be to maintain the large wealth disparities between white and minority communities and would also perpetuate America’s mass incarceration issues — a direct consequence of these strict laws. Additionally, the Nixon administration used the drug criminalization laws to indoctrinate and condition the American population into associating harmful and dangerous stereotypes with Black and Latino Americans, which still affect these groups today.

After several years of pressure from left-leaning Americans and other Democratic officials, a total of 27 U.S. states and the District of Columbia have taken some sort of action in decriminalizing small amounts of marijuana. Still, many of these new enactments only focus on automatic expungement, which is not enough to undo all of the destruction these past years have caused. That’s why states like California, New York, New Jersey, and Illinois are also investing money towards tackling the wealth and education-related inequalities that underprivileged communities face.

Even though New York is the 15th state to legalize recreational marijuana, this decision's impact is significantly greater than most other states. The plan Governor Andrew Cuomo intends to put into action aims for reform, including putting money towards education and reforming disproportionately affected neighborhoods. There are several provisions of The New York State Cannabis/Marijuana Regulation & Taxation Act, each of which were designed with a specific goal in mind. For example, the “Criminal Justice and Record Expungement” section describes how previously convicted citizens under arrest for marijuana consumption and/or usage will be resentenced and provided with funding; other sections of the Act go into depth about medical usage and unlawful discrimination. The bill is also predicted to create $350 million in tax revenue annually and create 30,000 to 60,000 jobs. The state promises to split the funds into three sections: forty percent will go to the state’s Department of Education, and another forty percent will go to a newly funded program that will work on community reform, including youth and adult education resources. The final twenty percent will go to drug rehabilitation programs and medical research concerning marijuana. Furthermore, Governor Cuomo’s administration has pledged to give 50% of all new cannabis licenses to “a minority or woman-owned business enterprise,” so as to not let the industry be run by majority groups.

It’s taken decades of protests and arguments for these changes to be put into action. Over half the states in the country have started a project to decriminalize marijuana and almost a third of the country has legalized it. Although these bills aren’t enough to reverse the impact of the previous anti-drug laws, citizens aren’t giving up on pushing for reform in lower-income neighborhoods and closing the wealth and societal inequality gaps between communities. One thing is clear — this is an essential step to take if we want to end the systemic oppression of Black and brown communities.