What Can We Learn From Greta Thunberg’s Fearless Activism?

“How dare you.” Greta Thunberg’s resounding voice rang on the stage to the audience.

Srilekha Cherukuvada
and
December 15, 2019
in
Activism
Courtesy of CNN 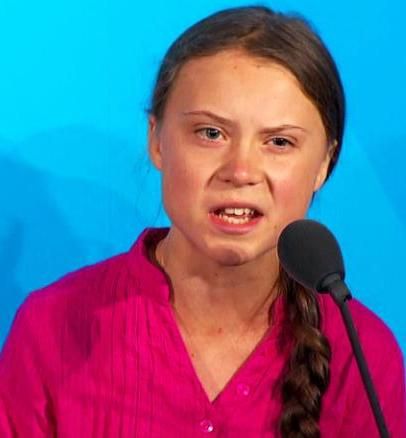 “How dare you.” Greta Thunberg’s resounding voice rang on the stage to the audience. “For more than 30 years the science has been crystal clear. How dare you continue to look away, and come here saying that you’re doing enough when the politics and solutions needed are still nowhere in sight.”

And with that, social media platforms exploded with new hashtags and posts about Thunberg’s impactful speech. Within seconds, the buzz surged and people couldn’t stop talking about Thunberg’s raw, emotional words as she spoke, nearly in tears. Her activism immediately inspired.

Activism isn’t something that can come easily to everyone. You have to work on it. You have to aspire to change the world. You have to navigate through a winding, twisting road of hate and opposition until you finally reach your goal. And then you start all over again with another issue. It’s hard work for anyone, let alone for a teenager, and requires a fearlessness that most people, adults and teenagers alike, find hard to muster.

But to Greta Thunberg, tenacious 16-year-old environmental activist, this simply seemed like the right thing to do.

Within the span of one year, Thunberg has become an outspoken star in the world of social activism, one moment standing outside the Swedish parliament, and another organizing one of the biggest climate change activism movements in the world. However, her rise to the top didn’t come all that easy. As a person on the autism spectrum, Thunberg struggled with discrimination in the social activism workplace. She was severely criticized by the extremist leader of the People’s Party of Canada, Maxime Bernier, very recently.

But she kept going. Autism didn’t hinder her ambition to create change. It helped her. In fact, her autism allowed her to see everything in black and white. She didn’t play by the rules of the game. Instead of sitting back in peace, she used her obstacles to be stronger and inspire others through her actions. She wrote two published books about activism, and didn’t stop there. She spoke about how politicians are failing us. She preached about the right to a future for generations to come.

“We’ll be watching you,” Thunberg said at the United Nations Climate Action Summit. “This is all wrong. I shouldn’t be up here. I should be back in school, on the other side of the ocean.”

She couldn’t have been more right. Why should a 16-year-old deliver a speech in front of thousands of adults about something that they could have stopped decades ago? Why should a young, autistic girl be criticized for being a leader?

Her speech echoed through the minds of world leaders and communities across the world fighting against climate change. Her passionate words had an impact, and that’s what every activist strives to do.

Thunberg’s strength and perseverance is just as much something to admire as something to learn from. Instead of watching from the sidelines with the majority of the world, she stood up, she wrote, and she spoke. She took action and initiative. She didn’t pay attention to her haters. She didn’t care what other people thought about her words. She simply spoke her mind for what she thought was right.

And that’s what we all should do.