We Can No Longer Normalize Epstein’s Behavior

Misogyny, sexual misconduct, and violence are now common and obvious amongst the highest in our government.

Lucia Wetherill
and
September 23, 2019
in
Politics
Courtesy of CNBC 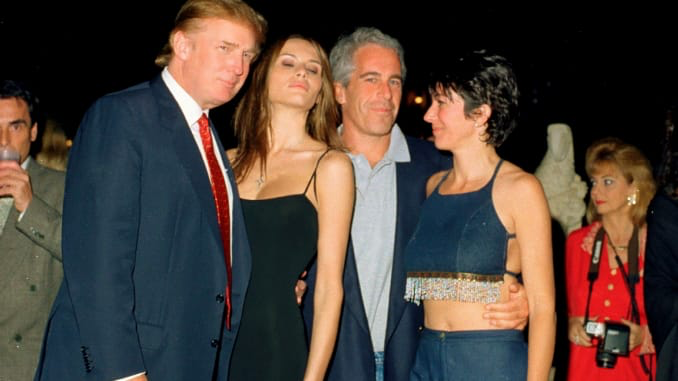 President Trump’s election to office and presidency have shocked and horrified many, both within the United States and the global community. Trump won the presidency in spite of his countless sexist and offensive comments– although his “grab ‘em by the p***y” comment horrified the country, it did little to prevent his victory. Since gaining the office, many of Trump’s friends and staff members have been accused of sexual misconduct and abuse and Trump himself has been accused by countless women of inappropriate and violent behavior. It’s time to face the facts: Misogyny, sexual misconduct, and violence are now common and obvious amongst the highest in our government. So common, in fact, that it is no longer shocking.

President Trump has surrounded himself with questionable people during and before his presidency. Members of his office –Steve Bannon, Rob Porter, Elliot Broidy– have resigned because of accusations of sexual misconduct and abuse. Alexander Acosta, Trump’s labor secretary, oversaw a secret deal that freed Jeffrey Epstein from federal charges for sex crimes nearly a decade ago.President Trump has made sexist comments and been accused of rape. On top of all of that, he was good friends with Jeffrey Epstein, who was arrested on July 26 and killed himself in his cell on August 10.

The Epstein case itself was both disgusting and intriguing. The fact that a well-known, influential man had manipulated and sexually exploited young girls for years is utterly horrifying. His beliefs about eugenics and his preference for young, underage girls are revolting. Yet what intrigued many people were his powerful connections and friendships– people such as Bill Clinton, Prince Andrew, and Donald Trump. Epstein and Trump moved in the same social circles and were seen together on numerous occasions. When asked about Epstein in 2002, Trump said, “I’ve known Jeff for 15 years. Terrific guy. He’s a lot of fun to be with. It is even said that he likes beautiful women as much as I do, and many of them are on the younger side.”

For any other president, those comments would prove catastrophic. For Donald Trump, however, it was just one of many. His administration is so consumed by allegations, indictments, and scandals that nothing is surprising anymore. Behavior that we condemn is now completely normal in this White House. The public has become so desensitized to news about sexual misconduct or abuse involving the Trump administration because it’s too common. Just last month, advice columnist E. Jean Carroll alleged that Trump sexually assaulted her in 1995. It’s already blown over, forgotten. Yet now more than ever, it’s important to pay attention to these incidents. To listen to the women who come forward. We cannot allow our society to accept inappropriate sexual behavior. We cannot allow Donald Trump, the leader of our country, to normalize inappropriate behavior, assault, and rape.

The Impact of ICE Raids: Communities in Turmoil and Cooperation