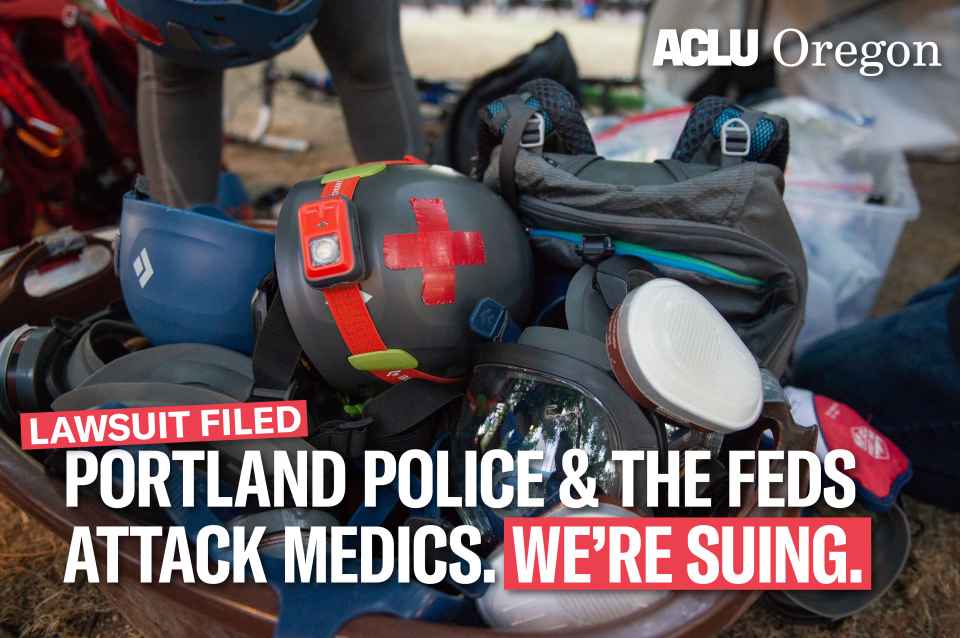 Put yourself in the shoes of a volunteer street medic at a protest in Portland. The date is June 13, and you are supervising a tent that hands out medical supplies to protesters who need them. However, as you are packing up for the day, you get arrested.

This is the story of Michael Martinez, who stopped wearing medical insignia to protests in fear of being arrested again. However, there are many other stories like his. In fact, there are so many that the American Civil Liberties Union (ACLU) filed a lawsuit against the City of Portland, the U.S. Marshals, and the Department of Homeland Security, according to their press release on the matter. Plaintiffs in the case include Martinez, Savannah Guest, and Christopher Wise, all of whom were attacked or arrested by law enforcement while serving as volunteer street medics at Portland protests.

Earlier in the summer, I wrote about the harm that has been done by those who have been attacking journalists who are covering protests. The situation with volunteer medics sends a different message, but it is still powerful nonetheless. According to Article 19 of the 1949 Geneva Convention, “Fixed establishments and mobile medical units of the Medical Services” must be respected by both sides of a conflict and must not be attacked under any circumstances. This means that federal agents and police officers are committing war crimes in order to gain the upper hand over protesters. These actions paint the federal government as an organization that will do what it takes to suppress change and ignore calls for action. This should scare you because it could spell the end of a government that listens to its citizens and give rise to a system that acts in the interest of special interests.

I applaud all of the volunteer street medics that are attending protests and giving medical care to those who need it. Working in spite of attacks from law enforcement can’t be easy, but it’s necessary.

In the meantime, let’s hope that the officers in Portland are held accountable for their actions; calling for federal change is not something that warrants a war crime.

Reopening Schools is a Lose-Lose Situation