Sex trafficking, a form of modern slavery, unfortunately continues to prevail- victims are often entrapped by factors beyond their control, including poor socioeconomic conditions and an impoverished background. 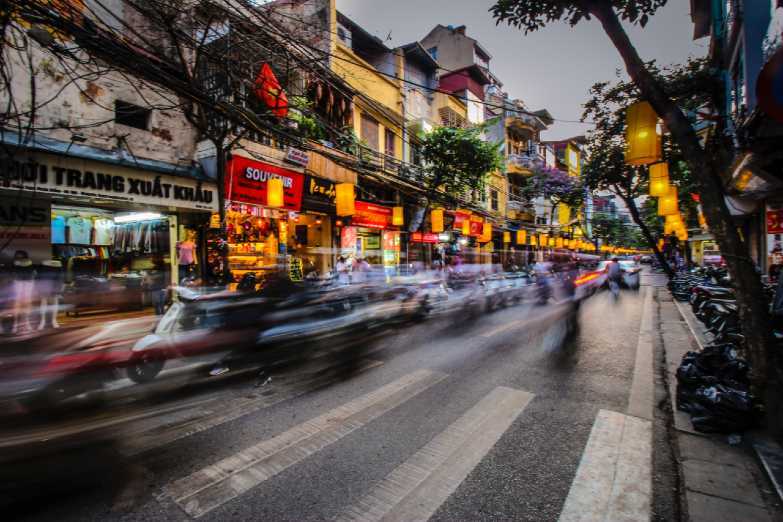 While it is difficult to discern the exact number of victims, for most of the time the reported number is significantly lower than the actual number due to underreporting. The National Referral Mechanism reported “the figures from 2009-2018 [which] show 3,187 Vietnamese adults and children victims”, but the organization has acknowledged there are many discrepancies when reporting exact numbers.

Vietnamese citizens immigrate to the United Kingdom through dangerous arrangements, such as by boat (despite terrible sea conditions). Due to poor socioeconomic conditions in Vietnam, many immigrants are pulled towards lucrative job opportunities in Britain. The overwhelming combination of poverty, lack of political freedom, climate change, and environmental disasters make leaving Vietnam a difficult but necessary choice. Sex traffickers recognize the desperation and vulnerability that characterizes most trafficked victims.

One notable example of environmental disasters affecting one’s livelihood and eventually leading to trafficking is Pham Thi Tra My, who was from the Ha Tinh province of Vietnam. Months earlier, Ha Tinh suffering from a devastating chemical spill from a steel factory. The local fishing industry, in addition to Pham’s business, were completely destroyed. Faced with no means of support, Pham was smuggled to the United Kingdom where she tragically died in a shipping container. Her story serves as a tragic reminder of an experience that many trafficking victims face.

Although young girls are the ‘ideal’ trafficking victim, boys are also trafficked in large volumes. While girls are usually dispatched to work in nail salons, boys are sent to work on cannabis farms, locked inside converted houses to work endless hours with no pay. Although girls are more likely to be forced into prostitution, boys may experience sexual exploitation as well. While some older trafficking victims are paid, their salaries are measly and imprison them in the cycle of poverty.

In addition to being in a foreign country with limited to no contacts, many trafficking victims are bondaged through debt to their traffickers and are unable to escape their dire situations. They are often too afraid to report their exploitation to law enforcement due to the fear of their traffickers finding out they reported.

Modern slavery is an abhorrent crime, and it continues right under our noses. Although the United Kingdom has been coming up in recent sex trafficking cases, trafficking continues to be a global issue. Ways to report trafficking include the National Human Trafficking Hotline (1-888-373-7888) and the National Center for Missing & Exploited Children (1-800-843-5678). Although recognizing the signs of trafficking can be difficult, here are some specific things to look out for: signs of physical abuse such as burn marks, bruises or cuts, unexplained absences from class, less appropriately dressed than before, sexualized behavior, overly tired in class, withdrawn, depressed, or distracted. Staying vigilant, unfortunately, is one of the few things we can do to prevent further trafficking.