A bill recently introduced to the Vermont House Committee on Judiciary by Representative Selene Colburn aims to eliminate the stigma around sex work that prevents many sex workers from receiving adequate health care and police protection.

Natalie Nielsen
and
March 6, 2020
in
Justice
Courtesy of Mother Jones 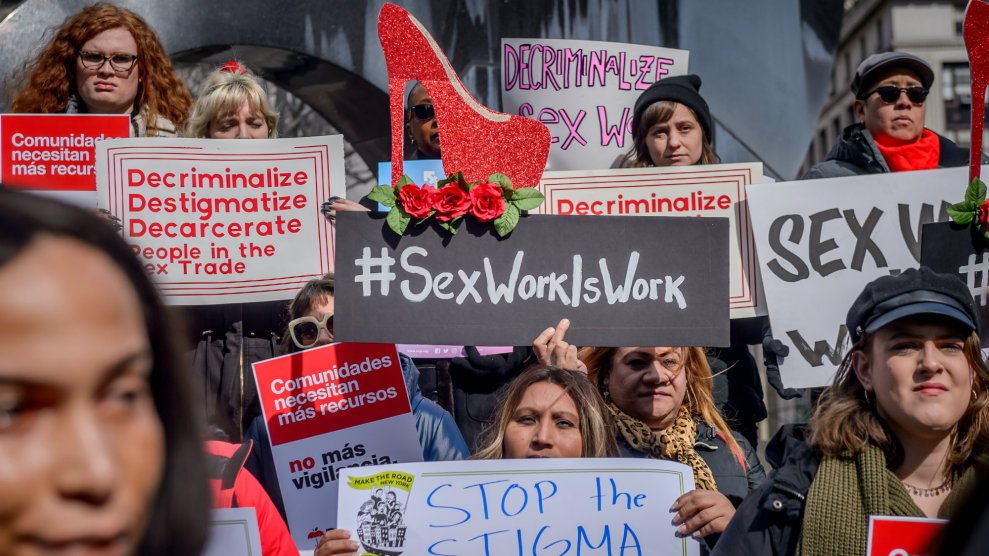 HB 569, a bill recently introduced to the Vermont House Committee on Judiciary by Representative Selene Colburn, aims to eliminate the stigma around sex work that prevents many sex workers from receiving adequate health care and police protection. The bill was proposed to decriminalize prostitution, while maintaining Vermont’s laws against sex trafficking.

Many view this as part of a growing movement against the criminalization of sex work around the country. For thousands of sex workers in America, this new bill could be a landmark decision that pushes other states to follow the same model and bring their prostitution laws up-to-date to address the growing violence in the industry.

In New York alone, over 80% of street sex workers said they had experienced violence while working. As long as sex work remains criminalized, people who have experienced abuse while engaging in that field cannot report it to the proper authorities without incriminating themselves. Without the ability to report these crimes, their assault goes unaddressed and the violence is perpetuated. The Vermont bill opens up the ability for people to report crimes they witnessed while engaging in sex work and receive the proper protection from authorities.

Many supporters have also backed the bill as a measure to increase equality in the justice system. Nina Luo, an organizer with Decrim NY, an organization seeking to decriminalize sex work throughout the state, emphasizes that many are "trading sex out of circumstances: they're homeless, they're experiencing disabilities, they're trans and they're experiencing discrimination in the workplace." With a variety of reasons causing people to enter into the industry, the most overwhelming is due to the need to make end’s meet, with money being cited as the number one reason for getting into sex work by 85% of prostitutes.

Consequently, the criminalization of prostitution can easily be seen as a wealth inequality issue. Without the ability to find jobs that pay a living wage, people turn to sex work as a way to pay for rent, food, and family. In many cases, prosecuting sex workers only means prosecuting people who couldn’t afford to live otherwise. While Vermont’s bill won’t solve this in its entirety, it is paving a path for people to support themselves without being criminalized for it.

Additionally, the criminalization sex work has created a public health issue due to sex workers not receiving adequate access to healthcare out of fear of being arrested and prosecuted. A Center for Disease Control and Prevention study in 2016 found sex workers have significantly higher prevalences of sexually transmitted diseases and infections than the general population: 27 times higher for chlamydia, 15 times higher for gonorrhea, and 12 times higher for HIV. The stigma around sex work has lead to many sex workers avoiding talking to health experts, which leads to people going undiagnosed with STDs and STIs and potentially passing them onto others. The passage of bills like Vermont’s HB 569 around the country would decrease the stigma around sex work that prevents people from seeking adequate health care and decrease the prevalence of STDs and STIs.

Instituting such a law would not only lead to the betterment of sex workers’ wellbeing, but also reduce the stigma surrounding sex work, creating a society that promotes equality, tolerance, and freedom, as opposed to the traditional values which have been prioritized over safety time and time again.