Valeria Eggers Cortés
and
April 3, 2021
in
World
Courtesy of Axios 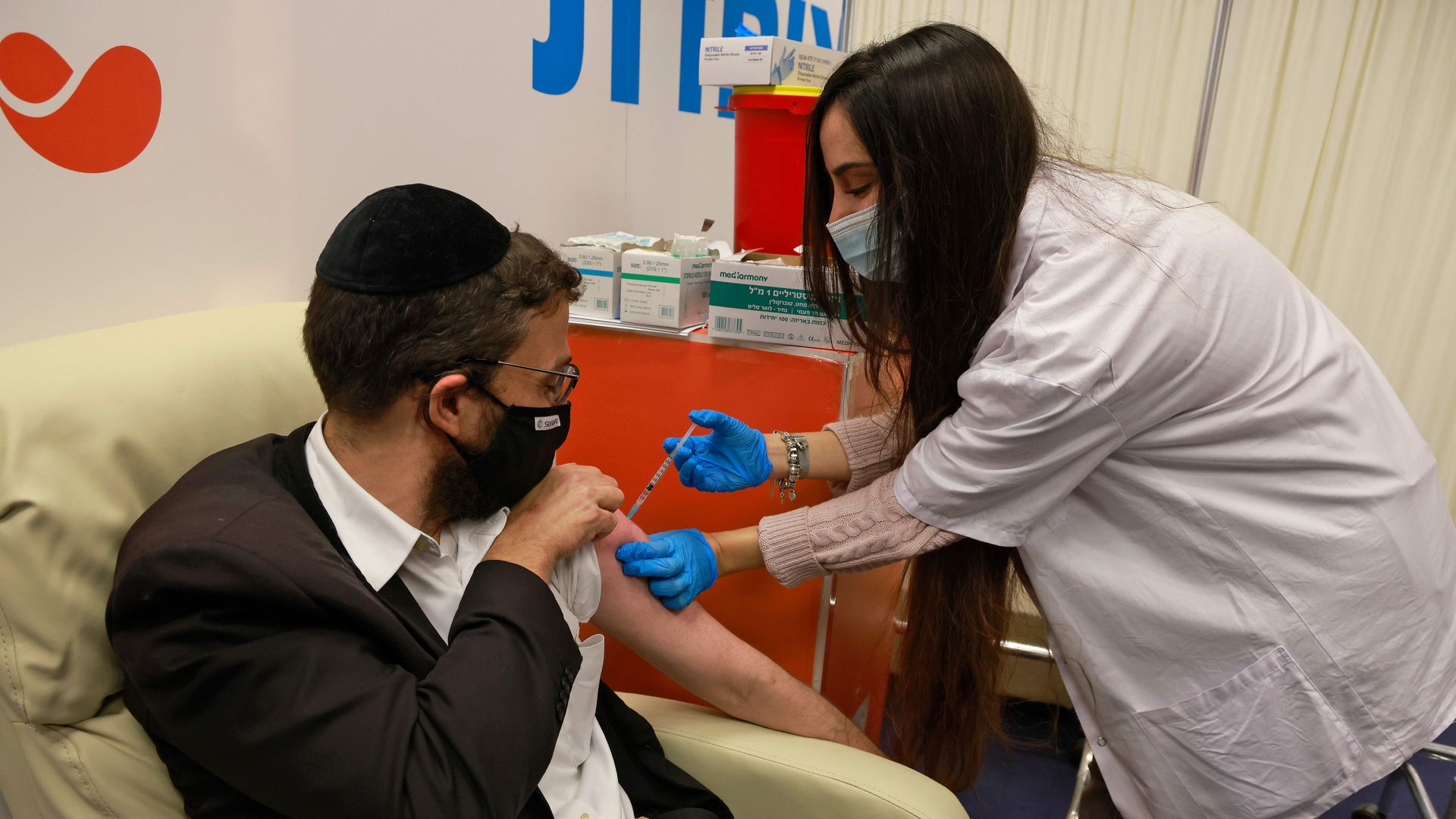 While the COVID-19 pandemic has turned almost all health systems worldwide upside down, Israel has managed to get all hands on deck. Leading the highest rate of coronavirus vaccination per person, with more than half of its population fully vaccinated, it is safe to say that Israel has led one of the most — if not the most — successful vaccination roll-out plans in the world.

However, across its border, in Palestine, a very different story is unfolding. As human rights activists push for vaccine equity, the looming tension between Palestine and Israel has seemed to halt vaccination efforts in Palestine. This vaccine disparity is partly due to many logistical restrictions imposed by Israel on its territory. The Israel-Palestine conflict exposes the dangerous problematic that Palestine, a partially-recognized state, is now facing whilst trying to get a hold of vaccines.

As their neighbors are getting vaccinated against COVID-19 at the fastest rate worldwide, a person in Palestine is 60 times less likely to receive a COVID vaccine than in Israel — a fact that’s very difficult to grasp in today’s world.

As Palestinians are left unaware of when they will get an injection, Israeli aid groups, leaders, and activists worldwide have advocated for the Israeli government to help facilitate vaccines for them. Additionally, despite their success thus far, refusing to acknowledge the plight of Palestinians proves problematic to their path to obtaining herd immunity. Without properly vaccinating their neighbors, Israel remains vulnerable to the pandemic.

As more than 130,000 Palestinians work on the other side of the borders, Israel has already begun to vaccinate Palestinian workers in Israel and those in Israeli settlements in the West Bank; however, many argue it has not faced up to its responsibility of vaccinating those under its occupying powers. As both the West Bank and Gaza are regarded by the international community as occupied territories, many believe Israel is obligated to vaccinate those in Palestine under the Fourth Geneva Convention. Moreover, the United Nations (UN) Human Rights body has released a statement urging Israel for equitable access to vaccines for Palestinians, arguing they have to dutifully provide them with the same vaccine access that their own citizens receive.

Supporters of Israel’s political leaders have counter-argued that under the Oslo Peace Accord, the semi-autonomous Palestinian Authority is responsible for its own health services and vaccination programs. However, UN experts have insisted upon the priority that international law takes over said accords, with the Geneva Convention clearly stating the duty of an occupying power to provide healthcare.

Additionally, Palestinian authorities have pointed out that the Oslo Peace accords argument by Israel goes against a part of said accords which states, "Israel and the Palestinian side shall exchange information regarding epidemics and contagious diseases, shall co-operate in combating them and shall develop methods for exchange of medical files and documents."

A small portion of Palestinians has been lucky enough to be vaccinated by Israel, made up of those living in East Jerusalem, as well as its Palestinian medics. Sadly, the vast majority of those in the West Bank and Gaza Strip — about 5 million people — remain unvaccinated.

As Israel attempted to forge deals with its allies in Africa, Europe, and Latin America to share its surplus vaccines, global pressure — such as that of the US President Biden — has urged Israeli leaders to start a vaccination set-up for Palestinians. On another hand, the United Arab Emirates and Beijing have pledged around 90,000 doses combined to Palestine. For its part, Israel has opened 12 vaccination centers in border crossings and industrial zones. However, optimism has become scarce within the Palestinian population, with the promised COVAX vaccine shipments recently postponed until May — as well as Israel’s Palestinian vaccination campaign.

Palestine’s situation goes to show the negative impact that vaccine nationalism has had on underdeveloped territories — whose vaccine accessibility solely relies on the support of world powers. We must pressure leaders to work as a collective against the challenge that COVID-19 presents worldwide. As Israel takes action and works towards vaccine inclusivity for those in its occupied territories, their moral and legal responsibility should serve as a reminder for all nations not to fall into a system of oppression.

Inequities in distribution to low and middle-income countries — while developed countries prioritize their own citizens — reflect the imperfect imbalance of vaccine coverage and the disconnection of marginalized communities in an interconnected world.