Vaccinating Immigrants Should Not Be Seen As “Radical”

Armed with coolers of flu vaccinations and consent forms in multiple languages, around 20 medical professionals visited the U.S. Customs and Border Patrol (CBP) headquarters in San Ysidro, CA, on December 11.

Elise Hsu
and
December 29, 2019
in
Immigration
Courtesy of the San Diego Union-Tribune 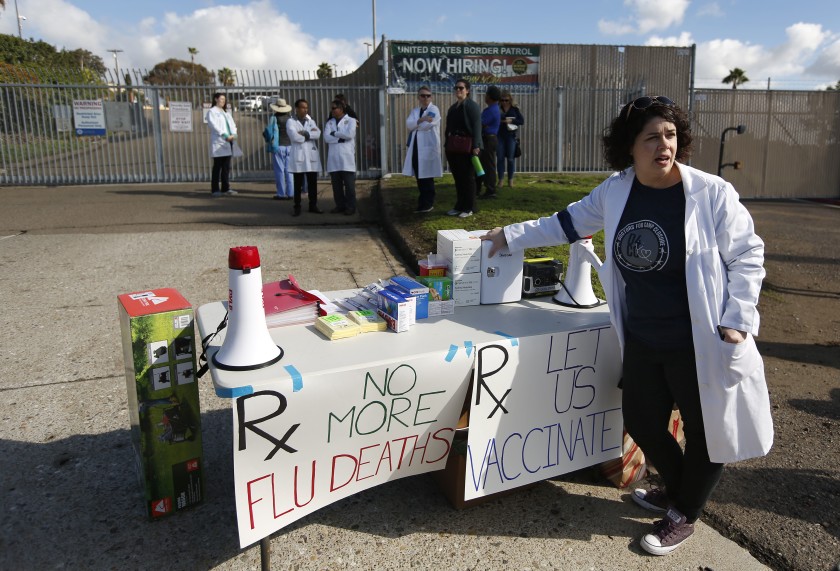 These are the names of the three children that have died in detention centers at the border between the US and Mexico due to preventable illnesses, including the flu.

Armed with coolers of flu vaccinations and consent forms in multiple languages, around 20 medical professionals visited the U.S. Customs and Border Patrol (CBP) headquarters in San Ysidro, CA, on December 11, according to MedPage Today. They planned on vaccinating as many children as they could, but according to the New York Times, they were not allowed to administer the vaccines, and six of the doctors were arrested for refusing to disperse. This incident was an unforeseen effect of a three-day vigil that the doctors were participating in.

A tweet from the Department of Homeland Security (DHS) denounced the protesting doctors, calling them “radical political activists.” How is wanting to vaccinate migrant children a radical opinion? Three children over the past two years have died of diseases that vaccinations could have prevented. People who have visited detention centers have said that they present unsafe living conditions. CBP’s refusal to let immigrants receive vaccinations sends a message as to how they see them, and it is not positively.

Human lives cannot be thrown away. It must be ensured that everyone has the right to be healthy, and vaccinating migrants is just one step towards this goal.