In an effort to promote equality for those identifying as nonbinary, intersex and so on, an option for a third gender has been added to passports by the State Department in July of 2021.

Aindree Chatterjee
and
September 12, 2021
in
LGTBQ+
Courtesy of Business Insider 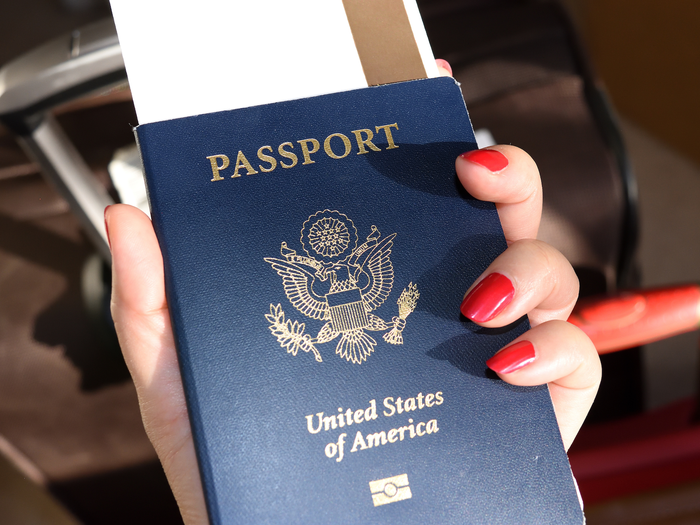 For years, American passports have had options for male and female in the gender section. However, in an effort to promote equality for those identifying as nonbinary, intersex and so on, an option for a third gender has been added by the State Department in July of 2021. The decision can really help solidify the movement for LGBTQ+ rights in the United States, as per Anthony Blinken, the Secretary of State. Blinken added that including a third gender option “is technologically complex and will take time”. Hence, they are exploring options to get a smooth result for passport holders.

However, those applying for a new passport will have the freedom to select their gender during the application procedure. Medical proof of gender assigned at birth is no longer needed for the arduous process. Thus, applicants don't have to be scared of being harassed for their gender identity any more. Human Rights Campaign President Alphonso David has praised how the process can be instrumental in promoting equality among Americans. Transgender people will also find travelling significantly easier under this new system. With the process in action, the USA will join the ranks of several countries, including India, Pakistan, Nepal, Australia, New Zealand, Canada, Denmark, and Germany, countries that have the option for a third gender in passports.

This event is definitely one of the biggest highlights of the year as it aims to make travelling more inclusive. We have seen instances of certain passengers and officials bothering travelers for their gender identity, being different from sex assigned at birth. The process not only does away with all confusion and misunderstanding, but also highlights excellent inter-agency cooperation in uplifting the status of the LGBTQ+ community. LGBTQ rights organization Lambda Legal however, have not expressed too much of a positive insight into the scenario because the government has not yet stated the tentative date for the bill coming to action.

The most common third gender option used in other nations is “X”. This can be used to encompass also those identifying as non-binary and intersex. Some American states like Washington already offer an “X” option as gender identifier on birth certificates, drivers’ licenses, and more. Joe Biden, while campaigning for his presidency had stated that  he would  “ensure all transgender individuals have access to identification documents that accurately reflect their gender identity.” This law may inspire future leaders and even the current leaders to come up with more such laws, to promote an inclusive environment for all.

The public, especially the youth, are happy at the prospect of this bill, which has the potential to reduce transphobia by significant amounts. We believe that every small contribution towards emancipation of members of LGBTQ+ folks has helped bring about a change in the mentality of leaders and we should all aspire to keep up our indomitable spirit to encourage upliftment of all minority groups!