Despite only 4.3 percent of the world’s population living in the U.S., the country contributes the most to plastic waste - producing 42 million metric tons of it in 2016.

Elizabeth Jones
and
December 11, 2021
in
Environment
Photo by: Justin Sullivan for Getty Images/AFP 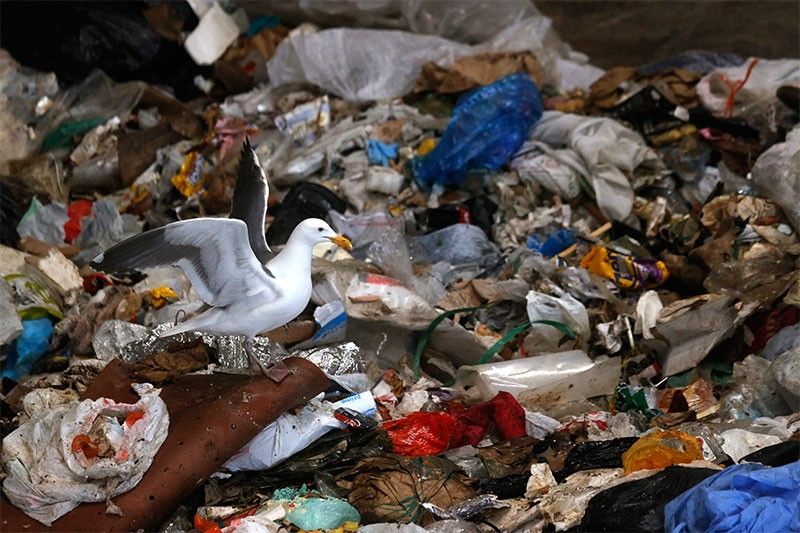 In a news release issued Dec. 1, the National Academies of Sciences, Engineering, and Medicine revealed that a new report, ordered by Congress last year, shows that the U.S. is the worldwide leader in producing plastic waste. They also urged the U.S. to develop and implement a strategy for reducing plastic waste, especially the amount put into the ocean. "This strategy should be developed by a group of experts, or external advisory body, by Dec. 31, 2022. The strategy's implementation should be assessed by Dec. 31, 2025," the news release stated.

Worldwide, approximately 242 million metric tons of plastic waste are generated annually. It is estimated that 8.8 million metric tons end up in the ocean. Scientists project this number to increase to 53 million metric tons, the equivalent to about half of the weight of all fish caught in the sea each year, by 2030 if current trends continue. Despite only 4.3 percent of the world's population living in the U.S., the country contributed the most to this waste-producing 42 million metric tons of it in 2016. That is roughly twice as much as China produced and is more than what every country in the European Union combined generated during the same year. Additionally, the report found that the overall amount of all solid waste produced by the U.S. per year is 2 to 8 times the amount produced by other comparable countries around the globe.

However, it is unclear how much the U.S. contributes to plastic waste in the ocean. "The committee was asked to estimate U.S. contributions to global ocean plastic waste, including both plastics produced in the U.S. and plastics made elsewhere that enter U.S. waste streams. The report presents several scientific estimates, but cautions that precisely defining U.S. contributions is not possible given gaps in data, monitoring, and reporting under existing law," the news release stated. Researchers have predicted that the estimates are likely conservative but still exemplified the vast scale on which the U.S. is adding to the problem of plastic polluting the sea.

"The volume is astounding," Margaret Spring, chair of the National Academies of Sciences, Engineering, and Medicine's Committee on United States Contribution to Global Ocean Plastic Waste, said in an interview with the Washington Post. "Plastics and microplastics are ubiquitous [present] in inland states too," she added about bodies of water like lakes and rivers.

This amount of plastic waste is severely harmful to the environment, in large part due to the lack of proper recycling in the U.S. Nationwide, only about 9 percent of plastic is recycled every year. "The problem is that many items have several kinds of plastic in them, so they can't be recycled or take a lot of work to separate, which makes it expensive," according to NPR's Lauren Sommer. Non-recycled plastics break down into small particles, known as microplastic, over decades or centuries. Microplastic contaminates the air, ground soil, water, and even food. They can also accumulate in human bodies, mostly from being consumed in food or water, which leads to health risks such as an increased chance of developing chronic inflammation and some cancers.

Earth's waterways and water bodies, especially the ocean, suffer the most from plastic waste. Consuming plastic is deadly to sea animals; it leads to severe digestive issues that often remain untreated in fish. It forms a blockage in the gut and ulceration in sea turtles and other mammals. These problems ultimately lead to death. Studies suggest that half of the world's sea turtles have ingested plastic. However, even birds are dying from plastic in the ocean. Seabirds are attracted to the bright colors of plastic, causing them to mistake it for the fish and other small sea animals they eat, which results in them consuming the plastic and eventually dying. In addition to sea turtles and different marine life, seabirds have also been known to get caught in debris from plastic waste, which leads to strangulation and suffocation.

Bisphenol A (BPA), a toxic chemical compound commonly found in plastic, pollutes the ocean's water. It uses oxygen to degrade, thus lowering the ocean's oxygen levels, harming marine animals like whales, dolphins, and penguins. BPA also harms other aquatic life forms; for instance, BPA has been proven to negatively affect root growth in plants. This is bad for people, too, because BPA is harmful to the human body and a large portion of the food and water consumed by people worldwide comes from the ocean. One example of this is that since 2011 the BPA concentration in fish has increased by ten times. Scientists have concluded that the only solution to these problems in the ocean and other issues is to remove as much plastic from the sea as possible and stop adding more.

A common way well-intentioned people try to keep their plastic waste out of the ocean is recycling. However, the news release stated, "The report says today's recycling processes and infrastructure are grossly insufficient to manage the complexity and quantity of plastic waste produced, and that a large portion of plastic waste is disposed of in landfills." Because most plastics are made up of multiple chemicals, it is often difficult to find a base material to isolate and then recover for reusing. Additionally, it is cheaper to make a plastic product from scratch than create one from recycled materials. Some plastics, like polyethylene terephthalate (PET) plastics often used in water bottles and shampoo bottles, are in high demand by consumers and are easy to recycle. Yet, in 2018 only 29 percent of the plastic from these bottles and similar products was recycled.

The report concluded that the U.S. needs to expand its recycling system. According to the 2020 State of Curbside Recycling Report by The Recycling Partnership, just half of Americans have automatic access to curbside recycling. Furthermore, recycling bins in the U.S. often combine glass, paper, cardboard, aluminum, and plastic. While single-stream recycling is more convenient for the consumer, it makes sorting recyclable plastics more complex and often leads to the entire batch going to the landfill. Some plastic is incinerated with other waste, which is used to generate power, but this has increased greenhouse gas emissions and released toxins into the air. Incinerators also tend to be located in low-income communities, which already suffer from high rates of air pollution. Residents in these areas are subject to an increased risk of asthma, cardiovascular disease, premature births, and other health concerns due to air pollution. Residents in these communities are also less likely to have health insurance or afford medical bills.

Because of the apparent harm to both Earth and people, the report called for the U.S. to create a strategy to combat the production of plastic waste. It outlined six stages for intervention: reducing the production of plastic, developing more plastic substitutes, reducing the use of disposable plastic (possibly by banning certain products), improving waste management, cleaning waste from the environment, and minimizing at-sea disposal.

"A lot of U.S. focus to date has been on the cleaning up part. There needs to be more attention to the creation of plastic," said Spring to the Washington Post.

In Germany, the leading country in waste management, regulations ensure that companies are held responsible for having recyclable packaging. They have also implemented a Green Dot policy; this law requires companies to label recyclable goods after having them approved. The country also uses five bins to separate trash and different recyclable materials. Ultimately, 70 percent of all waste generated by Germany is adequately recycled, and many climate activists use them as an example of reducing plastic waste.

The report has sparked many concerns about the United States' contribution to waste. Politicians from both sides of the aisle have supported combating plastic waste, and environmental activists are cautiously optimistic that positive change will ensue. The plastics campaign director for the advocacy group Oceana, Christy Leavitt, released a statement saying, "We can no longer ignore the United States' role in the plastic pollution crisis, one of the biggest environmental threats facing our oceans and our planet today."