General Frank McKenzie, Marine Corps and head of U.S. Central Command, initially proclaimed the attack a success, arguing that “it averted an imminent threat to [U.S.-led troops stationed] at the airport.”

Kendall Carll
and
September 25, 2021
in
World
Courtesy of CNBC 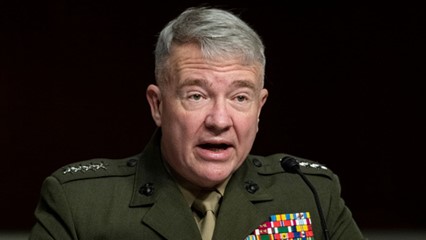 In the wake of a New York Times visual investigation, the Pentagon acknowledged that an Aug. 29 drone strike, the last before American troops withdrew from Afghanistan, was a “tragic mistake that killed 10 civilians, including seven children.” The admission was publicized a week after the NYT challenged the military’s claims that it struck an explosive-laden vehicle headed for the Hamid Karzai International Airport. Instead, investigators concluded “the car posed no threat at all.”

General Frank McKenzie, Marine Corps and head of U.S. Central Command, initially proclaimed the attack a success, arguing that “it averted an imminent threat to [U.S.-led troops stationed] at the airport.” Even as the military received indications of multiple civilian casualties, top defense officials called the attack “‘righteous’.” The story changed quickly, as the NYT piece “How a U.S. Drone Strike Killed the Wrong Person” sparked an investigation within the Pentagon – one that, perhaps unsurprisingly, revealed that the strike was a grave mistake. With the largest budget in the world, the military managed to mistake water bottles for explosives and gas tanks for a secondary bomb. Defense Secretary Austin explained in a statement that among the innocent victims was Mr. Adhmadi “who [was working] or a non-profit called Nutrition and Education International.” Notably, not ISIS-Khorasan. General Milley, despite describing the civilian deaths as “heart wrenching,” placed blame on the fog of war, claiming that commanders had both the authority and reasonable suspicion needed to carry out the strike because of “a dynamic high threat environment.” But this public relations inspired justification doesn’t align with the military’s internal workings, as “Austin himself will have to authorize any future strikes,” revealing leadership's rightful lack of confidence in field commanders' sense of restraint.

More concerning than the gross ineptitude of the strike itself, however, was the Pentagon’s commitment to telling Americans a false story. Indeed, “almost everything senior defense officials asserted [ . . . ] after the [ . . . ] strike turned out to be false.” Shrouded in a vague secrecy, the military’s top general first reported that the strike had killed an ISIS facilitator among “unidentified ‘others,’” failing to specify any further.

Horrifically fitting, the strike and subsequent coverup capped the messy ending of a 20-year war. While the right-wing enthusiasts may be quick to pass blame to Biden, arguing that a lack of military presence has eroded effective U.S. intelligence capabilities, such assertions are deeply flawed. It remains unclear how both The Washington Post and The New York Times were able to exactly identify the driver of the vehicle, while the military was unable to confirm his identity even weeks after the attack. Few would contend that Afghanistan is an easily navigated threat environment, but that is all the more reason for restraint rather than extrajudicial preemptive strikes.

Even in the face of tragedy, there is some degree of hope found in these developments. Democracy worked: the free press conducted independent investigations revealing governmental mistakes and demanding corrections. In a time where “two-thirds of Americans believe democracy [ . . . ] is under threat,” any semblance of accountability is to be appreciated.