UPS is being accused of allowing the existence of a racially inhospitable work environment. 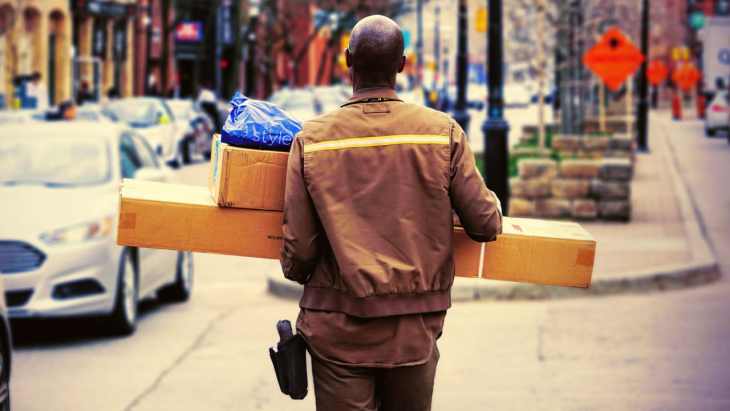 Nineteen former and current African-American workers from a UPS distribution center in Maumee, Ohio are suing the company, alleging repeated racial discrimination and workplace harassment. The company, along with five managers and supervisors, are being accused of allowing the existence of a racially inhospitable work environment.

The workers behind the lawsuit have allegedly been subjected to racist remarks while the management ignored or even encouraged the hostile behavior. Workers also report the company denying black employee candidates the opportunity to join their team on the basis of race. White employees with less experience were favored for promotions on the premise of seniority, passing over much more qualified black workers. In addition to the racially discriminatory hiring practices, the 46-page lawsuit highlights several specific incidents that workers, some of whom have been at the company for decades, have witnessed.

According to the lawsuit, in July 2016, one of the defendants hung two nooses over the desk of an African-American employee. Management did nothing to stop the situation; instead, supervisors and white co-workers ridiculed and taunted the black worker. Although the employee who hung the nooses was fired, the victim was also threatened with disciplinary action and told to not speak about the incident. Days later, a different African-American employee received group text messages from white co-workers regarding possible lottery winnings. The messages mocked the incident, and contained references such as “If you feel down and out, the noose is loose,” and “Can we buy another noose with the winnings?”. This incident was reported to management, but again, it was to no avail. The white co-workers maintained that it was a joke, and no further disciplinary measures were taken.

Similarly, the report continues on to say that in September 2016, a white worker refused to deliver packages to a predominantly black neighborhood, using obscene racial slurs to describe the community. Although the worker was originally fired, she was reinstated almost immediately.

In short, the lawsuit argues that a combination of these clearly racist incidents along with racially biased hiring policies created an unfriendly and uncomfortable work environment for UPS’s black employees. Lawyers are asking the judge to award each worker at least $25,000 in compensatory damages, legal fees, and an unspecified amount of punitive damages “to deter future unlawful conduct.” Unbelievably, this isn’t even the first time that UPS has been charged with discrimination. In April 2016, UPS agreed to a $5.3 million settlement after eight African-American employees sued the company for “fostering a hostile workplace” in Lexington, Kentucky. This company has an undeniable history of abusing and racially discriminating against its employees.

$25,000 cannot come close to paying for the suffering that UPS’s black employees have endured. No amount of money could ever compensate for what this job has cost them. In this distribution center in Ohio, African-American UPS workers were relentlessly harassed, causing them to feel unsafe in their place of work. Today, in 2019, the dehumanization of these employees is unacceptable, and quite frankly, unforgivable. The fact that a multimillion-dollar company like UPS has allowed for this culture of racism to thrive is outrageous and disgusting. The hostile work environment that has been allowed to grow is comparable to those of the 1960s. A 1960s work environment simply does not belong in 2019.