So what exactly is “critical race theory”, and why is there so much debate over it?

Tanishka Shah
and
July 12, 2021
in
Race
Courtesy of MSNBC 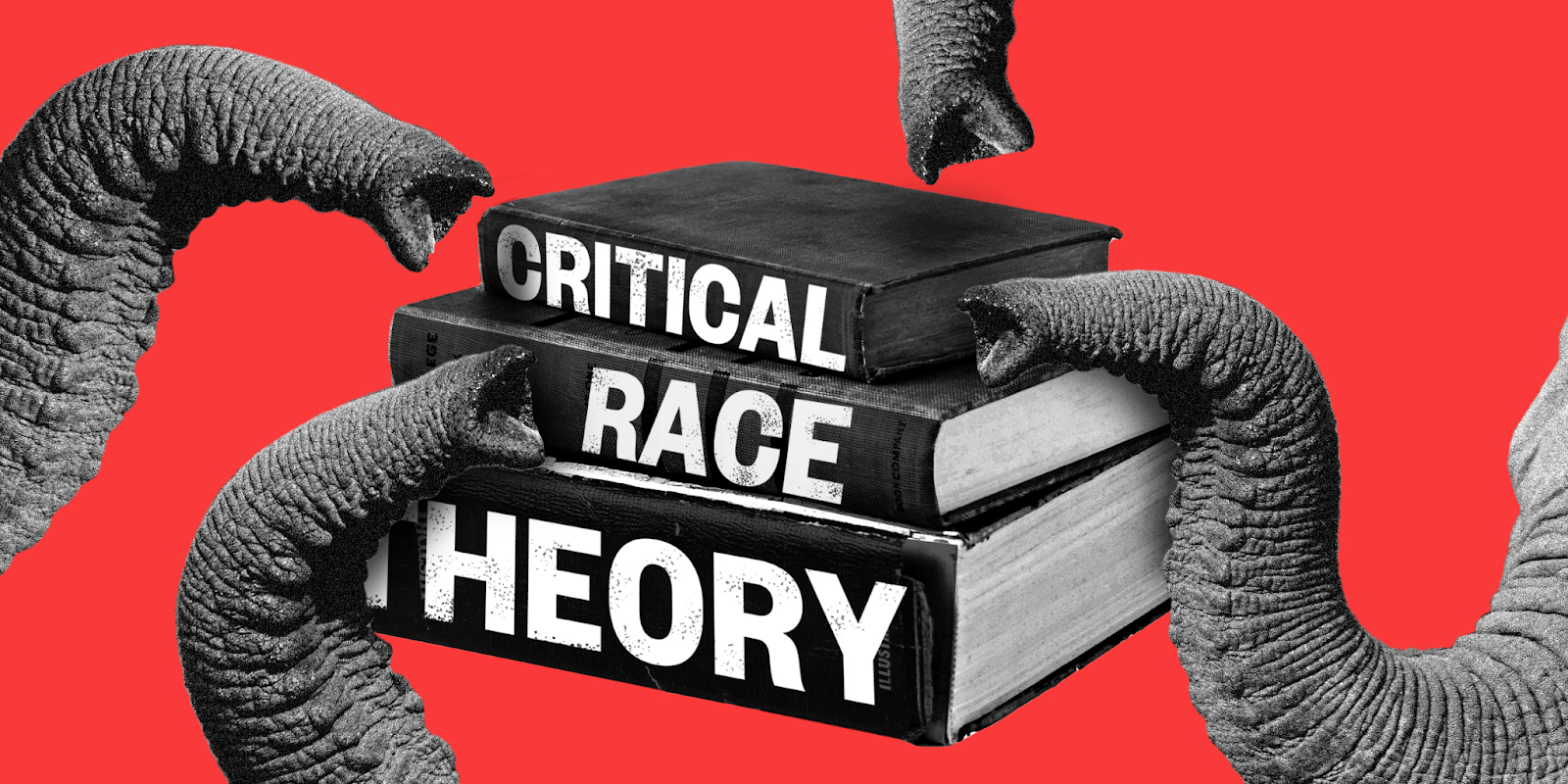 On May 14th, a bill banning the teaching of critical race theory in federal institutions and a resolution emphasizing “the dangers” of teaching the theory in schools was introduced by several congressional Republicans. The announcement was accompanied by statements from the representatives, claiming that the critical race theory encourages discrimination and stokes division.

Liberals and conservatives in the US have been enveloped in a sharp debate on whether “critical race theory” is a way of understanding how public policies are shaped by systemic racism, or simply an estranging discourse perpetuating racial conflict.

Over the past year, references to critical race theory have become increasingly prominent and controversial. The latest front in the culture wars over whether or not critical race theory is an “intellectual toolset for examining systemic racism” and questions about how American students should learn history and civics with regards to the country’s undeniably racist past are constantly rising. Rooted in academia, this ‘new’ way of teaching has spread like wildfire across national headlines as Republican officials across the country seek to prevent it from being taught in schools.

In reality, the divisions are not nearly as neat as they may seem. The events of the last decade have made civilians increasingly more aware of systemic racism in the forms of housing segregation, the legacy of enslavement on Black Americans, and the impacts of criminal justice policies from the 1990s. However, there is much less consensus on the government’s role in righting these past wrongs. Moreover, drawing children and education into the central narrative around this topic has made the debate especially volatile.

So what exactly is “critical race theory”, and why is there so much debate over it?

Critical race theory is an academic concept first developed by legal scholars Derrick Bell, Kimberlé Crenshaw, and Richard Delgado 40 years ago. It argues that race is a social construct and that the concept of white supremacy remains embedded in modern day society in the form of legal systems and policies. It rejects the idea that laws are inherently “neutral”, and that racism is solely a product of individual prejudices.

It also emphasizes the negative impact of systemic racism on racial minorities in various sectors including schools, doctors’ offices, and the criminal justice system. One example of this systemic racism was when in the 1930s, lines were drawn around areas deemed as poor financial risks, often explicitly on the basis of the racial composition of the inhabitants. Banks subsequently rejected offering mortgages to Black people in those areas.

This academic understanding of critical race theory is different from its interpretations in recent popular books and especially from its portrayal by critics. Critics argue that the theory leads to negative dynamics, such as a focus on group identity over universal and shared traits, divides people into “oppressed” and “oppressor” groups, and urges intolerance.

Thus, it is evident that there is a good deal of confusion over what critical race theory truly means, as well as its relationship to other terms that have entered the mainstream in the last few years, such as “anti-racism” and “social justice,” with which it is often associated.

Critics of this intellectual framework often allege that it is divisive and even racist to examine the role of race in the legal U.S. systems and structures. Opponents also assert that critical race theory is a Marxist framework that suggests that white people should feel “guilty” for their skin tone and that the nation is inherently evil. Others claim that the theory advocates discrimination against white people in order to achieve equity.

A contrasting argument suggests that critical race theory does not align with the culturally relevant teaching that emerged in the 1990s. The 1990s teaching approach sought to proclaim students’ ethnic and racial backgrounds and was intellectually rigorous. However, it’s related to the current implementation of the theory in the sense of its aims to help students identify and critique the causes of social inequality in their own lives.

Conservative politicians have pushed back on the attempts to talk more often about race. Critics say teachers are trying to “rewrite history” and should not consider race when interacting with students. Proponents counter that discussing race creates a more inclusive atmosphere in schools and helps students overcome systemic barriers that may restrict their excellence.

Fundamentally, the disagreement springs from the difference in conceptions of racism. Critical race theory highlights outcomes, not merely individuals’ own beliefs, and it calls on these outcomes to be examined and revised as required. Among teachers, lawyers, policymakers, and the general population, there are many disagreements about how precisely and frequently to evaluate the outcomes, and to what extent race should be explicitly appealed to or referred to in the process.

As for critical race theory in general, its popular representation in schools has been far less nuanced. A recent poll by the advocacy group Parents Defending Education claimed that some schools were teaching that “white people are inherently privileged, while Black and other people of color are inherently oppressed and victimized”, that “achieving racial justice and equality between racial groups requires discriminating against people based on their whiteness”, and that “the United States was founded on racism.” Thus much of the current debate appears to root from fear among critics that students—especially white students—might be exposed to supposedly damaging or self-demoralizing ideas.

Hence, as of mid-May, legislation purporting to outlaw critical race theory in schools has passed in Idaho, Iowa, Oklahoma, and Tennessee, and has been proposed in various other state legislatures. The bills are so vaguely written that it’s unclear what they will affirmatively cover. It’s also unclear whether these new bills are constitutional, or whether they impermissibly restrict free speech.

Overall, there is no clear consensus on whether or to what extent critical race theory informs schools’ heightened focus on race. Most teachers do not use the term “critical race theory” in front of students, and they generally do not ask them to read the work of legal scholars who use such a framework. Some lessons and anti-racism efforts, however, reflect foundational themes of critical race theory, particularly that systemic racism in the United States is prevalent. It really is dependent on individual opinion and perspective as to whether or not critical race theory is affecting students negatively, and to what extent, if any, it is appropriate to restrict this aspect of history and civics education in the US.

Have We Really Seen The End Of Colonialism?