Alana Esposito
and
December 25, 2020
in
Women's Rights
Photo via the Associated Press 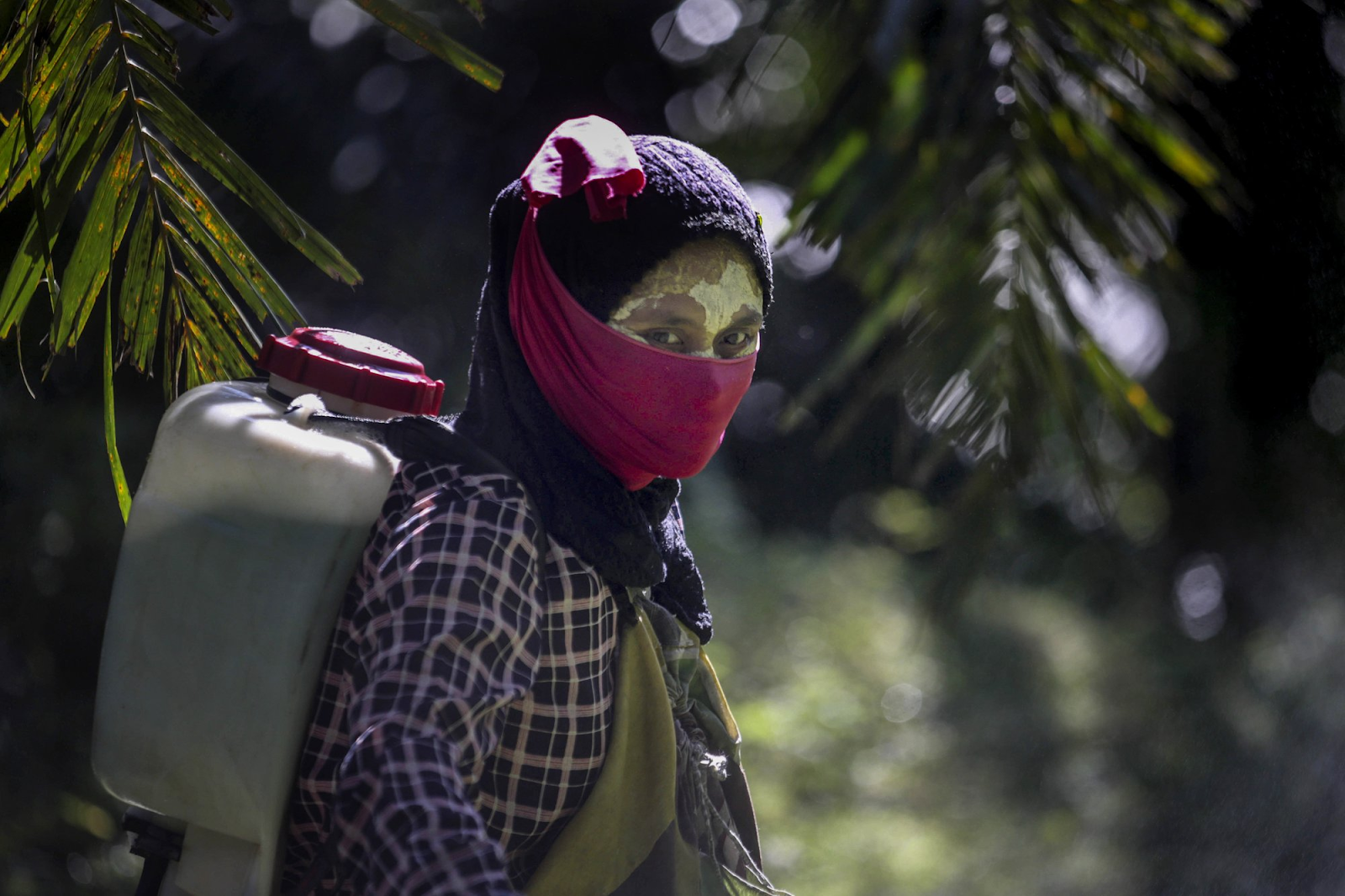 From detergent to chocolate to “eco-friendly” biodiesel, palm oil is an essential ingredient in everyday products. Often, it might not even be listed on a label as “palm oil” but instead exist under cryptic names such as vegetable oil, sodium laureth sulfate, ethyl palmitate, sodium kernelate, elaeis guineensis, stearate, glyceryl, and more, making it difficult, even impossible, to avoid. The palm oil industry, much of which comes from farms in Southeast Asia, comes at a steep cost to workers and the environment. From rampant sexual assault to unsustainable harvesting practices, palm oil acts as a proliferating fuel for an engine of exploitation.

Today, palm oil is the most used vegetable oil in the world. Palm oil’s success, and staggering increase in production in recent years, comes from its creamy texture, which allows for the many applications and the efficiency of its trees compared to other plants. But while it may make for efficient use of the land, palm oil is also responsible for massive deforestation in Indonesia that significantly increases the rate of climate change. The resulting deforestation has begun to push species like Bornean orangutans closer to extinction. In Sumatra, Indonesia, entire villages have been destroyed with their inhabitants left with nearly nothing in order to make room for palm oil plantations. Climate change has serious consequences for the region. Forests, necessary habitats for a diverse and vibrant ecosystem, are burned, contributing to air pollution. Resulting soil erosion creates a higher risk of flooding. Carcinogens, pesticides, and chemicals contaminate water sources. Palm oil not only has devastating impacts on the environment, but on people as well.

Most palm oil plantation workers are women in Malaysia and Indonesia, who produce eight-five percent of the world’s palm oil. These women are forced to trudge through the contaminated waters for hours with no protective equipment and a pittance of pay; many work for only $2-5 a day while others work for no pay at all as they try to help their husbands meet large quotas. In the palm oil industry, men are given full-time positions where they have a guarantee of work; almost all plantations are supervised by men. Women, on the other hand, are sub-contractors, given work on a daily basis with no guarantee for a long-term position, or the benefits of continuous employment.

There are countless stories of women who were assaulted, harassed, and raped by their supervisors. In addition to the abusive culture fostered by male supervisors, women are weakened by hard labor and the heavy loads that they are forced to carry. The chemicals they spray get on their skin, causing itching, burning, and loss of vision. They experience dizziness, trouble breathing, the nails on their skin and toes become discolored and injured. Pregnant women have had miscarriages and stillbirths, while other women struggle with infertility.

Defenders of the industry will argue that palm oil has brought much needed wealth to the region, resulting in new roads, schools, and satellite television in places like Sabah, Malaysia. But at what cost?

The exploitation that exists within the palm oil industry is a product of the dehumanization of women in developing countries. Companies cannot continue to prioritize profit over people.

When a palm oil worker named Defrida was asked what she would say to those who bought palm oil products she replied, “Oh, my God! Please pay attention to our lives.”