Understanding Gender in the Workplace and Beyond

Digging deeper into the stereotype of a typical woman 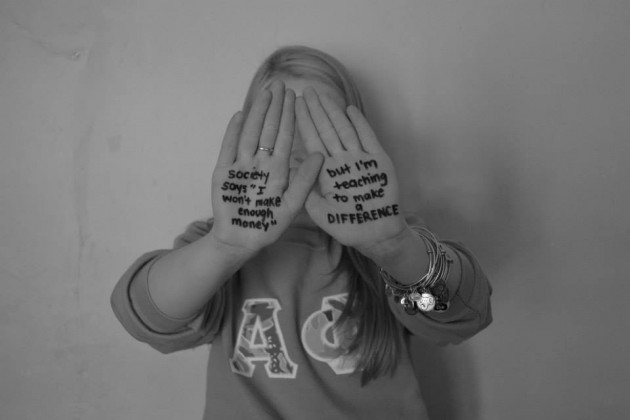 The other day, I found myself joking around with my dad, whom I consider to have a good relationship with, about some negligible topic that happened to cross the line of appropriateness between father and daughter. I could sense as the jokes got more and more unbecoming that my father would hold himself back from laughing more and more, and I pointed this out to him. I proceeded to ask why he seemed to be holding back from joking around with me; unlike he had done with my older brother. To this he replied that a “different relationship” exists between a father and a son than between a father and a daughter.

After he said this, I was a bit taken aback. My initial thought was that we are both his children, so why would our genders determine our relationships with our father? But instead of saying that aloud, I simply asked, “How so?” Next was I met with explanations revolving around the idea that women are more “delicate” (for lack of a better word) than men in nature, and it is more “shocking”, though admittedly funnier, when a woman displays coarseness of character than when a man does.

Our conversation then drifted into discussing the various women with whom my dad works. He distinctly observed that there is one woman in his business who seems to “overcompensate” for her gender by expressing her authority in a way that puts too much pressure on her coworkers. We both agreed that her negative behavior was most likely a result of feeling inferior as a woman, and needing to rise herself up in whatever way possible to try to prove herself in the workplace. On the other hand, he also mentioned a woman who took a more passive approach in the business and ended up being promoted to a high ranking although she was overlooked for the job several times before being appointed despite being the obvious best choice for the position. The fact that she was a woman hindered her opportunity at gaining that leadership position, and it was not until a few men were fired that she was finally given the job, where she quickly flourished.

In my opinion, gender should not affect one’s quality of life, from trivial examples such as the extent to which a joke is received or even in circumstances as extreme as getting promoted in a company. It is high time that society enforces equality among all people, and treats each other without preconceived judgments. On a personal level, I would like to be able to go about life without being hindered or viewed differently because of my gender, and I know there are others who feel the same about the same or another aspect of their lives. So although it can sometimes be hard and against human instinct, let us be reminded to meet every new acquaintance as a blank slate without bias and with warmth.