During her recent speech to the House of Lords, the Queen announced that the UK government plans to ban conversion therapy aimed to change a person’s sexual orientation, gender identity, or gender expression.

Kartikay Sharma
and
June 15, 2021
in
LGTBQ+
Courtesy of the New Scientist 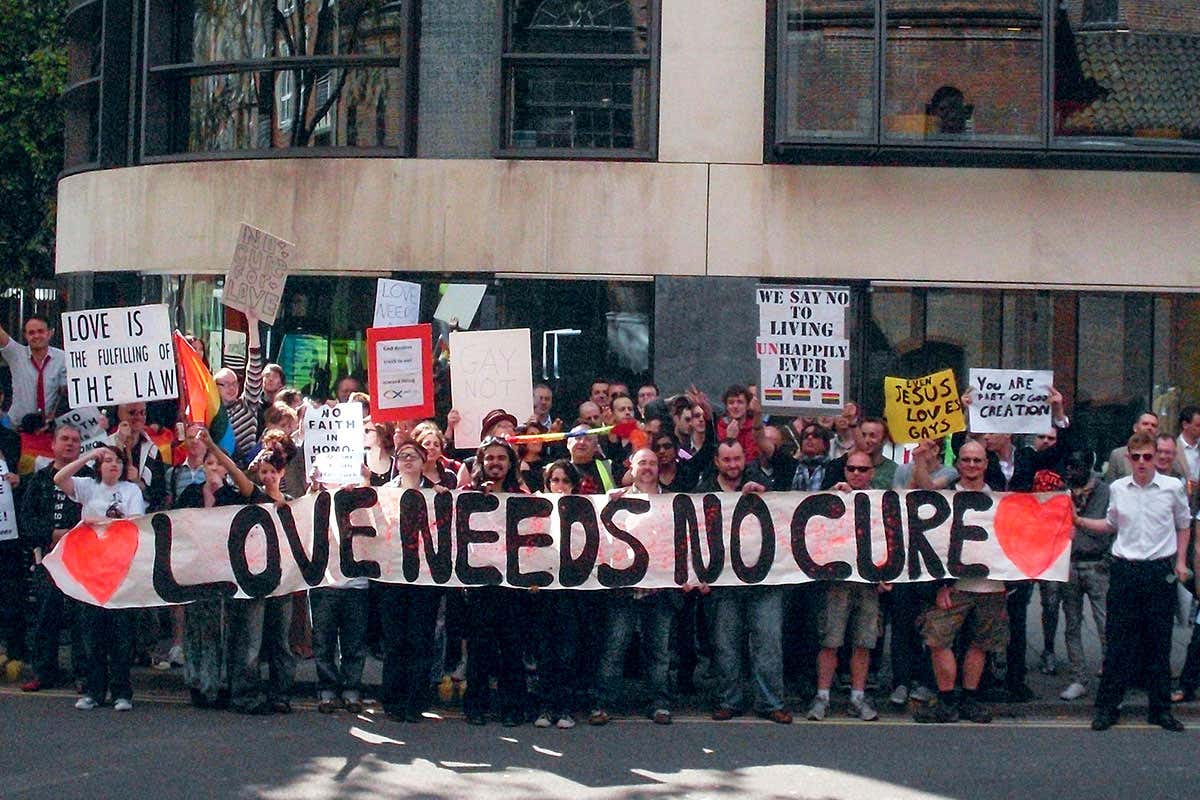 Trigger Warning: This article discusses topics like conversion therapy, depression, use of stimulants, mental and physical health. If you are sensitive to this topic, please exercise caution while reading.‍

During her recent speech to the House of Lords, the Queen announced that the UK government plans to ban conversion therapy aimed to change a person’s sexual orientation, gender identity, or gender expression. This comes after Johnson’s party came under pressure when ex-leader Theresa May spoke about this issue in 2018. Boris Johnson’s government is not planning to ban the practice right away; rather, they are planning to first “protect” professionals in the areas where there are high rates of conversion therapy, like therapists and teachers, and to uphold religious freedom in the name of “legitimate” forms of pastoral support.

Conversion therapy has been a serious issue in many countries and in some cases, has taken the form of violent revolts and court proceedings where cases still haven’t been solved. Because the practice has come under increasing scrutiny, providers frequently change their terminology to avoid detection. Due to a lack of awareness about this topic, many  people have issues opening up about their sexual orientation in the expectation that they might face rejection, leading to loss of self-confidence, usage of drugs, depression, and many more.

In countries like India, conversion therapy is still, unfortunately, a common practice. Even after the tragic suicide of Anjana Harish, a 21-year-old bisexual woman in Goa, which sparked online protests, the practice is still widespread in India.

In June 2020, UNHRC received a report by Victor Madrigal-Borloz, an expert on gender and sexuality, in which he conducted research in over 100 countries in which conversion therapy is still in practice. 8,000 victims were interviewed and 98% of them reported that it had caused them psychological or physical damage.

As a community, we still have a long way to go to reach a point where LGBTQ people are comfortable with talking openly about their sexual orientation and there is no societal pressure that can affect their mental and physical health. Luckily, the UK government’s move away from conversion therapy is a step in the right direction that has the power to inspire change in the way LGBTQ people are perceived, both on an individual and institutional basis.