The incident justifiably alarmed both activists and academics.

Zephyr Alkali
and
September 12, 2021
in
Tech
Courtesy of the Washington Times 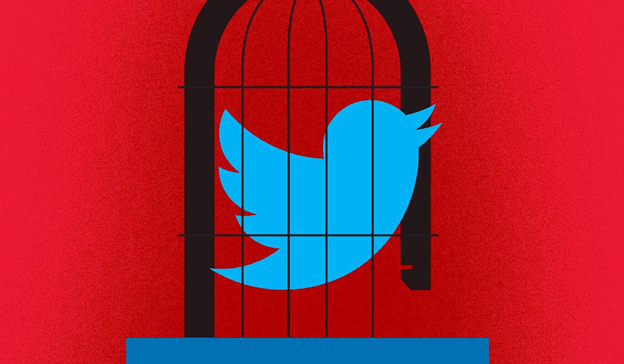 The topic of social media censorship, specifically on the platform Twitter, has been a frequent topic in mainstream discourse in recent years. And yet instances like the following, when Twitter temporarily restricted the account of a New Zealand academic and expert that mocked Chinese President Xi Jinping, have certainly not received the attention they should.

On the first of July, University of Canterbury Professor Anne-Marie Brady sent out satiric tweets which were intended to mock Xi Jinping and the celebrations held in honor of the 100-year anniversary of the Chinese Communist Party (CCP). Soon after, her account was restricted, and later, suspended. The professor would report that a warning on her account read that “there has been some unusual activity from this account”. Other international experts on China would notice the suspension of her account, understandably turning to complaining about the occurrence. Approximately 18 hours later, Twitter reversed the account suspension and made the tweets that had been taken down available again. Professor Anne-Marie Brady told Newshub that Twitter did not notify her or give her any sort of explanation.

The incident justifiably alarmed activists and academics. Many suspected that the restriction and suspension was a result of, or at the very least, involved pressure from China. A spokesperson, however, denied the claim that Twitter coordinated with the Chinese government to suppress free speech, reaffirming that Twitter supports “a free, global and open internet” and is a “staunch defender of freedom of expression". However, based on the platform’s recent actions, the statement’s integrity is becoming more and more questionable.

The potential implications of not just Twitter but all social media platforms intentionally implementing policies limiting freedom of speech due to pressure from the Chinese government as a way to grow their overseas user base are worryingly dangerous. Regarding the future of speech and content on social media platforms, activism against the Chinese government could be restrictingly limited and constrained with this precedent. The Chinese government is already facing legitimate criticism and backlash regarding their presence in African countries and the repression and cultural genocide of the Uighurs in Xinjiang. Whether criticism be satirical, as done by Professor Anne-Marie Brady, or blunt and unironic, condemnation still remains a crucial method for government reform.

Even if this was truly a mistake from Twitter’s automated algorithms, and not an intentional mistake, as Twitter claims, then that raises another, possibly more, concerning question. As algorithms are inevitably susceptible to biases and mistakes, is it too soon to be giving them practically total control to take action against people speaking about controversial topics and criticizing influential figures and institutions, especially when these automated actions can result in suspensions and/or bans? Especially depending on the biases that automated algorithms act on, automated censorship of controversial topics could prove to be a growing obstacle for activists who are trying to spread information and organize on major social media platforms.

The importance of protecting free speech, whether it be spreading critical information or even just mocking a national leader, is an ever pressing issue as major tech companies and social media platforms continue to gradually restrict free use of these platforms.

If such censorship becomes the norm, large influential figures, organizations, and institutions will be essentially shielded from criticism. The implications are certainly not positive.