The home of the brave may no longer be synonymous with the land of the free. 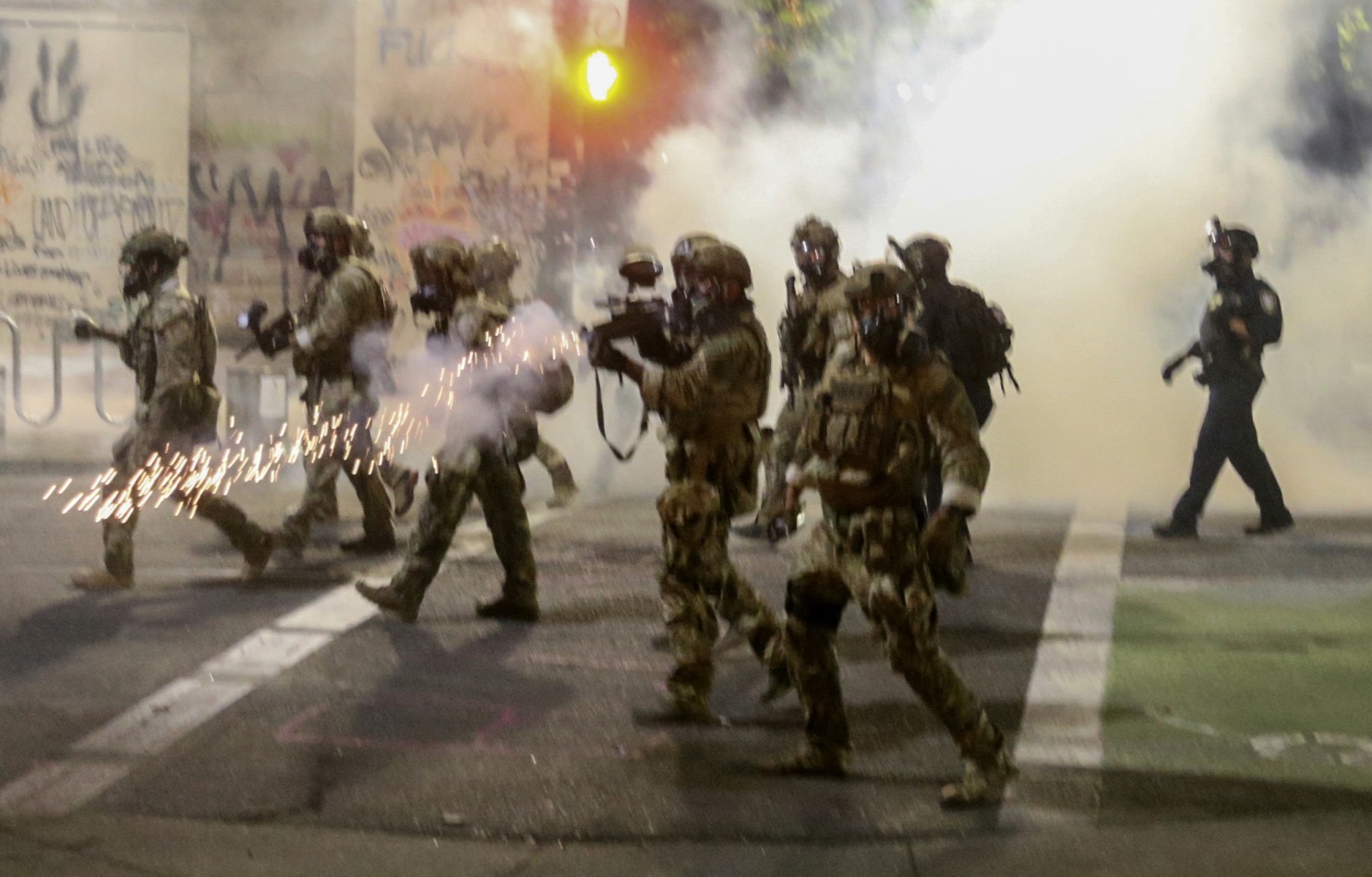 Soldiers being called in to control protests, shooting tear gas and projectiles, and arresting peaceful civilians in unmarked vehicles. At any other time this would be a description of a foreign authoritarian state - but now it's the United States of America. The home of the brave may no longer be synonymous with the land of the free. The Black Lives Matter protests have shaken America, and a major example of this is Portland, Oregon, where the protesters have been marching every day since May 29th, 2020. Normally, this large sustained protest would be a beacon of hope for the United States, and symbolize the potential for America to reckon with and fix the racism deeply rooted in society. Yet, this protest took a dark turn when President Donald Trump sent federal troops to take control. When they arrived, they drove back and arrested peaceful protesters, causing tension and anger in the area.

Trump stated that he sent these troops because the government needed to protect the Federal courthouse in the area from the “anarchist and agitators,” which is what he called the (mostly peaceful) protesters. Along with this, during the same press conference, Trump claimed that the federal troops “didn’t come too often out of the cocoon,” which was fenced in part around the courthouse. This claim was also false, and has been proven false through video footage and personal accounts from protesters.

One such account was from Mark Pettibone and his friend Conner O'Shea, given to Oregon Public Broadcasting. In their statement they said that a group of protestors West of Chapman Square warned them about people in camouflage driving in unmarked vehicles and taking people off the streets. Pettibone stated that when these camouflage individuals stopped them, they “tossed [him] into the van” and took him to a building, later understood to be the federal courthouse. Once there he was placed in a cell and asked if he wanted to waive his rights and answer questions, but he declined and was released ninety minutes later without receiving any written record of his arrest. The main issue with this arrest was that Pettibone did nothing wrong - he was just attending the protests.

Along with the issue of unmarked vehicles and law enforcement arresting protesters for no reason, the presence of these law enforcement officials has raised tensions in the city and has ultimately backfired for Trump. The Governor of Oregon, Kate Brown, made clear in a statement on the Oregon government website that  the “federal officers have acted as an occupying force, refused accountability, and brought violence and strife to our community.” Her claim echoes the anger and frustration many citizens in Oregon feel due to the presence of federal officials and the aggressive tactics, such as shooting of tear gas and rubber bullets, used by these officials. However, this angering behavior was not something the Portlanders were going to take sitting down. The federal forces led thousands of more protestors to the streets and reinvigorated the spirit of many. This large increase in protestors revealed a failure in Trump’s plan to create order in the city.

Ultimately, the Trump administration gave into requests from Oregon’s state government and agreed to a phased removal of the federal troops from Portland. This action was an admission of defeat for the administration and proved that trying to suppress the protests made them stronger. Even with this victory, it is important to look at the implications of the deployment of the federal forces in the first place. Trump’s stance on sending in federal troops has not been diminished by this recent withdrawal, and he has made claims to send in more federal forces into democrat-controlled cities. This deployment of forces to create “order” is dangerously similar to an authoritarian regime. The unmarked vans and officers arresting innocent protestors and the violent crowd control tactics reveal a threat to our fundamental right to peacefully assemble. This attack on rights may become an attack on our democracy.